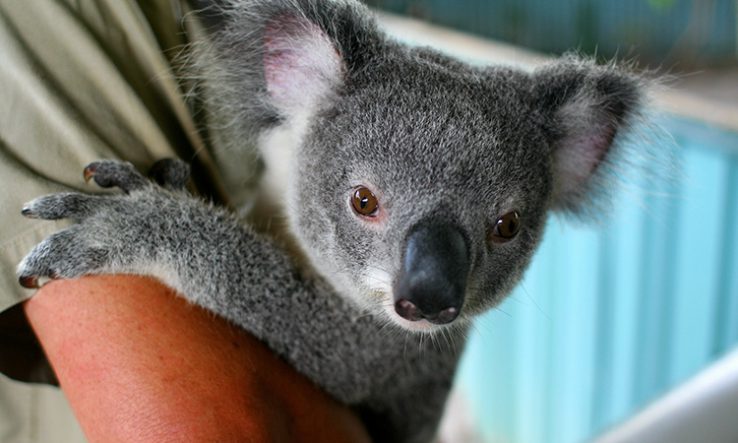 Volunteer wildlife carers treating burned and injured animals rescued from bushfires across eastern and south Australia are exposed to significant “trauma and anxiety”, a Sydney medical academic has said.

Mel Taylor, a psychologist at Macquarie University, has spent more than five years studying mental health impacts in fire-affected communities, including the impacts of animal deaths.

She said that while first responders such as volunteer firefighters and emergency services workers were given extensive support, other “less obvious groups” did not have access to mental health and financial support.

“Wildlife carers are often part of very small groups or are even individuals who are doing this work outside formal organisational structures, and they are now overwhelmed with suffering animals and they are in a caring role. They can also be under threat of bushfires themselves,” she said in a university statement.

“It’s very emotionally taxing for those dealing with severely injured and very traumatised animals. These groups run on a shoestring normally and don’t have the formal support networks or employee assistance programs that organisations like the Rural Fire Service and Red Cross can tap into.”

Taylor, who is also working with the Bushfire and Natural Hazards Cooperative Research Centre, said people were affected by social media images of “burned and suffering animals” and estimates of wildlife losses that could exceed one billion animals.

So far, more than 2,000 homes have been destroyed and 29 people have died in fires burning across New South Wales, Victoria and South Australia.

“Fear about the long-term prospects for the world has been likened to being at war, where there’s a creeping threat and it engenders a siege mentality,” Taylor said.

“People can develop a sense of helplessness; the adrenaline from their fear and perceived lack of ability to change the trajectory can result in maladaptive responses, like denial and wishful thinking, anger and fatalism.”

Ella Oar, a postdoctoral research fellow at the university’s centre for emotional health, said that a psychological condition known as “eco-anxiety” was becoming more prevalent in response to natural disasters.

“The growth of eco-anxiety and other strong feelings about threats to our natural environment is a relatively new phenomenon, and there’s no formal psychological diagnosis of this as a clinical disorder,” she said.

“We don’t have figures about the prevalence of these kinds of feelings, but anecdotally, clinicians are reporting an increased number of people reporting these concerns.”

Oar said one of the most effective ways to reduce anxiety was to take action—no matter how small.

“Actions that have a social element can also be very helpful—such as raising funds for bushfire victims, joining climate action groups or connecting with like-minded people who can help support you.”