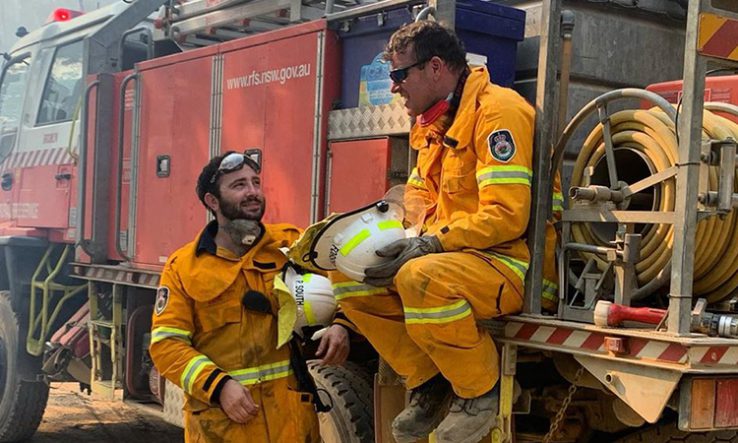 Actively listening to people’s anxieties, limiting exposure to “disaster media” and using gentle exercise to manage stress are practical ways to help those affected by Australia’s bushfire crisis, a University of Melbourne academic has said.

Meaghan O’Donnell, head of research at the university’s Phoenix Australia centre for post-traumatic mental health, says it is also important to recognise when a friend or family member needs professional help.

Her comments coincide with an appeal by Andrew Constance, a former New South Wales cabinet minister, for the federal government to show more “humanitarian support” for people affected by bushfires that are still burning across the state.

The Phoenix Australia centre is a world-leader in trauma research and has published several free guides on its website to help people affected by traumatic events such as bushfires. It has also developed a mobile phone app for those diagnosed with post-traumatic stress disorder.

In an editorial published by the university, O’Donnell emphasises the importance of listening as one of the most effective support mechanisms.

“Give them your time and listen to how they are doing. The process of talking about traumatic events is healing, especially if it is with a trusted friend or family member,” she writes.

“Don’t offer advice, just listen and reflect back what you’ve heard. Of course, if they don’t want to talk about their experiences, don’t force them to.”

O’Donnell says routine is also important in helping to deal with a sense of dislocation and unpredictability. Exercise is a useful way to manage stress and anxiety, and “even a gentle walk can help increase feelings of control”.

Constance, a rural MP who represents an electorate on the fire-ravaged NSW south coast, spent New Year’s Eve battling fires that threatened to destroy his family’s home. He was successful, but many of his neighbours lost their homes.

In an emotional live television interview with current affairs programme The Project, Constance said the federal government was “not doing enough” to make sure financial aid and counselling services reached rural communities affected by the fires.

“My life has changed for ever because of this…I am going to need trauma counselling and so are thousands of others in my community,” he said.

Constance has stepped down from his role as NSW transport minister to help people in his Bega electorate deal with the impacts of the fires. He said it was “particularly upsetting” watching children suffer from anxiety.