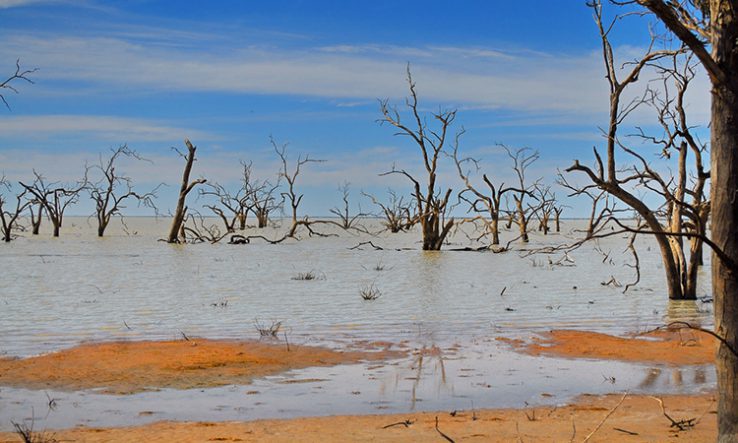 Michael-Shawn Fletcher, from the University of Melbourne’s school of geography, said Australian Indigenous stories had knowledge “hardwired in them” that dated from the last ice age, but that there were barriers preventing the recognition of that knowledge.

The seminar, organised by the Australian Academy of Science and held on 9 November, was part of National Aborigines and Islanders Day Observance Committee Week, better known as NAIDOC Week, which comprises a nationwide series of discussions and events.

Bradley Moggridge, an associate professor of science at the University of Canberra, said that in an ideal world there would be a dedicated Indigenous centre of excellence funded by the federal government. “I think the culture of science needs to change. It needs to be more flexible in the way it perceives itself. Our knowledge, per se, is not celebrated. We are only just starting to see the Indigenisation of the [school] curricula and from there it can find its way into the academy,” he said.

Moggridge said that as an Indigenous person, he wanted to come up with a “232-year recovery plan” for Australia, referring to the 232 years since the continent was colonised.

Moggridge, a hydrogeologist, said Indigenous knowledge had been overlooked in water planning in Australia. “You could see that water was always going to be an issue in Australia…Water is going to be key to what we do and how we survive,” he said, yet inquiries into water conservation and into issues such as massive “fish kills” caused by low river flows often only gave lip service to Indigenous input.

Fletcher said that the kills and the increasing number and intensity of bushfires since European colonisation were “directly linked to pulling mob [Indigenous communities] off country and not respecting that our knowledge and our ways were the right way for the country”.

University of Melbourne researcher Zena Cumpston, who specialises in Indigenous plant use, said she had found it difficult working in an environment where often she was “the only Aboriginal person in the room”. Indigenous ways of thinking and researching were often discounted, she said. “I think that fundamentally we have a very different world view, and from the ongoing effects of colonisation we have been kept very separate…We have been put on the outside.”

Cumpston said that this mindset “locks out Aboriginal ways of seeing and doing”, and that openness to Aboriginal ways of doing things was often lacking. “We certainly don’t have it in science faculties, where people don’t understand the trajectory of the system they’re in and the damage it’s caused.”

At the same time, there are vast areas of Indigenous knowledge going untapped, she said. “If I go into a supermarket today, there are probably only four or five things that I can buy that reflect the 65,000 years of vibrant healthy mob. If you go to a fancy one you might get some roo meat, a macadamia nut, a wattle something and some eucalyptus oil. We are going to have to think about what grows on this country best.”

Moggridge said that Indigenous science was not often properly acknowledged in government planning. For instance, the 2017 National Science Statement did not mention Indigenous knowledge. “It sort of suggests that Indigenous people should do science, technology, engineering and maths, like women. That’s it. We don’t have a centre of excellence,” Moggridge said.

Fletcher said that university staffing needed to better “reflect the composition of society”. “One way to fix it is to get more blackfellas [a term used by Aboriginal people to denote other Aboriginal people] into the system. Across the academy, right across the country, we are well below a mix that is reflective of the broader society in terms of the number of Aboriginal people doing work.”