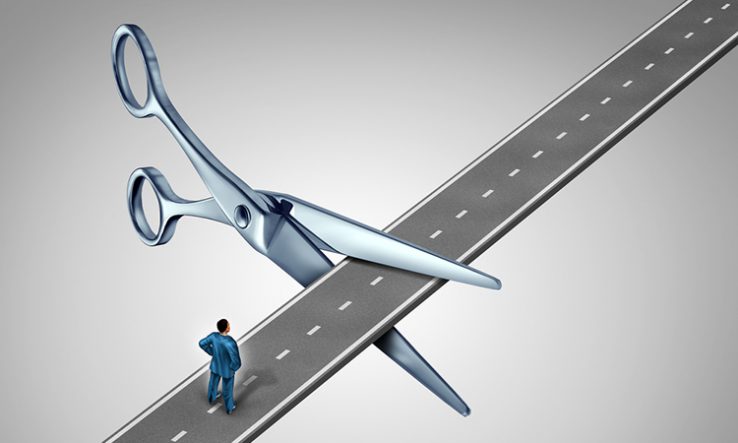 Thousands of university jobs will go due to drop in international student revenue, modelling suggests

The number of academic researchers in Australia will fall by 11 per cent in the next five years, according to modelling from the University of Melbourne.

In an article published on 21 September, Frank Larkins and Ian Marshman from the university’s centre for the study of higher education predict job losses of “5,100 to 6,100 research student and staff researcher positions” due to the loss of international student revenue.

The researchers say there is a clear divide between the worst-hit universities and the rest, with 13 institutions set to suffer most. All of the Group of Eight universities are among those 13, along with five other universities with high international student numbers and large research programmes. Go8 universities would account for 70 per cent of the overall funding shortfall of between A$6.4 billion and A$7.6bn.

The modelling uses expected funding shortfalls, researcher salaries and rates of spending on research to come up with the estimates.

Because research investment has driven up university rankings, “university international research reputations are significantly at risk because of the research revenue shortfalls”, the authors say. “Reputational damage will be to the national detriment.”

Larkins and Marshman found that in 2018, discretionary fee revenue contributed about half as much to research as external funding. The effects of the pandemic will cut that to a third, their modelling says. “To protect research programmes and standing, universities will need to identify savings in other expenditure areas and find additional revenue sources.”

Their modelling suggests that the most prominent universities charge a margin of more than A$20,000 per student above the average cost of teaching.

Other revenue sources, such as “donations, investments, infrastructure capital gains and royalty payments”, are also likely to fall because of the pandemic, the paper says.

Meanwhile, one of the universities set to participate in the trial return of international students to Australia this month told Research Professional News that they were still awaiting federal government approval for the scheme.