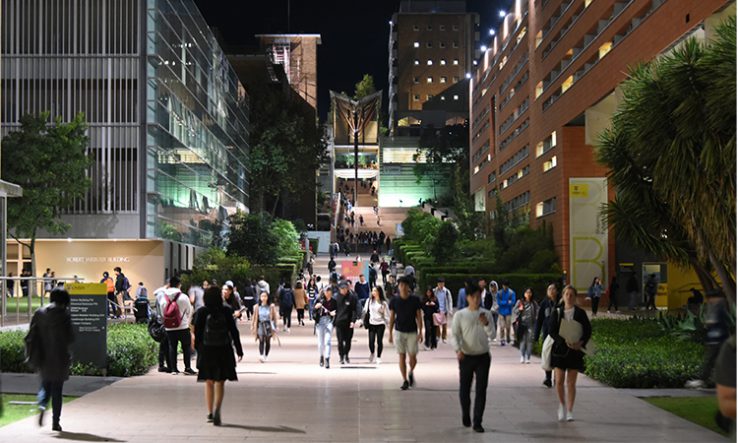 ANU and UNSW say almost 500 more jobs will be cut

The University of New South Wales has announced that it will reduce staff numbers by another 256 this year in order to save A$39 million.

In an email to staff on 16 September, UNSW estimated that it had originally faced a A$370m budget shortfall for 2021 but had made up all but A$75m of that from reserves. Voluntary redundancies covered 47 per cent of the remainder, and the newly announced losses are likely to be forced departures. Vice-chancellor Ian Jacobs said he felt “deep regret” at the impact on staff.

On the same day, the Australian National University announced that 215 more positions would go, in addition to around 250 “voluntary separations” already in motion. ANU vice-chancellor Brian Schmidt said in a message to staff that “the stark reality is: we need to save money, and this will mean spending a lot less, both on our non-salary expenditure but also on salaries”.

The 215 jobs have not been identified but are expected to come from across the university and affect both academic and professional staff. The ANU’s recovery plan calls for savings to be found by attrition and other means, but concedes that involuntary departures may be needed.

Michael Thomson, the National Tertiary Education Union’s secretary for New South Wales, told Research Professional News that the union was in urgent talks about its response to the UNSW cuts. “The union strongly opposes these cuts. The union believes that university management should look at cutting other costs rather than making staff pay.”

Thomson said union figures showed that more than 10,000 jobs had been lost from Australian universities this year.

The University of Melbourne’s National Tertiary Education Union branch is also campaigning against cuts. On 15 September, it released a draft motion urging members to “continue to campaign for a pandemic response that puts staff and students first, and…oppose any management plans to cut jobs or conditions of staff”.

RMIT University in Melbourne said in a statement that it had received 355 applications for redundancies, adding that it “regularly reviews the requirement for casual staff taking into account student demand, resourcing requirements and available budget”.

On 17 September, the University of Adelaide’s interim vice-chancellor Mike Brooks told the Senate committee inquiry into the Job-Ready Graduates fee reforms that the university was expecting to lose 200 jobs over the next nine months through “turnover”. Flinders University reported that it was not planning forced redundancies but would rely on reductions to contract and casual staff to make savings.

At the University of Sydney, some students and staff protested on campus on 16 September against planned cuts and were asked to move on by mounted police. Staff in Sydney’s faculty of arts and social sciences launched a campaign under the banner “For people, against austerity”, calling for cuts to executive salaries and reinstatement of around A$1m that has been cut from the budget for casual teaching staff in the second semester.

“Instead of compromising both the careers and livelihoods of casualised staff members, management should draw on the university’s extensive capacity to borrow money to protect both staff and courses,” staff said in the letter. They also demanded that senior executives take pay cuts, specifying a 20 per cent cut for anyone earning over A$400,000.

On 15 September, Sydney vice-chancellor Michael Spence clashed with a member of the Senate inquiry over the university’s spending. Liberal senator Matt O’Sullivan asked Spence how much of the university’s budget was spent outside teaching and research. Spence responded: “I really don’t understand your question. What we do is teach and research.”

Spence told the inquiry he had taken a 20 per cent pay cut to assist the university’s budget problems. Spence’s salary was around A$1.5m and he is due to leave the university at the end of the year.