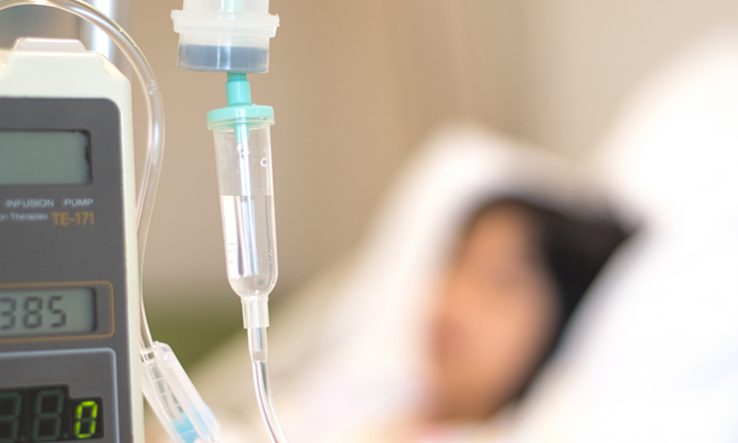 The European Science Foundation is best known as a federation of national funders and research organisations that works to promote and improve science. It has now turned its hand to running a funding call for the Fight Kids Cancer (FKC) scheme, funded by four charities: France’s Imagine for Margo, Belgium’s Kick Cancer, Luxembourg’s Fondatioun Kriibskrank Kanner and Italy’s Fiagop.

There are two categories for submissions: early phase clinical trials to evaluate potential new therapies, and translational research for projects addressing childhood and teenage cancers that are further back in the development pipeline.

Lead applicants should be based in one of the eligible countries, which include all EU members, along with Israel, Norway, Switzerland and the UK.

The deadline for expressions of interest is 24 October and for full proposals it is 1 March 2023.

Why did you run this call?

The charities wanted to set up their own research programme because, today, paediatric cancer is not as well supported as adult cancer. The research community is pretty small, so some topics specific to paediatric cancer fall between the cracks.

The charities decided to put together their resources, and they were looking for an organisation to help them with managing the call and evaluation. We agreed to do that because we think the model itself is very interesting; I don’t know of any other integrated common competitive funding pots that have been put together by several charities from different countries. This is currently the only funding programme that ESF directly manages.

Is the letter of intent just an eligibility check?

No, letters will be shortlisted by experts and then successful applicants will be invited to submit a full proposal.

Can you elaborate on the two streams for proposals?

Yes, for early phase clinical trials, all submissions must be collaborative research projects with several countries primarily in Europe. For that stream, the team needs to demonstrate that the drug they have or are willing to work on is made available by the industry.

For the stream for translational research, projects do not have to be collaborative, although they can be. There, we want to see thinking outside of the box, providing new, innovative approaches and solutions.

One of the objectives of the programme is to be sustainable, and to provide a sustainable funding source for teams looking at paediatric cancer and the specificities of paediatric cancers. It could be that those who take part in the translational research strand of the call, which tends to be more about basic research, could eventually see their work result in an early clinical trial in a subsequent call.

Can applicants apply to both?

No. We will limit the application to one per team or one per principal investigator. But the principal could be a co-investigator on another proposal. However, clinical trials and translational research do not overlap much.

What are the common elements to both strands?

Paediatric cancers have specific differences to adult cancers that are not necessarily well addressed in other competitive programmes.

One of the main objectives of the programme is to try to facilitate the life of the patients with not only an increase of survival rates, but also conditions for treatment that are more acceptable to kids.

The FKC funders behind this programme want to fund projects that could not be funded by traditional means. They’re very much looking into projects that may have an increased risk—a high-risk, high-benefit approach—that could have difficulty in passing peer review or the priorities of national funders.

Do you expect collaboration across disciplines?

And what about including people from businesses?

Those from industry and for-profit organisations are not eligible to receive funding. They can contribute in-kind, but not if they are a critical part of the project. It’s an academic research project targeted towards academic teams.

Are you looking to fund a set number of projects?

No. It really depends on the outcome of the assessments.

Two years ago, there was a project that really deserved to be funded, but the FKC funders already had enough projects for their budget that year. However, they found a way to have that project on board. Equally, if you’re in a year where the assessment panel decides that the projects are poor, the funders do not feel obliged to use up the funding.

But that is not the case now. We are already looking at a portfolio of very promising proposals.