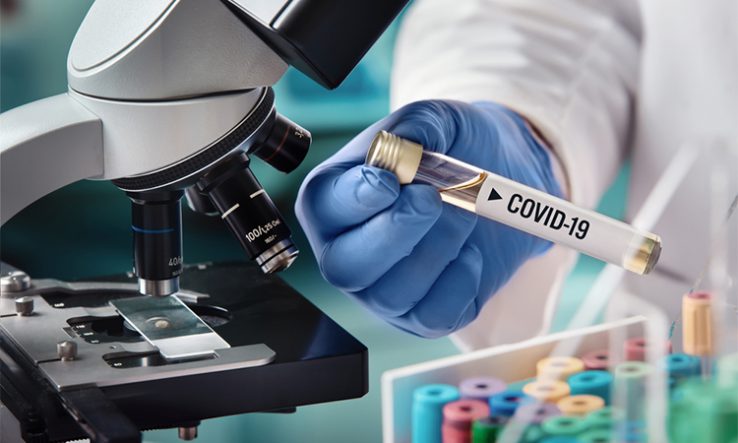 Trust in science reached record levels during the coronavirus pandemic, according to a survey of 1,000 people in Germany.

Almost three-quarters of respondents stated that they trusted the results of science and research, with 35 per cent reporting they “completely” trusted science, compared to just 9 per cent last year.

Similarly, a large proportion of respondents believed that politics should take science into account, especially during a pandemic. Around 81 per cent agreed with the statement that political decisions on dealing with coronavirus should be based on scientific findings.

This compares favourably to a similar survey undertaken six months ago, during which far lower approval rates were recorded. At the time, only around half of respondents were in favour of science-based policy.

But when asked whether scientists should interfere in politics themselves, the sentiment was mixed. A total of 39 per cent of respondents saw this as a duty of science, while 26 per cent were undecided and 32 per cent said scientists should not be politically active.

Doctors and medical staff were reported to enjoy the highest levels of trust, with nearly four in five of those surveyed saying they believed their statements about Covid-19. Scientists were trusted by 70 per cent of the population when it came to the pandemic—with trust levels still hovering far above those of state institutions, politicians or personal contacts.

“Citizens have high confidence in science and research,” said German research minister Anja Karliczek in response to the survey. “This is very good news, especially in this time of the corona pandemic.”

However, the result showed that there is a significant minority of Germans who hold no truck with research results. Just over 20 per cent of respondents—one in five—agreed with the statement that common sense is sufficient to deal with coronavirus, and that there is no need for further scientific studies of the pandemic.

Perhaps in contrast to this, respondents were very hopeful that science will offer a solution to the crisis. Nearly 90 per cent said that scientific knowledge was important to slow the spread of the virus. A further 61 per cent expected researchers to develop a vaccine or drug against the virus in the near future.

A third of respondents said they thought the coronavirus was not yet well understood by science. Three-quarters, however, said they felt well-informed about the virus and followed new developments in Covid-19 research in the mass media.

Karliczek said the results showed that the public was experiencing research “in real time”, including its uncertainties. She highlighted what she perceived as a growing understanding that uncertainty and controversy in science are a part of, and contribute to, knowledge generation.

The minister attributed such growing understanding to efforts in improving science communication and science journalism. However, journalists enjoyed the least trust in the survey, with only 27 per cent of respondents saying they believed their statements about the epidemic.

The results were part of a special edition of the Science Barometer, a survey of opinion run annually by Science in Dialogue, an initiative for science communication. The survey is based on around 1,000 phone interviews, the initiative said.