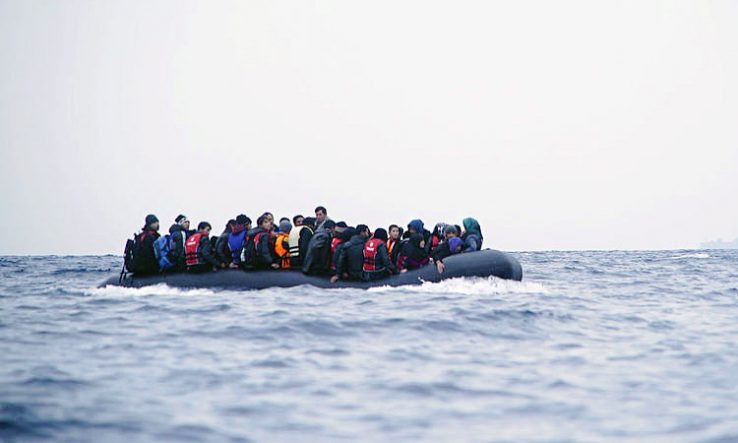 When Rifat moved to Europe with the help of a programme for at-risk academics after civil war broke out in his home country Syria, his nerves took time to adjust. At first, any loud noise would send the researcher scrambling.

“When someone closed the door too quick, that means it’s a bomb nearby, so I want to get under the table,” Rifat told an event for at-risk academics in Brussels. “The best support for me was peace.”

According to the UN, during 2018, more than 70 million people around the world were forcibly displaced as a result of persecution, conflict, violence or human rights violations. Among them are academics forced to flee their home countries, either because of widespread unrest or specific threats to the academic community.

Not everyone is in favour of specific support for academics in this context. Some say that they tend to be relatively well off and so resources should instead be used for supporting the most vulnerable, such as through child education.

But speakers at the Brussels event on 13 and 14 June were among those who stress the importance of helping academics specifically, arguing that doing so can bring huge benefits not only to these individuals, but also their home countries.

Faisal, a Yemeni researcher who was also helped to come to Europe, insisted that at-risk academics need more support. They can have far-reaching effects on their home countries if they are able to go back, he believes, and bring benefits to host countries and institutions during their stay.

“Scholars at risk are the future leaders of their countries. Given opportunities they will develop skills such as critical thinking and strategic planning,” he said. “We should give more importance and significance to higher education because these are the institutions that prepare and qualify professionals that will serve the community in different ways, including teachers.”

Demand for help has been high in recent years: wars have broken out in the Middle East and state oppression has increased. Kati Verstrepen, president of the League of Human Rights and a lawyer who has worked on migration cases for 30 years, has been representing people from closer and closer to home: Pakistan and India early in her career, then Afghanistan, and now Turkey and occasionally European countries.

Port in a storm

The European University Association (EUA) has produced a Refugees Welcome Map of the higher education institutions and related organisations in Europe that offer help to refugees, such as support programmes. As of June 2018, it had mapped almost 350 initiatives in 32 countries—most of them in Europe.

Some organisations exist specifically to help at-risk academics travel to and find positions in places of safety. These include the United States-based international network Scholars At Risk, which opened a European office in Ireland in 2018, and the UK-based Council for At-Risk Academics. The US-based Institute of International Education funds similar activities through its Scholar Rescue Fund.

The EU also works to help at-risk academics. The Erasmus+ mobility programme has funded about 900 related projects including Academic Refuge, while the Horizon 2020 R&D programme has backed others such as Guiding Refugees via European Exchange and Training.

An EU-funded project coordinated by Scholars at Risk Europe, called Inspire Europe, will start in September. It aims to identify existing support measures across Europe and help them work better together.

The EU also runs an online portal called Science4Refugees, which provides links to positions and support services, while eligibility criteria for its Marie Sklodowska Curie Actions R&D grants have been made more flexible to open them up to at-risk academics, said Themis Christophidou, director-general of the European Commission’s education department.

Christophidou was herself displaced from Cyprus as a child and she said refugees need this kind of support: “A scholar who was never impeded in their thinking might not prize freedom of thought. But one who was persecuted for their work knows just how much it matters.”

Despite all these schemes, some believe Europe is not doing enough to help. Wajid Khan, a British former academic who was an MEP in the previous European Parliament, said existing European actions are “a drop in the ocean”.

Khan wrote a report on academic freedom, calling for measures such as the creation of new EU-funded actions to support at-risk academics. This was adopted by the Parliament in late 2018.

Khan said that the report and a 2018 suggestion from the EUA for an Erasmus+ grant for placing scholars with international protection status at European institutions were not taken forward “due to a lack of appetite for such ideas within governments”.

He said he had received “a lot of criticism” from people who argued that the defence of academic freedom and at-risk academics is a national responsibility and that the EU should not interfere. But Khan responded by citing a recent report by the EU’s Eurydice education network, which found that few countries have concrete measures in place.

“That is why the EU has a duty and a role to play in this,” Khan said. “Academic freedom isn’t a high priority within the EU’s thinking. The Commission needs to get stuck in and shift itself on this.”

With the volume of demand and the many needs of individuals, universities and institutes can feel overwhelmed when trying to help, James King, director of the Scholar Rescue Fund, acknowledged at the event. He wants places that could host refugee researchers to focus on helping just one person to start with, and to seek help from programmes and organisations with expertise. “You don’t have to do it alone,” he said.

Scholars at Risk’s advice for would-be-hosts includes putting the academic’s security first, choosing someone who can fit into and contribute to the institute, anticipating the academic’s needs, communicating clearly and being flexible.

The rewards can be great, both for hosts and for the academics. “All the words of gratitude cannot express the sincere respect that would last forever,” for the organisations that helped Faisal, he said. “They have saved not only me, but a lot of my family members who I can support.”

The EU has recently awarded funding to a significant project on at-risk academics, called the Initiative to Support, Promote and Integrate Researchers at Risk in Europe (Inspire Europe). It has been allocated €1.49 million from the Marie Skłodowska Curie Actions scheme of Horizon 2020.

Coordinated by Scholars at Risk Europe, other partners include the European University Association, Germany’s Alexander von Humboldt Foundation and universities in France, Greece, the Netherlands, Norway, Poland and Sweden.

The project will run for three years from September and is intended to help pave the way for a more long-term, joined up European approach to supporting at-risk academics. Objectives include bridging the gaps between national and European as well as academic and non-academic support. This will include trying to increase the diversity of support, for example by including industry in outreach efforts, and growing support in central, eastern and southern Europe.

Some academics’ names have been changed at their request