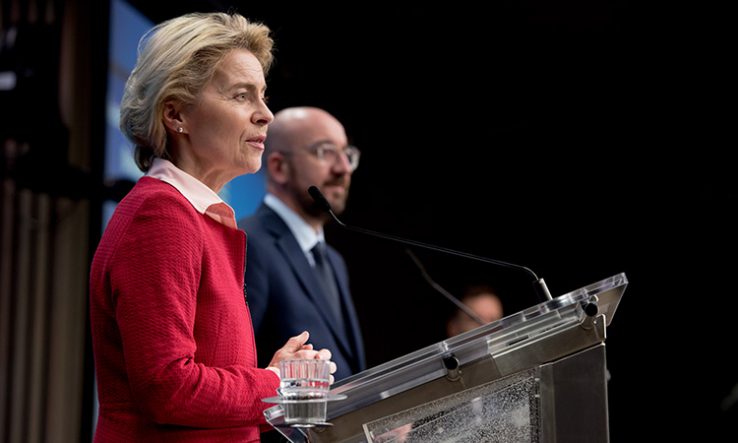 National leaders’ failure to agree a position on the EU’s next seven-year budget last month has left programmes vital to universities and research organisations facing even more severe disruption than that which plagued predecessor programmes in 2014.

Then, tens of thousands of student and staff exchanges did not take place when budget wrangles delayed the start of the Erasmus+ mobility programme, according to European Commission figures.

This time, Erasmus+ delays could affect a million young people, while failure to get the Horizon Europe R&D programme running by January 2021 “would imply the loss of around 5,000 research jobs per month”, the Commission has previously warned.

“The problem now is much bigger than seven years ago,” said Kurt Deketelaere, secretary-general of the League of European Research Universities (Leru). “The following weeks and months will be absolutely crucial.”

National representatives in the Council of the EU and the European Parliament still have to agree some of the rules of Horizon Europe, the successor to Horizon 2020, which is due to start in 2021. Its overall budget, funding breakdown, and rules for non-EU participation are all yet to be decided, along with the budget for the next Erasmus+ scheme.

Discussions on the EU’s overall 2021-27 budget at a European Council meeting in Brussels on 20-21 February saw two opposing groups of national leaders cling to their currently irreconcilable positions.

Leaders of the so-called ‘frugal four’ countries—Austria, Denmark, the Netherlands and Sweden—want to keep the budget to a maximum of 1 per cent of EU gross national income. In the opposing corner are the ‘friends of an ambitious Europe’ states, who want a budget closer to the 1.3 per cent of GNI sought by the European Parliament.

The leaders debated a proposal put forward by Council president Charles Michel to spend 1.074 per cent of GNI, including €80.9 billion on Horizon Europe (in 2018 prices). This is down from the 1.11 per cent proposed by the Commission, with €83.5bn for Horizon Europe.

After the meeting, Michel said the Council “worked very hard to try to reconcile the different concerns” but needed more time. He has not said whether he will call another Council meeting before one scheduled for 26-27 March—where the budget is not currently on the agenda.

Commission president Ursula von der Leyen warned that “time is pressing”. Once the Council adopts a position it must then secure Parliament’s approval. In the meantime the Commission cannot prepare aspects of forthcoming programmes.

Unless all steps are completed by the end of 2020, “this means no Erasmus programme, no financing for research” at the start of 2021, von der Leyen said.

Budget talks have been complicated by the departure of the UK, a net contributor to the overall budget and a strong advocate for R&D spending.

Deketelaere said R&D and education were now the only areas of spending with “no clear promoter in the Council”. Leru is just one of the organisations advocating that a generous slice of the overall budget go towards R&D and education.

Enora Pruvot, deputy director of governance and funding at the European University Association, said the push for a strong EU R&D budget had been a “long-haul campaign”. She said EUA’s renewed advocacy would “build on both roads” of countries’ representatives in Brussels and national governments.

Lidia Borrell-Damián, secretary general of the group of research funders and performers Science Europe, said R&D advocates could use the global outbreak of the Covid-19 respiratory disease to show the importance of R&D in emergencies.

“It’s much more difficult to react now than to be able to develop knowledge ahead, which enables a faster solution,” she said.

Ministers discussed the rules for non-EU participation in Horizon Europe on 28 February, making encouraging statements but reaching no agreement. R&D commissioner Mariya Gabriel said countries would have to associate to whole ‘pillars’ of the programme, rather than being able to participate in individual funding schemes.

Ministers did agree some rules for the European Institute of Innovation and Technology programme, which supports knowledge exchange among research, innovation and education. Pending an overall budget agreement, they said funding for supporting entrepreneurship in universities should be about €87 million, rather than the €420m proposed by the Commission.