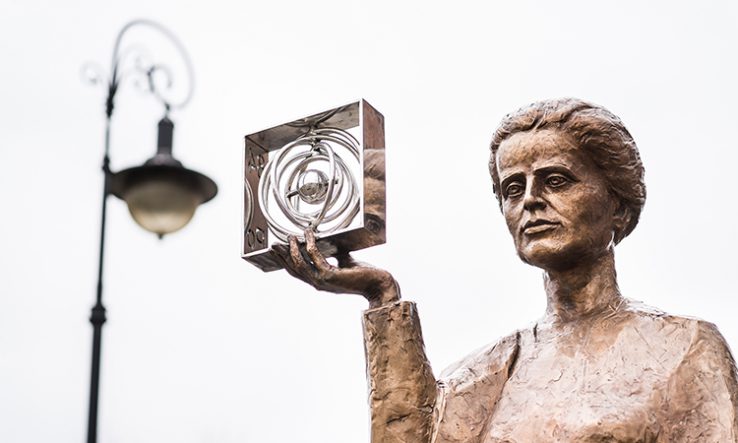 Fellows in the EU’s Marie Skłodowska-Curie Actions scheme say they feel “let down” by the programme’s response to Covid-19, which is forcing them to put research on hold and face periods of unpaid work in future.

MSCA funding is designed to allow fellows to develop research skills and experience abroad. But several fellows told Research Europe that the European Commission’s offer to suspend projects or extend deadlines without providing extra funding will force them to accept months of unpaid work to complete their projects, something many cannot afford.

“I feel we are all very alone in this situation,” said Matilde Manara, who is in the last year of her PhD in literature co-funded by MSCA and Sorbonne University in France. She said she had received only two emails from the programme since the start of the pandemic—a survey and irrelevant information on student residences.

“Either you ask your doctoral school to provide money or find someone to finance you or you won’t be able to get an extra three months of pay,” said Manara, who has lost months of research time due to lack of library access.

Some fellows fear the disruptions will cause long-term damage to their careers if they cannot publish results promptly.

Two MSCA researchers, who both wished to be anonymous for fear of repercussions, told Research Europe that childcare responsibilities had significantly affected their ability to work.

“I worked at night when my kids slept, I was so exhausted—and the only support I got from the programme was, ‘We will be very generous with missed milestones’,” said a fellow at a leading university in the UK, who had to educate her children at home when schools closed in mid-March.

She said she kept working despite also losing access to research documents in the library, not least because she could not afford to take unpaid leave. Lack of support made her feel left alone to deal with the problems, she said. “I thought my situation was so individual, being a single mum on reduced work, and thought others will not have the problems I have.”

Another fellow said the Commission advised her to take an unpaid suspension, which she could not do with the cost of raising two young children and a recent move to Belgium for her project. She had no family support nearby, and could not apply for social security because she had not been in the country long enough.

“I want to make the best of it, but I feel I’m really stuck,” said the biomedical researcher, adding she felt “let down” by the “highly prestigious” programme. “I cannot tell these people, ‘Look, I’m taking six months off to care for kids’.”

Some fellows now fear long-term effects on their careers due to delays in their work.

“Whatever they say, this is judged in publication,” said a laboratory researcher at the University of Cambridge in the UK who has put her project on hold for three months.

With lab researchers returning on reduced hours, work is progressing slower, and the samples she works with need extensive preparation.

“This is the death of years of trying to set up my experiment—I need to re-establish everything from the beginning,” she said.

Support for a better deal for MSCA fellows is gathering momentum in some quarters.

More than 1,400 people have signed a petition set up in March calling on the Commission and the Research Executive Agency that administers EU grants to improve the offers for MSCA fellows. The League of European Research Universities has called for paid extensions in cases “where there is no alternative”.

Silvia Gómez Recio, secretary general for The Young European Research Universities Network, said the Commission “should make sure the same level playing field is reached for all researchers”—especially those on EU contracts, but stopped short of calling for paid extensions.

Others are also sympathetic but wary. Jan Palmowski, secretary general of the Guild of European Research-Intensive Universities, said the Commission must not “endanger future generations” of fellows by moving money around. “It’s a terrible situation for everyone, and that means really difficult trade-offs have to be made,” he said.

A Commission spokesperson said it is “well aware” that the current crisis “may have critical effects” on some MSCA projects and said the situation “requires flexibility on all sides”. They added that “solutions have been found for the vast majority” of fellows.