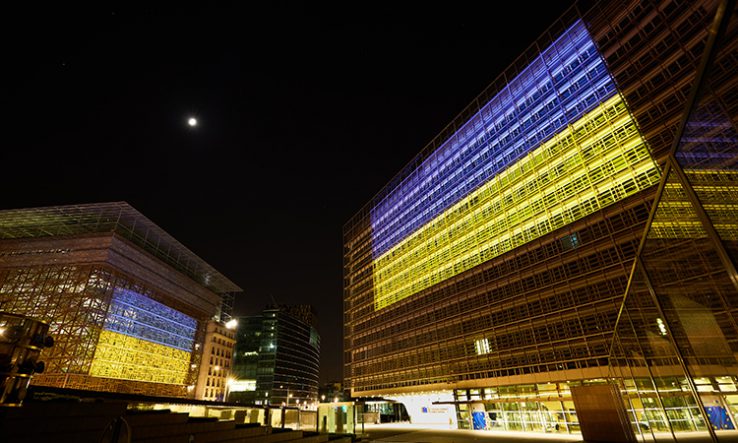 Groups representing early career researchers in Europe have urged the EU’s research and higher education programmes to give preference to proposals involving Ukrainian institutions and academics to aid Ukraine during the Russian invasion.

The Horizon Europe research and innovation programme, Euratom nuclear research programme and Erasmus+ programme for academic exchange should make involvement of Ukrainian institutions “a cross-cutting priority to be included in the evaluation of proposals and/or as a crucial selection factor” if all else is equal, the groups said in a joint letter to the EU’s R&I commissioner Mariya Gabriel on 21 October.

Such a move would help to prevent academics leaving Ukraine and provide them with financial and other support, said the group—which comprised the European Council of Doctoral Candidates and Junior Researchers, International Consortium of Research Staff Associations, Marie Curie Alumni Association and Young Academy of Europe.

Ukrainian researchers and institutions have full access to the EU’s research programmes, and the bloc has waived the country’s financial contributions to the programmes for 2021 and 2022. The groups called on the EU to extend this waiver until at least the end of the war, “and for as long as necessary thereafter”, because otherwise the measures might lead to “additional financial pressure” on Ukraine.

The groups thanked Gabriel for her past calls on European researchers to pursue cooperation with Ukrainian counterparts and said it was “great news” that the Commission intends to set up an office in Kyiv for supporting Ukrainian participation in Horizon Europe.

“These, for us, are clear indicators that the Commission fully acknowledges the potential of European projects in ensuring the sustainability of Ukrainian academia,” they said.

But they added that “working with Ukrainian institutions might often require excessive additional effort and lead to increased uncertainty for international consortia, highlighting the need for extra incentives for partners to pursue such cooperations”.

Consultations with researchers and others within and outside Ukraine informed the calls, the groups said, as they also sought an overall increase to the Horizon Europe budget to help fund the moves.