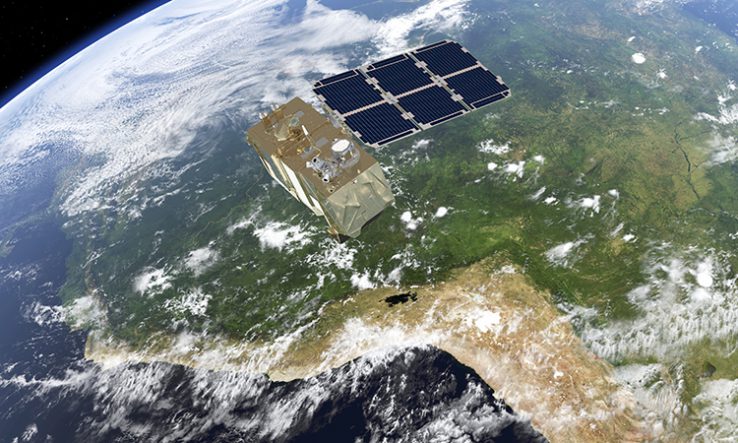 Planned expansion could be pushed back years due to political row, Commission officials say

The EU is going to delay a planned expansion of its Copernicus satellite programme unless political disagreements between the bloc and the UK that have resulted in a hole of over €700 million in the programme’s budget can be resolved.

Copernicus satellites provide data on the Earth’s land and seas that are used by industry, researchers and policymakers for activities ranging from tracking climate change to responding to earthquakes. Its Sentinel satellites were developed specifically for the programme at a cost of billions of euros.

European Commission officials have confirmed to Research Professional News that there will be “de-commitment of some activities related to Sentinel expansion missions” unless the UK money arrives in time.

These activities were supposed to happen in the 2021-27 budget period but will now be “postponed” to the 2028-34 period or until the problem with UK participation is resolved. Officials suggested that a satellite for monitoring carbon dioxide could be affected.

The UK agreed to pay to join several EU programmes, including Copernicus, in December 2020, but the bloc has so far refused to implement the deals due to disagreements over trade, meaning the UK contributions have not been forthcoming. This has also locked UK researchers out of R&D funding from the Horizon Europe programme.

In mid-2021, the Commission said that €750m expected from the UK for Copernicus would not be provided as planned. The Commission has coughed up an extra €29m, meaning there is a €721m hole in the Copernicus budget due to the UK’s absence. This has now triggered moves to delay some planned elements of the satellite system.

The Copernicus Sentinel satellites are being developed by the European Space Agency, which is also responsible for delivering data from the programme that are widely used by researchers.

Officials from the Commission, which has overall responsibility for Copernicus, told Research Professional News that they reached an agreement with Esa on 20 January on what to do about the missing UK money, resulting in the “de-commitment of some activities”.

They insisted that the programme still had “all the means” it needed “to ensure that Copernicus remains the best Earth observation system worldwide in the coming decades”.

Simon Jutz, an Esa spokesperson for Copernicus, said that the proposal “preserves the integrity of the Copernicus programme”.

He said that Esa member states supported the proposal for dealing with the shortfall at the meeting on 20 January, and that it would be submitted for formal approval by the Esa governing council and the Commission in February.

Jutz said that the missing money would eventually be needed for Copernicus “to fully implement the ambitious tasks required by the user requirements provided by the Commission and emerging EU policies”.

Copernicus is due to receive €5.4 billion from the EU budget in 2021-27, which does not include contributions from the UK, Norway and Iceland.

Commission officials said that this was “the highest budget ever committed to Copernicus”, whose satellites began to be put in place in 2014, requiring funding for development, construction, launch and data delivery across several of the EU’s multi-year budget periods.

Update 10/2 – Information on the affected services was added.