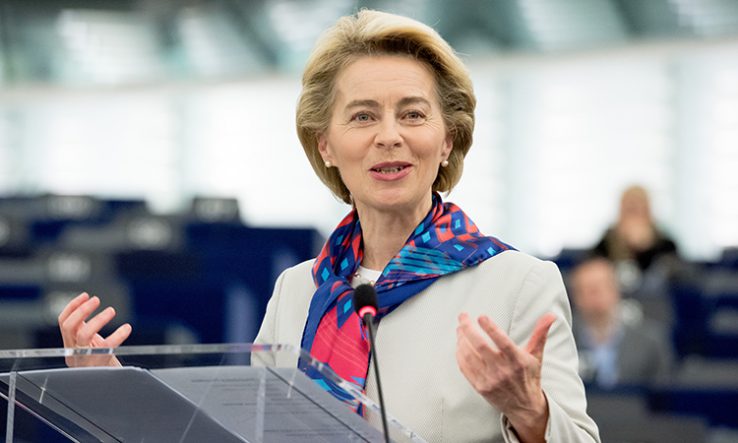 The EU has launched the fully fledged version of its European Innovation Council for funding R&D-based startup companies, with political leaders setting high expectations for what it can achieve.

European Commission president Ursula von der Leyen said the EIC, which launched on 18 March after a three-year pilot, would “complete the research and innovation landscape in Europe”.

The EIC has a budget of around €10 billion from the 2021-27 EU R&D programme, Horizon Europe, and a roughly €400 million top-up from the bloc’s Covid-19 recovery fund, Next Generation EU.

It is “the most ambitious initiative that Europe has ever undertaken in the field of innovation”, said the chair of the EIC’s advisory board, Science Foundation Ireland director general Mark Ferguson, adding that it would become “the investor of choice for visionary researchers”.

The EIC will offer grants to companies and researchers through open and thematic funding calls. A 2021 work programme published for the launch revealed that roughly €1.1bn will be available this year through the Accelerator instrument, for growing companies; €300m through Pathfinder, for developing breakthrough interdisciplinary research with commercial potential; and €100m for Transition, to help EU grantees devise business models from research results.

In addition to these grants, the EIC will buy shares in companies using a €3bn equity fund. It will co-invest with private funds, encouraging European venture capitalists to help patch a financing hole for growing companies in Europe, von der Leyen said.

Speaking to Research Professional News, the EU R&D commissioner Mariya Gabriel echoed Ferguson’s hope that the EIC would be the investor of choice for innovative companies in the EU. She said it was not intended to be an investor of last resort, stepping in when private capital is too timid, but that this should be kept open as an option.

The virtual launch attracted more dignitaries than usually show up for EU research and innovation events. France’s president Emmanuel Macron took part and said that, in launching the EIC, “Europe is equipping itself with the means to make real technological choices”.

The participation of von der Leyen and Macron underscored the level of hope for what the EIC can achieve and the amount of effort that has gone into its creation.

One of the lead MEPs on the legislation for Horizon Europe, Christian Ehler, said the EIC was “an incredible change from traditional research modalities”, and that setting it up had “required courage”. He praised the 2014-19 EU R&D commissioner Carlos Moedas, who developed the EIC during his term, and Gabriel for playing a “crucial role”.

The EIC is “not a top-down project”, Ehler said, referring to how open calls will fund bottom-up proposals from innovators. But in parallel a group of EIC programme managers specialised in certain fields will identify and develop visions and calls for supporting portfolios of projects in support of certain goals.

The funding announced for 2021 includes about €820m in ‘open’ calls and around €667m in ‘challenge’ calls, which will seek business and research proposals aligned with the Commission’s wider political objectives—such as environmental sustainability and digitisation.

The EIC borrows elements from the European Research Council, another funder in the EU R&D programmes, which funds projects based on scientific excellence and without political direction. “The level of autonomy is not exactly the same,” EU officials told Research Professional News, contrasting the full independence of the ERC’s governing Scientific Council with the advisory role of the EIC’s governing board.

Ehler said the EIC will need to be “flexible, agile and take risks” in order to succeed. He said the European Parliament is giving the EIC its full backing in this regard, and that he was “grateful” to see the same support from von der Leyen and Macron.