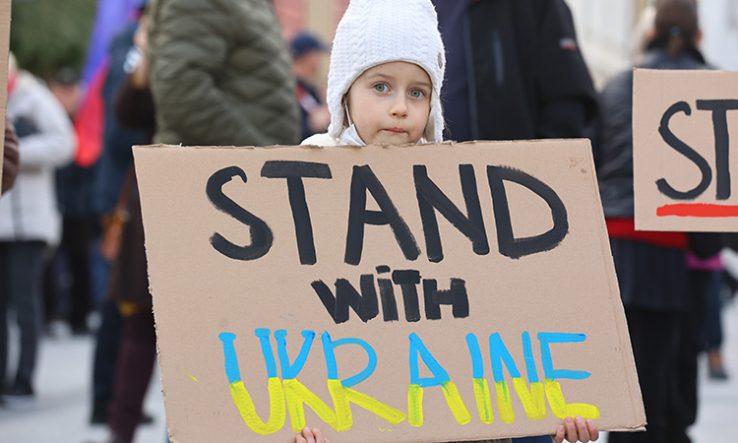 European institutions are increasingly looking to support researchers who have stayed in Ukraine, including through a new long-term programme to support cross-border teams led from Poland.

But as the war drags on, not only are the initial support schemes offered by European institutions for displaced researchers reaching their end-point, but there is also increasing recognition of the need to support those who have remained in Ukraine.

On 7 December, PAS and NAS announced a three-year scheme for supporting Ukrainian research teams with up to 2.7 million Polish złoty (€576,500). The principal investigator would be based in Poland at a PAS research centre but would be free to build their own research team including members working in Ukraine.

“We decided to change our programmes from supporting individual scholars to team funding to create more opportunities for predoctoral researchers and to allow for transborder cooperation,” Anna Plater-Zyberk, head of international cooperation at PAS, told Research Professional News.

“We hope that this will help to keep talents in the science enterprise,” she added.

Plater-Zyberk said PAS expects to support between seven and 10 research teams, with the potential for more in future. Funding provided by NAS, donated by a range of US-based organisations, will support up to five of those teams.

Other research institutions across Europe are looking at how to continue providing support.

Speaking at an event held by the European University Association on 8 December, Florian Kohstall, head of the Academics in Solidarity mentoring programme at the Freie Universität Berlin, outlined how his university is supporting 25 Ukrainian scholars through remote fellowships.

“The situation in Ukraine is that not everybody can leave the country, especially men have to stay, and we also have a lot of internally displaced scholars within Ukraine,” Kohstall said.

He said the funding available through the remote scholarships—€1,500 a month for three months—is “limited” but that the university is looking at how to extend the scheme.

“From a three-month scholarship, you cannot expect publications or joint research projects,” he added. “The main purpose really…is the reintegration into the research environment.”