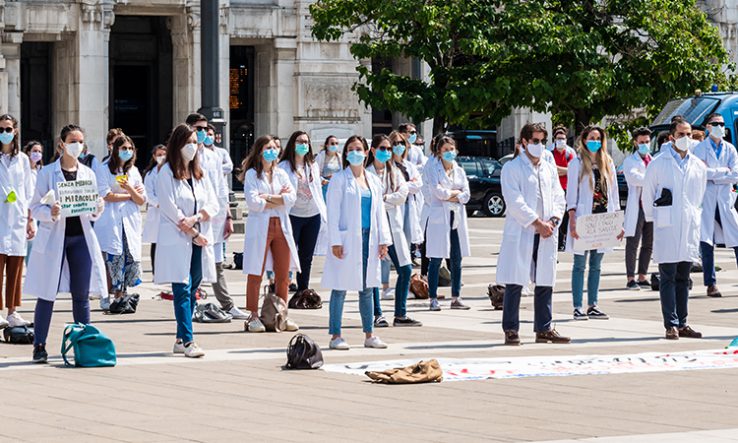 After the pandemic recedes, researchers could face a crisis of faith in their expertise

As the first wave of the Covid-19 pandemic slowly ebbs in Europe, public health experts are warning that a second wave this coming winter is very likely. But others in academia are keeping their eyes on a different kind of wave: one made up of the rush of attention being paid to scientific expertise.

Some have said that the public attention now focused on virus specialists, epidemiologists and disease modellers heralds a restoration of expertise to its rightful place of influence and esteem. Writing for Research Europe earlier this year, Kurt Deketelaere, secretary-general of the League of European Research Universities, suggested the pandemic was offering academics respite from the culture wars and the growth of populism. “The battle against coronavirus has brought with it a very welcome rehabilitation of experts and universities as deserving society’s trust and respect,” he said.

He is not alone in this view. One survey published in April showed that trust in science in Germany had reached record levels during the pandemic. Almost three-quarters of the 1,000 respondents said they trusted the results of science and research, with 35 per cent reporting that they “completely” trusted science, up from just 9 per cent last year.

And for their part, scientists also appear to have become more willing to engage with the public. The Conversation, a media outlet that publishes articles by academics, has reported receiving nearly four times more offers from authors wanting to write articles than before the pandemic.

But declaring a ‘win’ for science may prove premature. If Covid-19 estimates and projections are found to be inaccurate in several months’ time, this could raise questions about the necessity of draconian lockdown measures and trigger a crisis of faith in the researchers seen to be behind them.

“In six months’ time it could become obvious that measures which were based on scientific facts at the time might not have been necessary, and then you might have a very negative discussion,” says Reinhard Hüttl, a former chair of the Scientific Commission of the Scientific Council that advises the German government.

The heightened role of science is “a good thing in so far as it links policy decisions with credible scientific opinion”, says Maria Baghramian, a philosopher at University College Dublin and head of an EU-funded research project called Policy, Expertise and Trust in Action. “But it is also quite a dangerous development. Ultimately, it is the politicians and policymakers that make those decisions. To give the impression that it is otherwise…can become an opportunity to blame experts for anything that subsequently might go wrong.”

Already, there are signs of a backlash. As the pandemic has worsened, scientists worldwide have been thrust into the limelight—and not always greeted with cheers.

Some of the most visible researchers were initially hailed as heroes, only to be recast as villains almost overnight. Scientists have found themselves the unwitting scapegoats for mass anger as people have clamoured for restrictions on movement and activities to end. 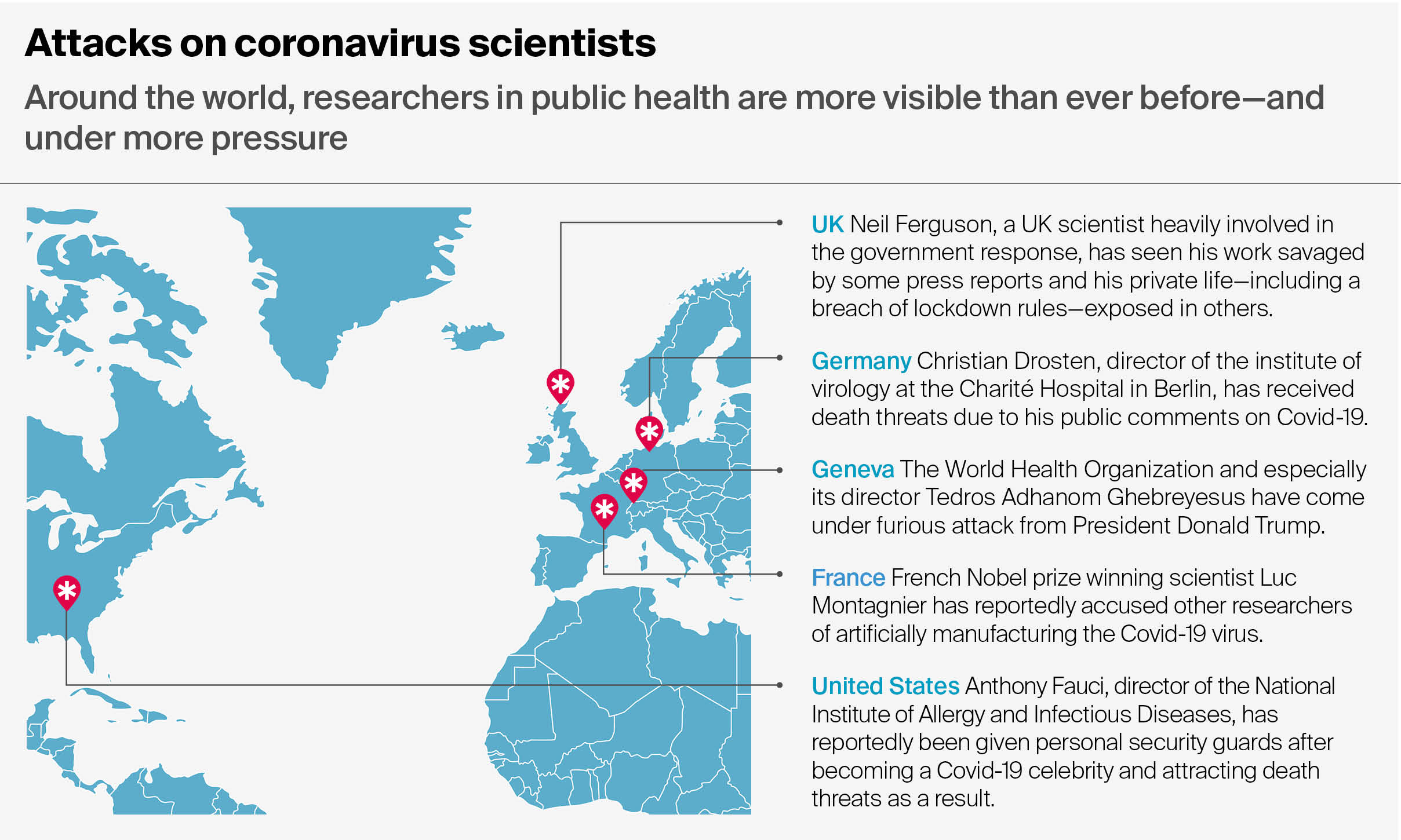 In the United States, lead Covid-19 expert Anthony Fauci, director of the National Institute of Allergy and Infectious Diseases, has delivered calm appeals to reason, in stark contrast with the approach of his president Donald Trump, whose bombastic delivery of misinformation has plumbed new depths during the pandemic. While Fauci’s televised appearances made him the subject of quirky tributes, including dolls made in his likeness, they have also spurred calls for his resignation.

Christian Drosten, director of the institute of virology at the Charité Hospital in Berlin and a prominent communicator on the pandemic in Germany, told The Guardian: “People see that the hospitals are not overwhelmed, and they don’t understand why their shops have to shut…For many Germans, I’m the evil guy who is crippling the economy. I get death threats, which I pass on to the police.”

Jeremy Farrar, director of biomedical philanthropic foundation the Wellcome Trust and a member of the UK’s Scientific Advisory Group for Emergencies, said on Twitter that he stood “in solidarity” with Drosten, as “many of us have received such threats”.

Walter Ricciardi, an Italian cancer researcher and head of the EU’s cancer R&D mission board, has been advising the Italian government on its Covid-19 response. He came under fire from populist politician Matteo Salvini and his followers after supporting a longer lockdown to prevent a second wave.

Ricciardi says public opinion on science has passed through phases. At first, politicians asked for support and researchers received “much praise” for their advice. But that praise turned to resentment when the advice began to clash with the aspirations of a stir-crazy populace eager to return to work and play.

“Most of us have been overexposed from the media point of view—of course we’re not accustomed to being on primetime news every day,” Ricciardi says. But he cautions that, in the face of shifting public opinion and changing political winds, academics must not let facts be bent to suit fashionable views. “We are scientists and we should always speak the truth, particularly to power.”

And although the pandemic is an opportunity for researchers to explore different ways of reaching the public, some warn that facts must be presented as incomplete.

“This crisis has shown how science works—science is not set truth, it’s a process,” says Hüttl. There may be no way of making the science more palatable, but research institutes and leaders can do their utmost to support the academics put in the position of doling out inconvenient truths, he says.

“People are just unsatisfied with the present situation, but we have to stand behind the researchers who are doing this job.”

And wait for that wave of attention to break.