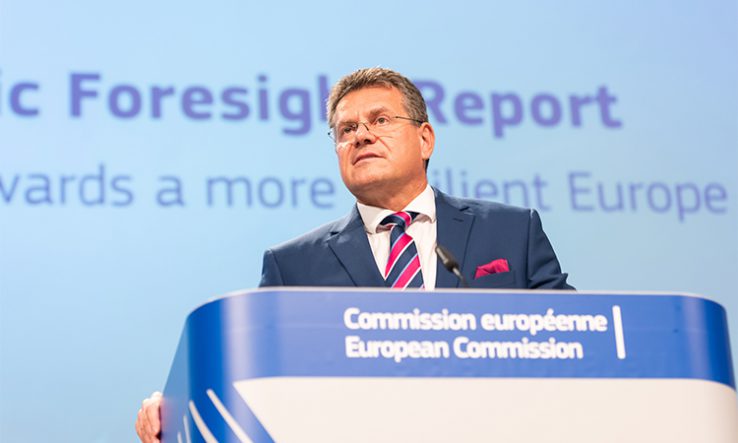 The European Commission had a “piecemeal” approach to foresight in the past, the vice-president now in charge of this activity has said, adding that political leaders failed to pay enough attention to researchers’ warnings about future pandemics.

Maroš Šefčovič admitted the shortcomings of the former system as the Commission published its first strategic foresight report on 9 September, setting out details of how a new approach to forward planning should influence EU policymaking.

Responding to questioning from Research Professional News, Šefčovič said the EU would have been in a better position to handle Covid-19 if this approach had been adopted 12-18 months ago.

“Foresight was there…there’d been the researchers, scientists, pointing to that direction, but the foresight was not strategic, meaning that this…inconvenient truth, was not properly discussed, dealt with, on the top levels,” he said.

Explaining why he thought warnings might not have been given the required attention, Šefčovič said: “Very often if you are acting on [the] political level you have to focus on what is very important on that day,” he said.

The Commission’s new approach to foresight includes the use of decision-making grids to display different EU countries’ abilities to recover from crises, such as those caused by geopolitics, environmental change or digitisation.

Under the new approach, potential EU policies will be tested against the best predictions for future trends, Šefčovič said.

He added that evidence will be drawn from the Joint Research Centre, the Commission’s in-house evidence service; the External Action Service, the EU’s diplomatic unit; European Parliament researchers; and research institutes.

If evidence through these channels shows the “writing on the wall” it will be up to Commission leaders to “act upon it”, he said.

Focused on resilience, the report cited cross-border institutional cooperation, virtual teaching, advances in cognitive sciences and a greater emphasis on lifelong learning as likely shifts in education over the coming years.