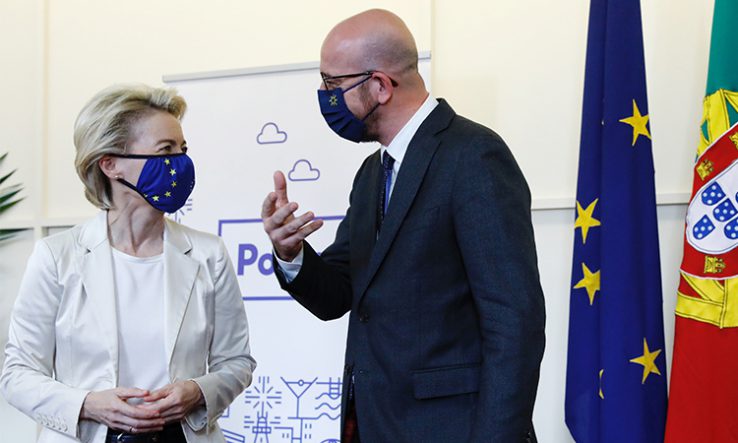 Left-leaning groups in the European Parliament have joined calls for the EU to support a waiver of intellectual property on Covid-19 vaccines, after the US administration swung behind the proposal and ahead of discussions on the issue at a meeting of EU heads of government today.

The controversial push for the World Trade Organization to agree to a waiver was initiated by India and South Africa at a WTO meeting in October 2020. After the US announced on 5 May that it had changed its position from opposition to support, the Socialists and Democrats, Greens and The Left groups in the European Parliament all piled pressure on the EU.

“The fact that the United States, under the Biden administration, has now decided to support the temporary lifting of the international obligations regarding patents for Covid-19 is a real game changer. And it’s not just about patents,” said MEP Kathleen Van Brempt, the S&D coordinator in the European Parliament’s trade committee.

“We need to do whatever it takes to scale up the global production capacity of Covid-19 vaccines, diagnostics, treatments and medical equipment. The transfer of data, research and knowledge about vaccine production is also essential. As [US] president Biden rightly pointed out yesterday, exceptional times call for exceptional measures. We have no time to waste.”

Many EU leaders had previously opposed the waiver, which the Parliament voted against on 29 April, but some are now weakening their opposition to it.

After the European Commission president Ursula von der Leyen (pictured left) said on 6 May that the EU was “ready to discuss” the idea, Charles Michel (pictured right), the president of the European Council that brings together EU national leaders, said the issue would be discussed at a Council summit in Porto on 7-8 May.

But leaders of EU member states are split on the issue. France’s president Emmanuel Macron told reporters on 6 May that he was “very much in favour of opening up intellectual property” on Covid-19. “We must obviously make this vaccine a global public good,” he said.

Conversely, a spokeswoman for the German government said on the same day that “protection of intellectual property is a source of innovation and must remain so in the future”. She added: “The limiting factors in the production of vaccines are the production capacities and the high-quality standards and not patents.”

The pharmaceutical industry is firmly opposed to the move. Uğur Şahin, the chief executive of the Covid-19 vaccine maker BioNTech, which has been highly praised by EU leaders, told reporters a waiver was “not a solution”.

He said the real issue was production licenses, and said BioNTech is “considering ways to issue special licences to competent producers” of its vaccine.

The European Federation of Pharmaceutical Industries and Associations said a waiver “would remove incentives for companies to continue research into new variants, new diagnostics, treatments and vaccines to tackle the coronavirus [and] fail to increase the global capacity to manufacture Covid-19 vaccines”.