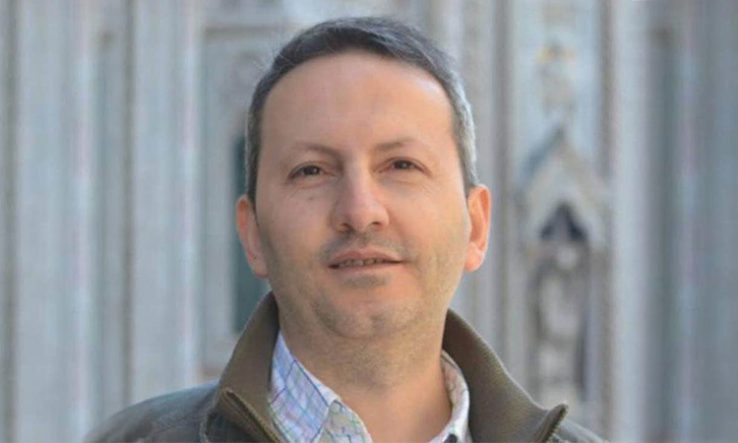 Ahmadreza Djalali, a Swedish-Iranian researcher of disaster medicine jailed and sentence to death in Iran, is still at “high risk” of his sentence being carried out, despite it not taking place when Djalali expected it to, his wife Vida Mehrannia has said.

Mehrannia said on 9 December she had been told by her husband’s lawyer that Djalali’s sentence had been “postponed” for one week. She told Research Professional News that “without immediate action from the EU and nations”, Djalali (pictured) may still face execution.

Mehrannia said last month that Djalali told her on the morning of 24 November he expected to be moved to detention elsewhere in Iran and thought his death penalty would be carried out “shortly”, prompting an outcry from research and human rights organisations. The execution did not take place as Djalali expected, but he remains in prison under the same sentence.

“He was convinced that he would die that day, and out of the happiness of being told he wouldn’t be killed that moment, he hugged the people that have made him suffer so much,” Mehrannia said, referring to the news of Djalali’s reprieve.

Djalali was arrested in April 2016 on charges of spying after accepting an invitation from the University of Tehran to give a talk there. He studied for his PhD at Stockholm’s Karolinska Institute before moving on to roles at the University of Eastern Piedmont in Italy and Vrije Universiteit Brussel in Belgium, and many in the European research community have spoken out in Djalali’s defence, including the Italian and German rectors’ conferences and the European University Association.

“We must all speak out against the death sentence and demand Dr Djalali’s immediate, safe return to his wife, children, and the scientific community,” said Alexandra Bell, an advocacy associate for the Scholars at Risk network, responding to the latest developments.

“The Swedish section of Amnesty International urges the Swedish Ministry of Foreign Affairs to intensify their efforts on behalf of Dr Djalali and work closely together with the EU, including Belgium, where Dr Djalali also has worked”, said Maja Åberg, a senior policy adviser for the charity’s Swedish branch.

Åberg encouraged members of the public to sign petitions and consider writing to their local Iranian embassy, asking for Djalali’s death penalty to be quashed and for him to be released. “We believe that international pressure is of utmost importance,” she added.