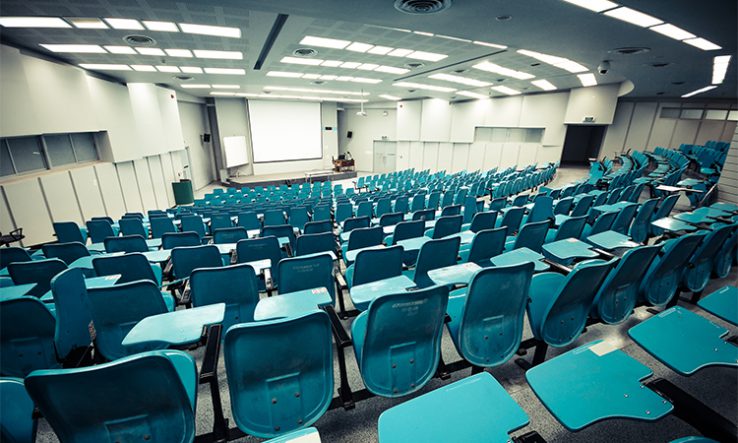 As countries take varied approaches to easing lockdowns, academia is responding in kind

With countries across Europe slowly bringing their current waves of the Covid-19 pandemic under control and starting to ease some lockdown restrictions, governments and academic leaders now face tough decisions about when and how to reopen research and higher education institutions.

Some are tentatively letting on-site research activities restart. KU Leuven in Belgium recently announced that from 20 April it would “allow a limited number of experiments and research processes to be carried out in its laboratories”, having suspended nearly all experimental work a month earlier.

But this “only concerns research activities for which specific equipment is needed”, and social distancing rules will have to be strictly adhered to. Processing and analysis of results is expected to be conducted at home with teleworking “still the norm”, the university said.

In general though, institutions are expecting restrictions on access to premises and social contact to remain in place for the time being. While some shops and schools are reopening, or being given dates for doing so, universities are largely staying closed for now.

“Our universities are preparing to be in this for a while longer,” Jan Palmowski, secretary-general of the Guild of European Research-Intensive Universities, told Research Europe.

Workarounds are needed; some of the most pressing concerns at institutional level revolve around students’ end-of-year exams and recruitment for the coming year.

“What is important, for now, is to enable enrolments and classes to continue to take place and to make students aware that their learning process does not need to be disrupted by this situation,” said Silvia Gómez Recio, secretary-general of the Young European Research Universities Network.

Many universities have changed their admission procedures. Some are postponing application deadlines for new students, and others—such as the University of Antwerp in Belgium, Maastricht University in the Netherlands and Brunel University London—have moved open days online.

Approaches vary between institutions and countries. The University of Southern Denmark has altered its entrance examination so applicants can take it from home, while the University of Eastern Finland is hosting admission exams mostly online, with only a few requiring in-person attendance. Exams at KU Leuven will happen in person, but spaced out over several halls to allow as much distance as possible between students.

The Conference of Rectors of Spanish Universities has advised members not to change their academic calendars, and successfully advocated for a 15-day postponement of students’ annual entrance examinations, which will now take place in early July.

The Conference of Italian University Rectors said that “in general universities are trying to figure out ways to carry out the tests, not to bypass them”.

In Poland, the “matura”, an exam following the end of secondary school that normally takes place in May, has been postponed. In an “optimistic scenario” this will now take place in June, the Conference of Rectors of Academic Schools in Poland said. Universities are postponing their admission decisions, normally made in early July, pending test results.

“The situation to a certain extent is quite different in many universities—there’s not a uniform approach to exams,” said Laura Keustermans, policy director at the League of European Research Universities, adding that no members she knew of were doing “normal” evaluations.

A similar situation applies to teaching. Some institutions in Poland have gone beyond the government mandate to suspend in-person classes until 26 April, with the University of Warsaw and Warsaw University of Technology saying they would not reopen campuses until 15 May.

“At the moment, none of our universities have physical classes, so everything is done remotely,” said Keustermans.

Tia Loukkola, director of institutional development at the European University Association, said the pandemic has kept universities on their toes. She said they would keep adapting to changes ahead, but much of the groundwork was already done.

“The good news is, now there is more time to prepare for this exam period than in the move to ‘online’ universities a few weeks ago,” she said.