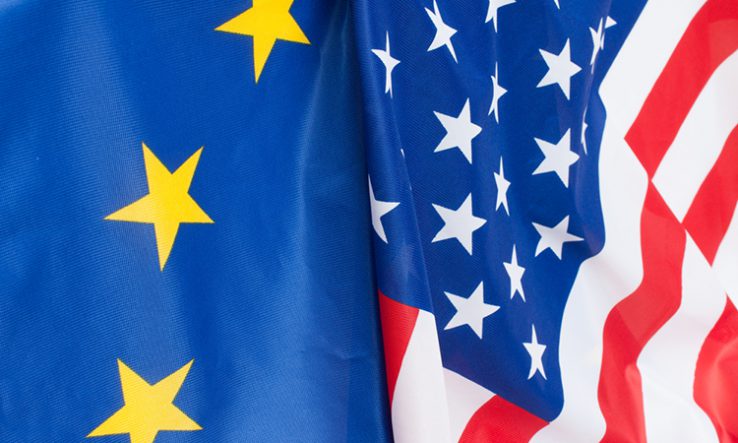 Universities should be strongly represented in trade talks between the EU and United States, to ensure the talks tackle their concerns around the export of research outputs from the bloc, a university group has argued.

On 13 January the League of European Research Universities said that “several critical elements were left uncovered” in 2021 EU guidance on how research is affected by export controls.

The group said it was pleased that an EU-US Trade and Technology Council—created last year as a forum for coordinating trade and technology policy—would tackle the application of export controls to research collaboration.

But Leru said the challenges faced by universities are often different to those of industry, and that it fears these concerns will be “swamped” by the voice of industry in the talks.

It said this would harm EU-US research collaboration, and potentially economic opportunities.

Leru said that if universities were involved in the talks they would be able to provide technical guidance as well as information on the specifics of their own work and situation.

Cybersurveillance needs to be discussed because universities need to know how they should avoid human rights violations arising from the use of technology they have had a role in developing, according to Leru.

EU guidance around patent applications is “extremely vague”, it said, adding that terms used in setting controls on technologies and kinds of research need to be better defined.

“The success of the TTC, and any recommendations on export controls arising from it, will depend upon all stakeholders having a voice within the discussions,” said Leru secretary general Kurt Deketelaere.

“Universities are impacted by export controls in many different ways, so it is imperative that the TTC listens to views of EU and US research universities.”