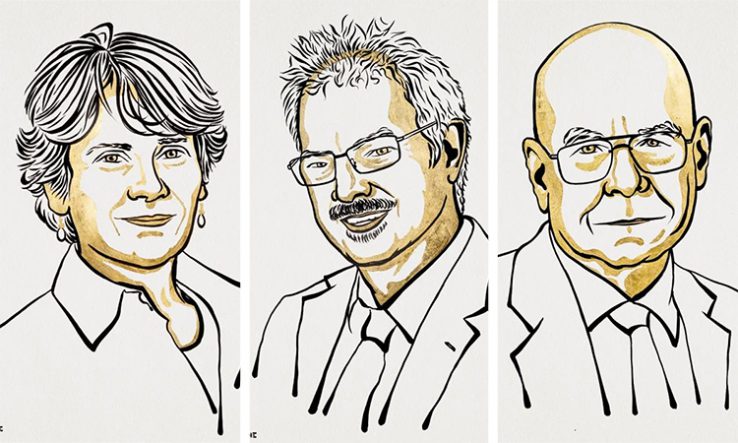 The 2022 Nobel Prize in Chemistry has been awarded to three researchers from the United States and Europe, whose discoveries were lauded for leading to a “revolution” in scientific thinking on linking molecules together.

The 10 million Swedish kroner (€920,000) prize, awarded by the Royal Swedish Academy of Sciences in Stockholm, went to Carolyn Bertozzi (pictured left) of Stanford University in the US; Morten Meldal (pictured centre) of the University of Copenhagen in Denmark; and Barry Sharpless (pictured right) of Scripps Research, also in the US.