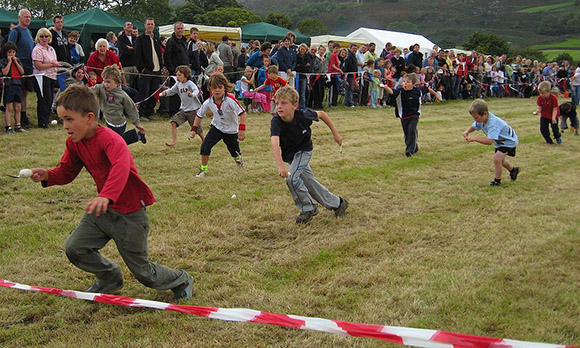 Unsuccessful applicants' increased productivity shows that work on rejected proposals is not necessarily wasted, say Charles Ayoubi and his colleagues.

Pierre de Coubertin, the father of modern Olympic Games, said: “The important thing is not to win but to take part.” But most researchers involved in competing for funding would struggle to share the sentiment.

The time spent writing grant applications, which for some reaches hundreds of hours a year, coupled with falling success rates—14 per cent for Horizon 2020, for example, compared with 22 per cent for Framework 7—make many feel like they waste a huge amount of time on bureaucratic drudgery that ultimately comes to nothing.

De Coubertin’s view, however, may be more applicable to research funding than has been appreciated. For one funding programme at least, we have found that most of the benefits come from applying, not from the final decision.

Raising money has become a vital skill for scientists, and can influence career progression and evaluation. But surprisingly little is known about the relationship between funding and scientific achievement. Previous studies have found that winning a grant leads only to a small increase in a researcher’s publication output—less than 5 per cent, for most studies.

We have added a new dimension to this picture using detailed records of a prestigious Swiss programme, Sinergia. This funds interdisciplinary projects proposed by teams at multiple institutions within Switzerland.

We compared the productivity of 775 applicants to the scheme between 2008 and 2012, both successful and unsuccessful, with a group of researchers who did not apply. The groups were matched for seniority, publication history, previous funding and discipline. This enabled us to analyse not just the effect of winning funding, but of applying for the grant.

Applicants saw a strong increase in their quantitative and qualitative productivity regardless of the results of the competition. Simply taking part in the Sinergia application process was associated with a boost in publication rate by 40 per cent—a surprisingly large effect, compared with previous studies—in the five years following application, relative to researchers who did not apply.

The average impact factor of the journals where applicants published also increased, and their papers referenced a wider range of sources, showing expanded intellectual horizons. On the downside, applicants’ papers received on average fewer citations than non-applicants. This is probably a result of their entering new fields, where they lacked an established reputation.

Productivity differences between successful and unsuccessful applicants were not statistically significant. The likeliest explanation for this is that the efforts already spent in preliminary planning, data-gathering and analysis, and collaboration-building made it relatively easy for applicants to continue with the project even without funding. Those who won grants, however, were more likely to go on to coauthor papers with their fellow applicants than those who did not.

So for the researchers we studied, at least, work on unsuccessful grant applications was not fruitless. Competing for a Sinergia grant allowed applicants to learn new things, explore new research trends and extend their networks. Scientists elsewhere should similarly see the time and effort invested in grant applications as seeds for new strands of research, build working ties and acquire knowledge.

These findings hold lessons for funding agencies. An important feature of Sinergia is an emphasis on science over administration: researchers must put a lot of effort into planning their scientific work, and not much into administrative formalities such as travel budgets.

Other funding agencies whose applications demand lengthy administrative details could learn from this. Funders can promote scientific production by publicising calls more widely, or introducing incentives such as reimbursement of application costs for good proposals.

The findings for competitive research grants could be tested in similar contests, such as startups seeking venture capital or firms bidding for public-procurement contracts. When entrepreneurs seek investors, for example, they are asked to write demanding business plans and have clear strategic planning.

The efforts spent in meeting these requirements could improve the performance of a startup regardless of investors’ funding decisions. Firms could likewise use their work on meeting the requirements of a public-procurement call to boost the efficiency of their projects and benefit whether they succeed in winning the contract or not.