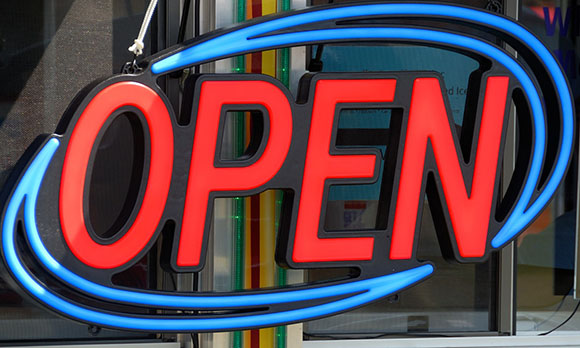 In 1950, French foreign minister Robert Schuman, one of the architects of European cooperation, observed that Europe will be created “through concrete achievements which first create a de facto solidarity”. Although little known outside the research community, the Horizon 2020 and upcoming Horizon Europe framework programmes are prime examples of such concrete building blocks.

EU research funding is so attractive that 16 non-EU nations are paying to be associated to Horizon 2020, meaning their research institutions can participate on the same terms as EU member states. Among them are countries with strong research capabilities, most notably Israel, Norway and Switzerland, and others such as Armenia, Moldova and Turkey.

Horizon Europe was supposed to further strengthen these international links. At a conference in February this year, Jean-Eric Paquet, head of the European Commission’s Directorate General for Research and Innovation, said he expected 20-30 countries to be associated to Horizon Europe, set to run from 2021. As well as the current 16, eight had already held exploratory talks on doing so, namely Argentina, Australia, Brazil, Canada, Japan, New Zealand, South Africa and the United States.

However, substantial talks can only take place once the European Council and Parliament have agreed on the form and contents of Horizon Europe. Partial agreement has already been reached, the so-called Common Understanding, but the question of association of third countries remains to be settled.

One reason could be the rise of nationalist politics worldwide, which some believe should mean European money for European research. The European Parliament’s amendments to the Commission’s proposals, for example, put significant conditions on international cooperation, allowing it only “where reciprocity is envisaged and where the union’s interest is safeguarded and increased participation of all member states in the programme is promoted”.

For Horizon Europe to prioritise EU member states—particularly those that are not doing well in Horizon 2020—over third countries would be short-sighted in several ways. First, the associated countries that have done well in Horizon 2020 have also paid in significant amounts of money. Cutting them out of Horizon Europe will reduce the EU research budget, which is already likely to suffer from cuts in the negotiations of the next Multiannual Financial Framework, and do nothing to raise the participation rates of underperforming member states.

Second, as an instrument of soft power, EU research funding ties non-member countries into the European sphere of influence, gives them a seat at the table and encourages cooperation in regions more often associated with conflict. For instance, the Sesame synchrotron, the first major international research infrastructure in the Middle East, is co-funded by the EU.

Third, the UK is a strong partner in research and innovation. It is in the EU’s interest to ensure that ties to UK research institutions forged over decades endure beyond Brexit. The EU should not hinder the association of the UK to the Horizon Europe programme, provided Brexit takes place in an orderly fashion and the UK honours its commitments.

All in all, keeping EU research “open to the world”, to echo one of the policy priorities of the departing research commissioner Carlos Moedas, is beneficial for scientific quality, attracting talent and solving the many challenges we all face.

As Robert-Jan Smits, Paquet’s predecessor as director general of DG Research and Innovation and currently the president of the Eindhoven University of Technology, put it: “Openness is a core value of the global science system. Scientists can only extend the frontiers of knowledge and find solutions for the grand societal challenges in a climate of openness, partnership and cooperation, cooperation beyond borders, cooperation beyond Brexit. It is therefore essential that Commissioner Moedas gets full support for his proposal for a renewed and ambitious association policy which is based on this core value.”

The new European Parliament should therefore ensure that all countries willing to make the necessary financial and political commitments are able to associate with Horizon Europe. Third countries also need to advocate for continuing the policy of being open to the world.

This entails talking not only to EU institutions, but to the science ministers and heads of government of EU member states. Finally, international and European-level associations should do more to highlight the benefits of association to the Framework programme for both EU members and non-members alike.

Daniel Spichtinger was a senior policy officer for open access to scientific publications in the European Commission. He is currently an independent EU research policy specialist and also works for the Open Innovation in Science Centre in Vienna