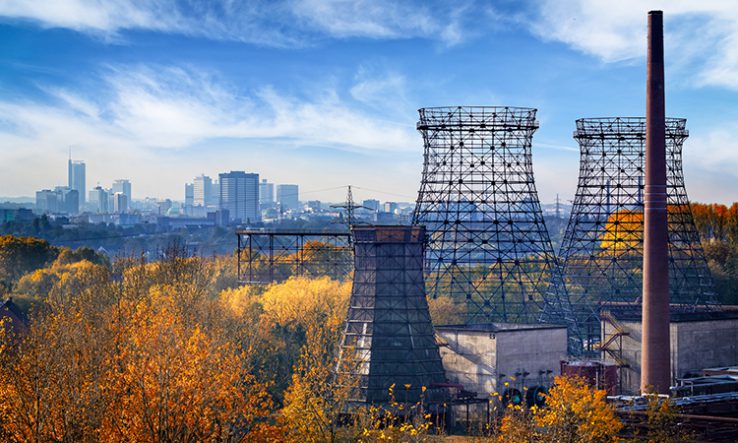 In the mid-19th century, Germany was a relative economic backwater. Half a century later, the country had become a global leader in industry and innovation.

During this time, Germany produced a jaw-dropping sequence of radical innovations: the pointer telegraph, launching both Siemens in 1847 and the modern telecommunications industry; optic lenses; the internal combustion engine; dry-cell batteries; synthetic rubber; and X-rays. Expertise in chemistry led to domination of the pharmaceutical industry with firms such as Bayer and Hoechst, both founded in 1863, and BASF in 1865. Industrial production grew by 37 per cent per decade between the mid-19th century and 1913, and real incomes grew by 15 per cent per decade.

This innovation-driven industrial revolution sprang out of a strong education and scientific research establishment, collaborating with private entrepreneurs and government—a combination now known as the triple-helix.

Germany invented the modern research university, the PhD, and the industrialisation of invention. A system of public research laboratories was established in 1887 and augmented in 1911 by the Kaiser Wilhelm Institutes, now called the Max Planck Institutes.

Two World Wars changed this. After World War II, economic growth rebounded, but innovation did not. Instead, the economy was driven by the support of the US-backed Marshall Plan and the rise of the Mittelstand—small- and medium-sized businesses that today generate 60 per cent of Germany’s exports.

By around 1975, both of these had exhausted their potential. Annual growth fell to around 2 per
cent between 1975 and 1990, and 1 per cent between 1990 and 2010. In this context, the decline in innovation became a cause of concern. Germany is the world’s third-largest producer of scientific papers by some rankings, but production of research per unit of investment is falling.

The number of firms that engage in innovation and the rate of return on R&D investment in manufacturing are also falling. The same goes for the proportion of patents granted relative to applications, and the quality of those that are granted. In the 1980s, German patents were cited 14 per cent less than those filed in the US. By the 2000s, the difference was 41 per cent.

Germany today is a leader in traditional industries reliant on mid-level technology, such as automobiles, printing presses and machine tools—all legacies of the 19th century. It is not a world leader in the drivers of the fourth industrial revolution, such as semiconductors, computing, 3D printing, nanotechnology, robotics and molecular biology.

The reasons for this decline in innovation are complex, and many are not unique to Germany. Most advanced economies, including the UK and US, are experiencing declines in business dynamism, entrepreneurship and innovation.

In Germany, these trends have left many sectors dominated by a few large firms, often also dating from the 19th century. These focus on protecting their market position from new entrants and have reduced the capital investment through which new technologies diffuse.

The education system has excelled at teaching specialised skills needed in a limited range of traditional industries but is weaker at providing the general skills more suited to the 21st century.

Some aspects of the German picture are unique. One is the long shadow of the Second World War, which led to the destruction of capital stock, the Cold War, the division of the country until 1990, the subsequent costs of reunification and a brain drain. Many scientists fled during and after the Nazi regime, including 11 Nobel Laureates in science—Albert Einstein, Max Born and Fritz Haber, among others.

A second feature of Germany’s innovation decline is in its Mittelstand, where firms typically innovate to incrementally improve existing products, not to introduce new ones. Together with the exchange rate advantage the country enjoys through the euro, this has so far delivered enough international competitiveness and export success to mask the decline in innovation.

What can be done to reverse this trend? Policies to increase competition, reduce market concentration and boost high-risk entrepreneurship should help. This would require reforms in financial markets, education, and social welfare. Many have urged the need for such reforms.

If, however, innovation is declining because all the inventions relying on low-hanging fruit from fundamental physics have been plucked, then a radical approach will be needed to propel basic scientific breakthroughs.

In an age marked by rising anti-science sentiment, could Germany—and the West in general—ignite a scientific revolution?