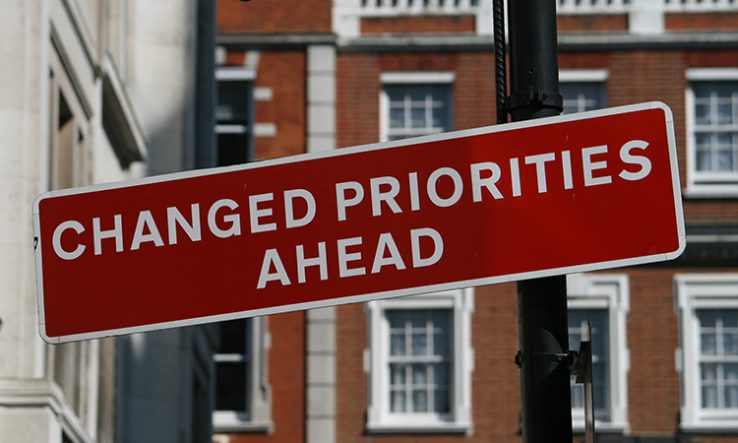 This year, Science Europe marks its tenth anniversary. Alongside its birthday celebrations, the association, which brings together Europe’s largest and best-known national research organisations, is publishing a new strategy to direct its efforts for the coming five years.

Developing that strategy has prompted a look back over the past decade. How borderless has science become? Can researchers and research organisations truly collaborate at the level of projects, programmes and facilities? Does the scientific environment facilitate research careers and strengthen institutions?

And crucially, especially in the context of Covid-19, are we better at communicating science than a decade ago?

Since its creation in October 2011, Science Europe has been committed to supporting European research, and creating and implementing effective policies for the European Research Area (ERA), through advocacy, the sharing of best practices and collaboration.

In that time, it has achieved significant advances in issues such as research integrity and the promotion of gender equality. Member organisations have championed new models of cross-border collaboration, notably through lead-agency agreements, and implemented joint policies for research data management. Finally, following strenuous efforts, the principles of open science are being enacted worldwide with Europe taking the lead.

The research landscape has changed significantly since 2011. Science has become more complex, data are generated at increasing speed and volumes, and data-driven approaches are supplementing traditional, hypothesis-driven research. This demands continual adaptation from the services and infrastructures that support science.

The role of science has also expanded as we have learned more about the challenges that face humanity. Society’s demands on research are constantly increasing, and social and political changes shape the evolution of both research and the ERA.

At the same time, the role of large national research funding and performing organisations in shaping these developments has become more central. Science Europe’s member organisations are vital links between science and society, in their use and allocation of public funds.

The new strategy sets out our three priorities: shaping European research policy; contributing to the evolution of research culture; and strengthening the role and contribution of science in tackling societal challenges.

In some senses, this represents continuity. On research policy, we and others have continually promoted investment in research and innovation at national and European level, and urged the EU to ensure the sustainability and success of the system as a whole.

Now, more than ever, it is vital to strengthen the global dimension of research and innovation, and to advance collaboration. With the past 18 months showing that innovation works best and fastest in places where collaboration flourishes, closing the performance divide between national R&D systems in Europe should be a priority.

A decade of debate on open science, as well as on young researchers’ career prospects and work environments, has prompted questioning about what we value and reward in science. Research culture provides a unifying approach to these and other topics, such as integrity, quality, and equality, diversity and inclusion.

The system’s values and norms shape the outputs and outcomes of research. As funders and performers, Science Europe’s members have the capacity and credibility to define and implement a culture shift, so that researchers can thrive and science can be embedded in society.

We want to kick-start a reappraisal of institutional approaches and values, to support the diversity and sustainability of research systems and develop recognition frameworks that support quality-driven, healthy research cultures.

The role of science in addressing global challenges is vital. At the same time, public mistrust of science and technology is growing in parts of society, while some countries face increasing political pressures to limit the freedom of research.

Science Europe will continue to support transdisciplinary research as a pillar of sustainable development, along with science-led responses to societal challenges. Both curiosity-driven and challenge-oriented approaches are required, and the role of the social sciences and humanities needs to be better considered.

At the same time, avoiding the pitfall of overpromising means engaging with society, involving citizens, and humbly and honestly communicating how science works and what research can and cannot do.

‘Shaping the future of research’ will remain Science Europe’s motto for the next decade. Collectively, we are committed to support researchers and all those involved in this fascinating activity where new knowledge is created. This knowledge has value for humanity independent of any practical application—yet history has also shown, over and over, that it will underpin future societal progress.