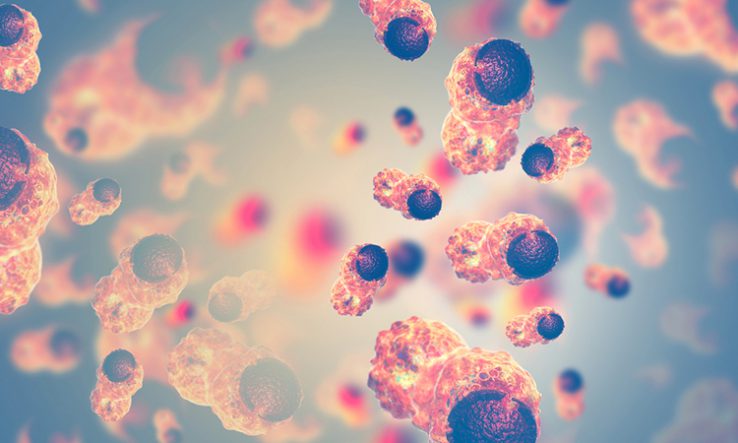 Europe is facing a cancer crisis—one that could set back cancer outcomes by a decade if urgent action is not taken.

The economic and social impacts of the Covid-19 pandemic, subsequent national lockdowns and the Russian invasion of Ukraine have been disastrous for cancer care across Europe. These challenges, combined with the emerging global cost-of-living crisis, will all have a detrimental effect on the funding of cancer care and research.

Research is not a luxury in this picture; it is an essential and integral part of modern European cancer care. Research-active hospitals that participate in clinical trials have better patient outcomes and adopt innovation more rapidly than those which do not.

Many countries risk seeing two decades of progress—better survival, reduced mortality—undone by the events of the past two and a half years. Such a retreat would be unacceptable; to avert it, we, as part of the European Groundshot Commission on Cancer Research convened through The Lancet Oncology, are calling for a new strategy and a doubling of the European cancer research budget, to €50 per person per year by 2030.

This figure currently stands at €26, whereas in the United States the per capita annual spend on cancer research is the equivalent of €234. This ten-fold gap is unacceptable.

There have already been encouraging developments. Ursula von der Leyen, president of the European Commission, has championed the need for a clearer strategic focus on health, calling for a stronger European Health Union.

Previous Commission presidents have rather shied away from health policy, seeing it as a national competency. Variations in survival between nations, however, suggest that this hands-off approach is not in the best interests of European citizens.

The Commission launched the EU Cancer Mission last year as part of the Horizon Europe R&D funding programme, aiming to improve the lives of 3 million cancer patients by 2030. But this is not enough. It is time for the Commission to significantly increase EU spending on cancer research, with the help of national funders and charities.

It’s not just how much you spend; it’s how you spend it. Simply increasing investment on a narrow research agenda, for example focussing on laboratory-based science and precision medicine—sometimes known as personalised medicine—that tailors care to individual variability in genes, environment and lifestyle, will not have the desired impact.

Precision medicine can improve care, but only as part of a system that translates discoveries into routine clinical practice in a timely fashion. That means recognising the need to support early diagnosis, research into health services and implementation science.

Europe is strong in laboratory-based cancer research, but far less effective at translating that research into benefits for patients. To turn discoveries into better outcomes, researchers, clinicians and policymakers need to implement the evidence across the complex mosaic of cancer care services and systems in different countries.

Investment needs to go where it is most needed, so it yields real value and contributes to improving survival and quality of life for European cancer patients. One aspect of this is being proportionate: lung cancer is responsible for 21 per cent of the burden caused by the disease in Europe, yet our data show it accounts for only 4 per cent of cancer research output.

Geography also matters. Our data show that western Europe is forging ahead in cancer research, with output of papers roughly doubling between 2009 and 2020. Central and Eastern Europe, however, are stagnating, despite decades within the European Research Area, with output in most of these countries rising only slightly over the same period.

We recommend increasing cancer research capacity, capability and investment in central and eastern European countries by 25 per cent by 2025. European equality in cancer care and research must be just that; research advances must benefit all citizens and patients, wherever they live.

Many of Europe’s cancer services, systems and research ecosystems were not fit for purpose, even before the pandemic. A new, radical strategic direction is needed, one that ensures the best research is implemented to improve the health and wellbeing of European citizens.

With Europe’s commitment to cancer through the Beating Cancer Plan and the Cancer Mission, there is an opportunity to be truly transformative. We can reimagine cancer research strategies to be people-centred, intelligence-driven focused on equality, not only supporting the best science and innovation, but delivering them in an affordable and equitable manner.

Mark Lawler is professor of digital health at Queen’s University Belfast. Richard Sullivan is director of the Institute of Cancer Policy at King’s College London. They are lead authors on The Lancet Oncology European Groundshot Commission on Cancer Research