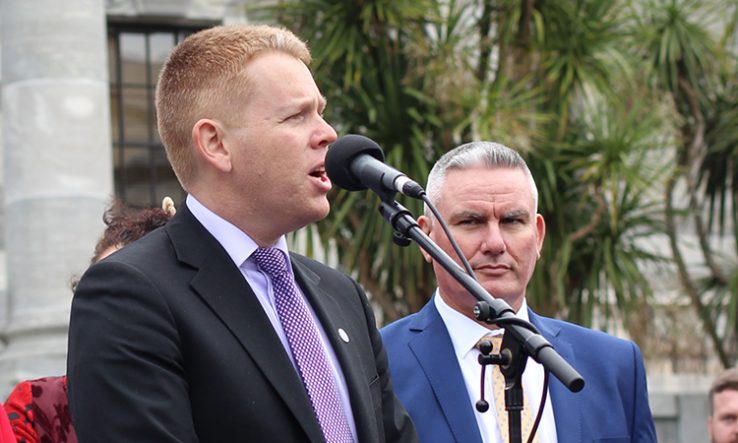 The elevation of New Zealand’s education minister Chris Hipkins to Labour Party leader has given universities hope of a voice “at the very top”.

Hipkins was elected to the Labour leadership unopposed on 22 January after the surprise resignation of incumbent Jacinda Ardern. He is now set to become prime minister and is expected to lead the party in the next general election on 14 October. The replacement education minister is yet to be named.

Universities New Zealand, which represents all eight of the country’s universities, pointed out that Hipkins had held the education portfolio in government and opposition for a combined 10 years.

However, she told Research Professional News that “to fulfil our full potential, it is imperative the government increases its support so we can overcome the constraints imposed by long-term inadequate funding. This, as Mr Hipkins knows, remains a priority for the New Zealand Vice-Chancellors’ Committee and Universities New Zealand—Te Pōkai Tara.”

The New Zealand Association of Scientists said that it thanked Ardern for her time as prime minister. “We’ll remember and cherish her focus on kindness and making science the heart of decision-making during the pandemic,” the group said.

Hipkins is a career politician, having been in parliament for 15 years and having worked as a political adviser before that. He is currently the most senior minister in the education portfolio, having been education spokesperson when Labour was in opposition. He has overseen the rebuilding of the international education sector, pushing universities for “high quality” over numbers.

He was minister of health for around six months in 2020, and until mid-2022 he was the minister responsible for New Zealand’s Covid-19 response. As well as education, his current responsibilities include the police.

Hipkins is expected to be formally sworn in on 25 January and to announce his new ministerial lineup shortly afterwards, including the next minister for education.