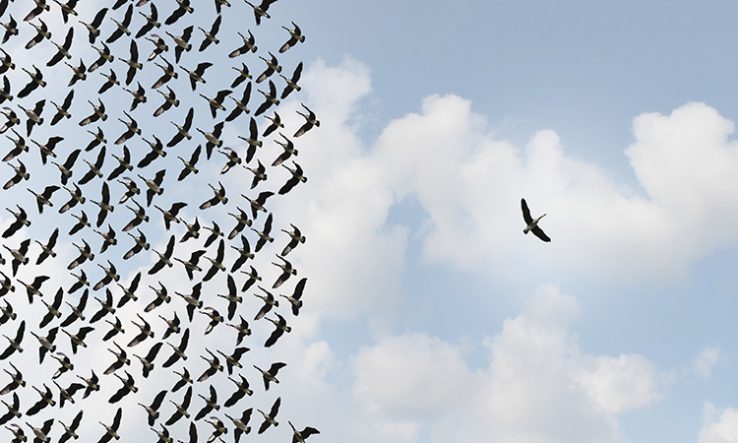 Research is global, and the UK can't make its rules in isolation, says Gemma Derrick

Science minister Amanda Solloway has decided to overhaul the Research Excellence Framework. Not REF 2021, for which universities are rushing to finalise their submissions; the next one.

To those who were hoping to see the REF abolished as a legacy of a pre-pandemic, managerialist perspective, this will be bad news. But, while some of these criticisms are valid, Solloway’s implicit confirmation of the REF’s survival was one of the positive notes of her announcement of 20 October.

Doing away with the REF would sacrifice both its value in making researchers and their institutions publicly accountable, and its potential to drive changes in the UK research landscape.

Many of the mooted reforms are the usual, stalely familiar stuff, such as efforts to include and incentivise a wider range of research outputs beyond journal papers, and an increased emphasis on how research contributes to the economy.

The more novel addition to the future REF wish-list is the minister’s desire to create a kinder, less bureaucratic research culture. The REF, with its huge power to create incentives and shape behaviour, could be a powerful tool for achieving that.

But research and research culture are global—and so is the demand for and definition of research excellence, and individual researchers’ behaviours and norms. They do not change just because the UK moves its goal posts.

Action on research culture will only succeed if it is multilateral. There are signs that UK policymakers understand this—later this month, for example, UK Research and Innovation is co-hosting, with the South African National Research Foundation, a virtual conference on responsible research assessment.

It also seems, however, that the government sees UK research as a UK good, and, through initiatives such as creating an Advanced Research Projects Agency, wants to align R&D with its own priorities. This is at odds with creating a kinder research culture; UK research would be grievously undermined if government policy adopted the exceptionalism that has marked its approach to areas such as Covid-19 and Brexit.

Researchers have international ambitions and pursue global markers of esteem. They value collaborating with international colleagues and organisations, and disseminate their research with little regard for national borders. They will continue to do so even if the REF’s definitions of scientific and societal value focus on the national level.

Researchers, in other words, have bigger fish to fry than the ambitions of a short-termist national government. The pressures that shape their work go far beyond those imposed by the REF, and their commitment, quite rightly, is to their research, not to a periodic national exercise that changes from one cycle to the next.

Any political effort to value national goals over international ones will only work to make the UK less attractive to an internationally competitive researcher. Solloway should understand that knowledge moves with people, and people move to where the opportunities are, and to places that share their ideal of research excellence.

If other countries have different notions of research excellence, changes to UK policy will have little effect on where researchers choose to publish, what goals they work towards, or what types of engagement and impact they embrace.

If researchers here can’t do what their international competitors, collaborators and societal partners value, they will go somewhere else. If the UK’s research strategy deems certain types of work as not valuable, the people that do them are likely to be snatched up by other countries looking to strengthen their research base, economic productivity and soft power.

Any moves, for example, to discourage the types of outputs that are considered excellent globally will only accelerate a brain drain that is already underway. Instead of buying into the long process of changing research culture, researchers are more likely to relocate to countries that provide more opportunities and mirror their own perceptions of what constitutes excellent, societally valuable research.

Above and beyond all this, there are other factors at play that make the UK research community a less kind place to work. The REF and its methods cannot be divorced from the politics surrounding universities and their place in the world. As universities struggle with changes to teaching loads, concerns over budgets and a looming no-deal Brexit, that is more true than ever.

If Solloway wants to change research culture she should start by working to change the culture that researchers work against—one perpetuated by a Conservative government that has had enough of experts, only looks to science during crises, ignores inconvenient evidence, demonises migrants and fosters popularism.

A better, more inclusive research culture is not divorced from broader culture—so how can a government promote equity in one, while fostering intolerance in the other?

All of this, far more than the demands and quirks of the REF, persuades international academics that they are better off working elsewhere.

Over the next few months, as the REF submissions come in, the evaluations start and gather pace, and the UK hopefully starts to recover from the pandemic and grapple with the consequences of Brexit, this blog will be discussing how these political issues and others may influence REF 2021 and preparations for the REF after that. We will also be discussing how the REF influences research culture now, and how it might change research culture.