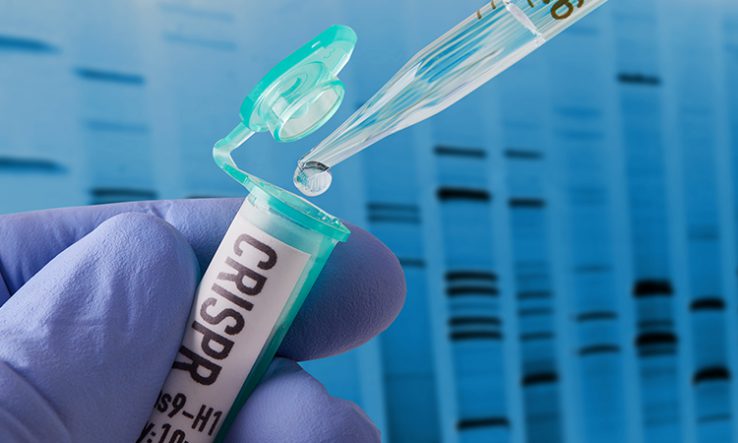 British scientists are, it’s safe to say, pro-EU. However, during the Brexit spasms, one corner of the scientific community could see a possible upside.

Some scientists working on genetic engineering for agriculture have long been frustrated by European regulations which they felt held back their experiments. For these researchers, and the agricultural biotechnology companies that commercialise their work, Brexit provides an opportunity.

It is unsurprising, therefore, that the Department for Environment, Food and Rural Affairs has announced it is consulting on new rules aimed at boosting agricultural innovation.

Defra is flirting with technologies that offer more precise genetic modification. Environment secretary George Eustice told a farming conference that “gene-editing has the ability to harness the genetic resources Mother Nature has provided, in order to tackle the challenges of our age”.

But for all Eustice’s attempts to rebrand this technology, the public history of genetic modification still looms over him.

Gideon Henderson, Defra’s chief scientific adviser, has called for a new public debate on genetically modified (GM) crops. The suspicion is that he’s mainly looking for a different answer from the one they got last time.

Henderson says the last proper debate took place in the 1990s, which isn’t quite right. There was indeed plenty of argument in the 90s, as British and European consumers and non-governmental organisations rebelled against modified foods in which they saw little benefit.

But there have also been many attempts to organise more constructive discussions since. Defra should recall a decades-long history of public conversation around genetic modification: some polite, some angry.

In 2011, I led a review of public dialogue on GM crops for Sciencewise, a government agency with expertise in deliberation on new technologies. The review was spurred by an aborted attempt at public dialogue by the Food Standards Agency in 2009; we were tasked with extracting the lessons from UK consultations and dialogues dating back to 1994.

The review showed that public concerns, which were already clear in the mid-90s, did not just relate to safety or to a nebulous Frankensteinian idea of playing with nature.

People also worried about who owned these technologies, and who might benefit from them. They were concerned about the effects of new crops on existing ecosystems and economic structures. They were sceptical about the humanitarian claims that GM crops would help feed the world, including its poorest citizens.

But the bigger lesson was that public dialogue, if it is to be trusted and constructive, has to be an actual dialogue. People don’t want to be force-fed new technologies, nor do they want to be told what they should and shouldn’t talk about.

Scientists are now optimistic that the technology has moved on, and that this will allay public concerns. Today’s gene-editing is more precise than old-school genetic modification and creates the possibility of tinkering with a species’ genome, without having to borrow genes from other species.

The hope is that this type of modification will worry people less than transgenic techniques that inserted genes from fish into tomatoes—a technology that was never commercialised, but which allowed campaigners to conjure up some vivid images.

The European Commission disagreed, classifying gene-edited plants as genetically modified organisms, enmeshing them in regulations. Scientists have been trying to persuade them otherwise.

The tenor of the discussion within the scientific community doesn’t bode well for public debate. Scientists should focus less on whether they can evade regulations and more on the novelty of their interventions.

New technologies raise new questions. As with the first generation of GM crops, people will be more interested in what the technology is for than in how it is regulated.

If scientists are seen as more interested in slipping their regulatory shackles than having a constructive discussion about the future of agriculture, their credibility will crack. Campaign groups such as GM Watch and GM Freeze have already responded to Defra with concerns that industry could use gene-editing as a trojan horse to smuggle in their old tech.

A new public debate is welcome, but if the government isn’t careful, it risks having—and losing—the same arguments it lost last time around.