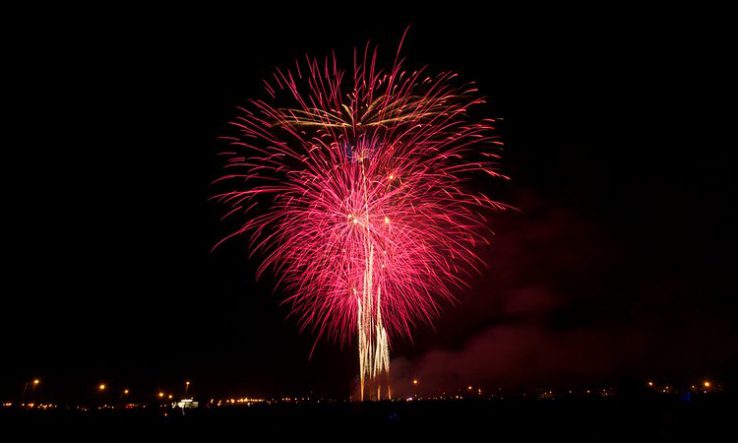 Now, not only has the high priest of the research temple announced that he’s stepping down from his role as executive chair of Research England, but we’ve been battered by a pandemic, bewildered by Brexit and struck dumb by dead cats tossed out from Downing Street. And don’t get me started on the tsunami of strategies, policies and new initiatives.

Of course, this is all just a way of getting my excuses in early. I’ll give you a horizon scan for 2022 but, like being on a boat in a storm, the horizon appears to be listing alarmingly. With that in mind, here are the points to look out for this year.

After I predicted that we would come to understand levelling up in 2021, we must now hope that 2022 will be the year. We’re still waiting for the white paper, which has been pushed back to the start of 2022.

We’ve already had some place-based funding (such as the Levelling Up Fund and the Community Renewal Fund), but levelling up remains somewhat nebulous. At Eastern Arc, we have argued that there needs to be a granularity in how regional need is identified; without it, pockets of deprivation in areas of prosperity will be overlooked, and vice versa.

Research England’s December 2021 promise of funding uplifts for participatory research and research culture suggests the government wants to do more than window-dress the recent R&D People and Culture Strategy. The amounts are small, but it’s a statement of intent.

Allied to this, there are more difficult issues associated with identity politics, no-platforming and questions of academic freedom. Universities will continue to try to chart a course between their academics’ right to undertake research whatever its focus and the right of their staff and students to be free from prejudice and threat. I can only see this balancing act becoming increasingly fraught.

Following the publication of UK Research and Innovation’s open-access policy in 2021, universities will have to make sure that their funded research is compliant. However, details are still sketchy: universities have been hoping for further guidance from UKRI and have concerns about the costs of implementing the policy. We’re still waiting for more information on articles, with more detail about monographs expected in the third quarter of 2022.

Outcome of the REF

If you’ve not done so already, mark 12 May in your calendar. At midday, the results of the Research Excellence Framework 2021 will be announced. We’ll know the overall quality profile for each submission by unit of assessment, which, like Roger Ebert film reviews, uses a slightly odd four-star rating system.

In addition, a programme to assess the future of research assessment was launched in May 2021; although no timeline is given, we may see initial findings and recommendations in 2022.

After a long wait, 2021 finally gave us the Comprehensive Spending Review. It provided good news: the government is still promising to increase research and innovation funding to £22 billion a year, but the timetable has been pushed back to 2026-27. UKRI and its constituent councils are now drafting a five-year strategy and delivery plans.

At the same time, there’s another review of UKRI, led by David Grant, due to report in the early summer. Whatever the focus and methodology, let’s hope it uses a four-star rating system for the results. Anything else would just be wrong.

Last year, there was the promise of UK association with Horizon Europe; this is now looking increasingly unlikely. That the UK was not included in a meeting held in December to discuss EU R&D priorities is the latest sign to point away from association. At the same time, the government has promised to restore overseas aid by the end of this parliament. Together, will this mean a dusting-off of the Smith-Reid review and plans for a discovery fund? I wouldn’t be surprised.

A little like levelling up, there’s been a lot of talk about the Advanced Research and Invention Agency but scant detail. All this is set to change in 2022: legislation has passed through parliament and the funder is due to power up. But the budget is relatively small (£800 million over four years), so don’t expect flying cars any time soon. There, at least, is a prediction you can rely on: no flying cars in 2022. You heard it here first.

Phil Ward is director of the Eastern Arc consortium, a collaboration between the Universities of East Anglia, Essex and Kent

This is an extract from an article in Research Professional’s Funding Insight service. To subscribe contact sales@researchresearch.com