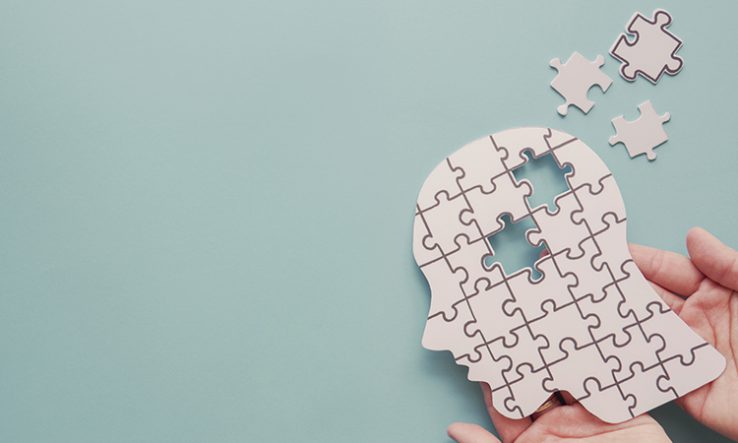 The government pledged to double dementia research spending—but where is the money?

In the 2019 Conservative Party election manifesto, Boris Johnson delighted ­­­science-minded voters with his promise to double research funding into dementia and speed up trials for treatments for the condition, which is one of the UK’s biggest health problems.

Based on funding levels between 2017 and 2018, this would have seen public spending on dementia research rise to around £160 million per year. But nearly two years and one pandemic later, researchers say they have not yet seen any sign of what the Conservatives announced would be a “dementia moonshot” materialising.

“The Covid-19 pandemic has undoubtedly delayed concrete spending plans for dementia research, but the major health, societal and financial challenge of dementia must not be sidelined,” Adrian Ivinson, director of the UK Dementia Research Institute, tells Research Fortnight.

Tragically, those living with dementia have been among the worst hit by the pandemic. Statistics show that twice the number of people with dementia died at the peak of Covid-19 compared with the number normally to be expected.

In April 2021, dementia overtook Covid-19 to once again become the leading cause of death in the UK—“demonstrating that urgent attention and extra investment must remain a government priority”, Ivinson says.

As well as the human cost, the government estimates the economic cost of dementia and Alzheimer’s disease in the UK is over £25 billion per year. This number is only going to increase as the country’s population ages.

A matter of urgency

David Thomas, head of policy at the charity Alzheimer’s Research UK (ARUK), agrees that the extra funding is urgent. “Government attention has understandably been focused on the Covid-19 crisis, but now that we are beginning our recovery from the pandemic, it is the right time for the government to fulfil this manifesto commitment.”

Despite its traditional place as the leading cause of death in England and Wales, dementia research has historically been underfunded, those working in the area believe. “Currently in the UK, there is one dementia researcher to every four cancer researchers,” says Ivinson. “The cancer research field is a success story that we can replicate, but this can’t happen without a major funding boost to build capacity, tools and translation.”

There is also concern that the government is conflating dementia research funding with funding for other neurodegenerative conditions, hitting the amounts available for all.

The arrival of Covid-19 only exacerbated matters, with lockdowns forcing charities to suspend fundraising activity. “The reduced income for dementia charities is having a major impact on biomedical research efforts right across the country,” says Ivinson.

“In addition, the majority of laboratories and research activities halted during the pandemic are still not back at full capacity. This has set the field back, and the injection of extra funding from the government is essential to make up for this loss.”

According to ARUK, there is already evidence that large numbers of dementia researchers are moving on to unrelated work. A survey carried out by the charity in September 2020 found that more than a third of dementia researchers were considering leaving academic research or had already left. Nearly a third—29 per cent—of the researchers had their funding suspended or cut, while 72 per cent said future funding opportunities had decreased.

“Without the dementia moonshot,” Ivinson says, “there is a risk this progress in research could stall, or even go backwards, with researchers leaving the field due to funding uncertainty caused by the pandemic. This is impacting research capacity that has taken decades to build.”

Richard Oakley, head of research at the Alzheimer’s Society (AS), says early career researchers were particularly hard hit by the pandemic “as they have seen a significant reduction in funding opportunities”.

Charities are deeply fearful for the future. “As the field has been chronically underfunded for many years, further disruption to funding opportunities could seriously damage progress being made to understand different types of dementia and progress towards new treatments,” says Oakley.

The Association of Medical Research Charities has estimated it will take four and half years for medical research funding by charitable organisations such as ARUK and AS to return to pre-pandemic levels, which Oakley describes as a “huge blow for dementia research”.

Johnson has continued to raise the importance of dementia research, citing “medical imperatives such as tackling dementia” in a 21 June announcement of a new R&D policy drive.

His government says they are “committed to significantly increasing research funding to improve detection and care for people living with all kinds of dementia, and as part of our 2020 Challenge on Dementia the government has already spent £344 million on dementia research in the past five years”.

Dementia featured in the government’s Life Sciences Vision, published this month, as one of “seven great healthcare challenges” the government wants to tackle, though with little mention of any extra funding.

Thomas says the inclusion in the document was “encouraging” but said that for the vision to succeed it is “vital” that the government sets out a plan to boost the R&D funding.

Despite worries over funding, news about treatments has been encouraging. On 7 June, the US Food and Drug Administration approved the drug Aducanumab for the underlying cause of Alzheimer’s, the most common form of dementia. It is the first new treatment for the disease in nearly 20 years.

Hilary Evans, chief executive of ARUK, hails the FDA’s decision as a “pivotal moment”. “People with dementia and their families have been waiting far too long for life-changing new treatments,” she says. “It is essential that regulatory authorities here assess the evidence to decide whether they believe the drug is safe and effective for use in the UK.”

Thomas thinks early detection and diagnosis can also be transformed. “Currently, people living with dementia are diagnosed at a stage when the diseases that cause the condition have progressed too far for potential future treatments to be effective,” he says.

“The UK has an opportunity to lead the world in the use of digital technology and AI to change this. We are at a tipping point for progress in dementia research, and the UK is well-placed to capitalise on this,” Thomas says. But he warns that if the government delays investing, the UK risks “losing the momentum and comparative advantage…in this area of research”. Other countries may then be better placed to dominate and profit from what will be a huge global market.

“Research will beat dementia. We have seen tremendous progress over the past decade,” says Oakley. “But we need to maintain the momentum.”

That momentum requires money, and as the manifesto pledge gets further away, the momentum is fading.

The government’s Life Sciences Vision says it will be “improving translational capabilities in neurodegeneration and dementia”. Its ambition is to “build on the existing dementia research ecosystem and partner with industry and academics to accelerate the pace of translational studies into novel dementia treatments”.

It states that societal costs of the disease “will grow significantly in the coming decades as the population ages”, and that “there has only been incremental progress in our understanding of the disease and other common dementias in recent decades”.

The “core components” of its plan to change this is to back translation of research, provide better regulation for innovations, and “join up” the dementia R&D ecosystem. This would include the development of “a hub and spoke translational research model” that would allow companies and academic groups to “more efficiently and effectively take products into early stage trials”, and ensuring that “new translational research capacity is aligned with existing programmes and funding”.