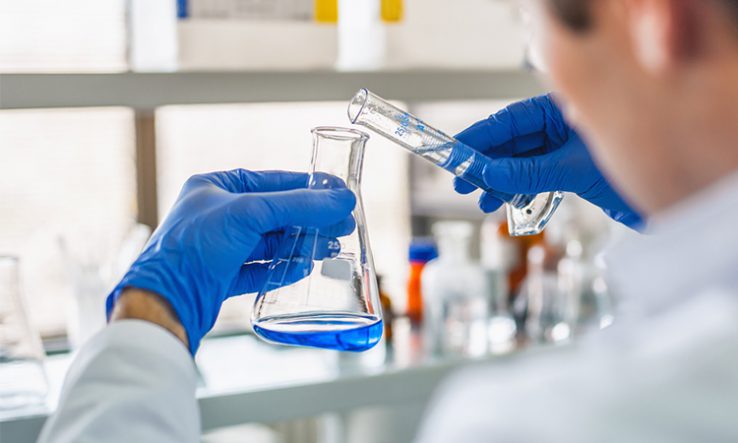 Government wants labs to step up, but some scientists are not sure labs are ready

Health secretary Matt Hancock has said hospitals should use spare laboratory space to test self-isolating NHS staff for coronavirus, so they can go back to work sooner if found negative.

His comments came as the government announced plans to work with companies and universities to scale up testing for Covid-19, following criticism that too few tests are being carried out.

“I pay tribute to the generosity and public spirit of Britain’s universities, research institutes and companies who have lent us their equipment without hesitation,” said Hancock.

Julian Peto, a statistician and epidemiologist at the London School of Hygiene and Tropical, wrote in the Financial Times on 31 March that the UK likely has enough polymerase chain reaction machines, which form the basis of one kind of diagnostic, to test everyone in the country.

“Every biology department in every university has dozens of PCRs,” he said. “Most academic labs have machines that can make the PCR primers that the test requires.”

“The only questions are how soon university and commercial labs can switch to doing Covid-19 tests, and how soon British biotech companies can provide the kits,” Peto said. “Patrick Vallance, the chief scientific adviser, should issue that public call now.”

But some scientists are sceptical about the approach and say a lot of care will be needed to keep the tests accurate.

“There are multiple issues with setting up new diagnostic testing capacity outside of regular diagnostic laboratories,” said Stephen Baker, professor of molecular microbiology at the University of Cambridge. “This is not an overnight solution.”

He added: “There are multiple steps to ensure that the methods used and results are correctly validated”, because “there is nothing more dangerous at the moment than reporting incorrect negative or positive results to staff or patients”.

But he said laboratories can adapt and validate assays and make them work using their equipment, which can then be rolled out to support the NHS.

Safety concerns must also be addressed.

“Given the nature of Covid-19 the samples need to be prepared in a suitable laboratory to reduce the risk of contamination or exposure to staff,” Baker said. “Such facilities may be limited in places, which also may impact on capacity.”

Several universities have already donated PCR machines to the NHS. But the government said on 31 March there was a lack of the chemicals needed to run the PCR tests.

“It’s hard to square the government suggestion that centrally we are running out of chemicals, with the comment this morning from Matt Hancock that local hospitals can use spare lab space to test staff,” said Al Edwards, a pharmaceutical engineer at the University of Reading. “How can they do this if there aren’t enough reagents to do tests centrally?”

It is not yet clear which chemicals are in short supply. Given the test’s complexity, it could be several of them, experts say.

“There are a lot of ingredients that go into a [PCR] virus test from a swab,” Edwards said. “Any of these might be hard to get hold of in the current rush. The world is seeing more of these virus tests conducted than ever before.”

He added: “This shortage could be the enzymes—called polymerase—that detect the virus. But they could also be simply the swabs or containers for collecting samples.”

And Edwards foresees challenges ahead.

“To make that test accurate, you need to keep the ingredients fixed,” he says. “So we are likely seeing a shortage of the exact ingredients used in the approved tests. Although other versions might work it’s not easy to simply switch to a different type. There can be tiny changes that make the test fail—for example if you use the wrong swab to take the sample, the virus might not be detected.”

Baker said his team is trying to create the capacity to assist with diagnostic testing and that he hopes they will have the equipment and reagents to continue with this in the coming weeks.

But he added: “However, for this to be continued and capacity increased we need a sustained supply of reagents for the whole process from swabbing through to virus detection [and] some guarantee from biotechnology companies that they can provide this would aid in our ability to predict how much screening can be done and for how long.”