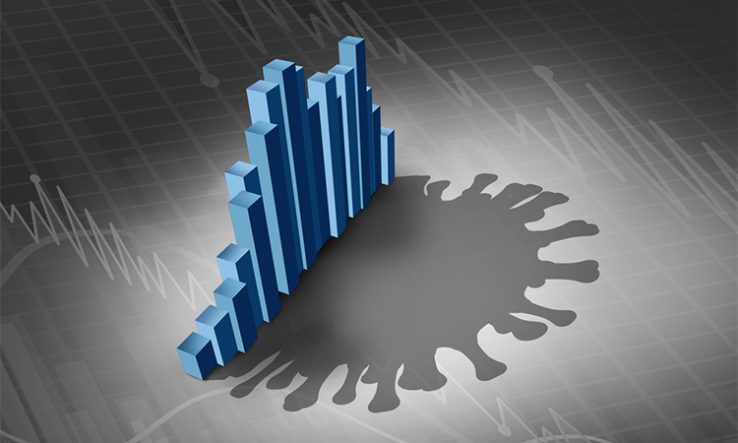 An expert network funded by the UK government to identify and prepare for emerging disease threats did not include the virus type that causes Covid-19—Sars coronavirus—on a 2019 list of 13 priority diseases, even though the virus was included on an equivalent World Health Organization list.

“The Sars omission does seem a bit strange and certainly a mistake in hindsight,” said Ian Jones, a professor of virology at the University of Reading, who is not part of the network.

The UK Vaccine Network is chaired by the chief medical officer, Chris Whitty, and brings together industry, academia and funders “to make targeted investments in specific vaccines and vaccine technology for infectious diseases with the potential to cause an epidemic”.

Comprised of more than 30 experts, including participants in the Scientific Advisory Group for Emergencies, Neil Ferguson and John Edmunds, the network has been guiding the investment of £120 million of government funding from 2016 through to 2021.

But none of the dozens of projects funded though the network so far—with more than £70 million in total listed by the Department of Health and Social Care—focused on Sars.

Lawrence Young, pro-dean for external affairs at Warwick Medical School, who is not part of the network, said that funding for Sars vaccine development “died away” with Sars-CoV-1, a virus that causes severe acute respiratory syndrome and that was a threat in the mid-2000s. “Sars-CoV-2 has been a wakeup call,” said Young.

Inclusion of Sars on the 2019 priority list could have helped “in terms of advancing our understanding of the immunology of Sars infection and the development of a specific vaccine” for Covid-19, said Lawrence, who noted “the importance of learning from previous infections with coronaviruses in humans and in animals”.

Chris Coleman, assistant professor of infection immunology at the University of Nottingham, agreed that including Sars on the list “may have helped with the current outbreak”, if a general coronavirus vaccine were to work for closely related viruses such as Sars-CoV-1 and Sars-CoV-2.

“It is possible,” he said, “that if Sars-1 was included, that we would now have vaccines that also worked against Sars-2.”

However, both Coleman and Young said there is a high level of uncertainty around whether and how vaccines for one coronavirus would work on another.

The network’s paper was published in the journal Vaccine in October 2019—just a couple of months before the emergence of the pandemic Sars-CoV-2 virus. The paper said Sars was on the network’s “long list but not the final list” and noted that the WHO had included Sars on its 2018 ‘Blueprint for R&D preparedness and response to public health emergencies due to highly infectious pathogens’.

“These differences reflect both the different priorities of the organisations compiling the lists and the uncertain nature of prioritising diseases,” the network’s paper said. “Very often the differences between lists is the result of small variations in the perceived risk of diseases by members of the review panel.” 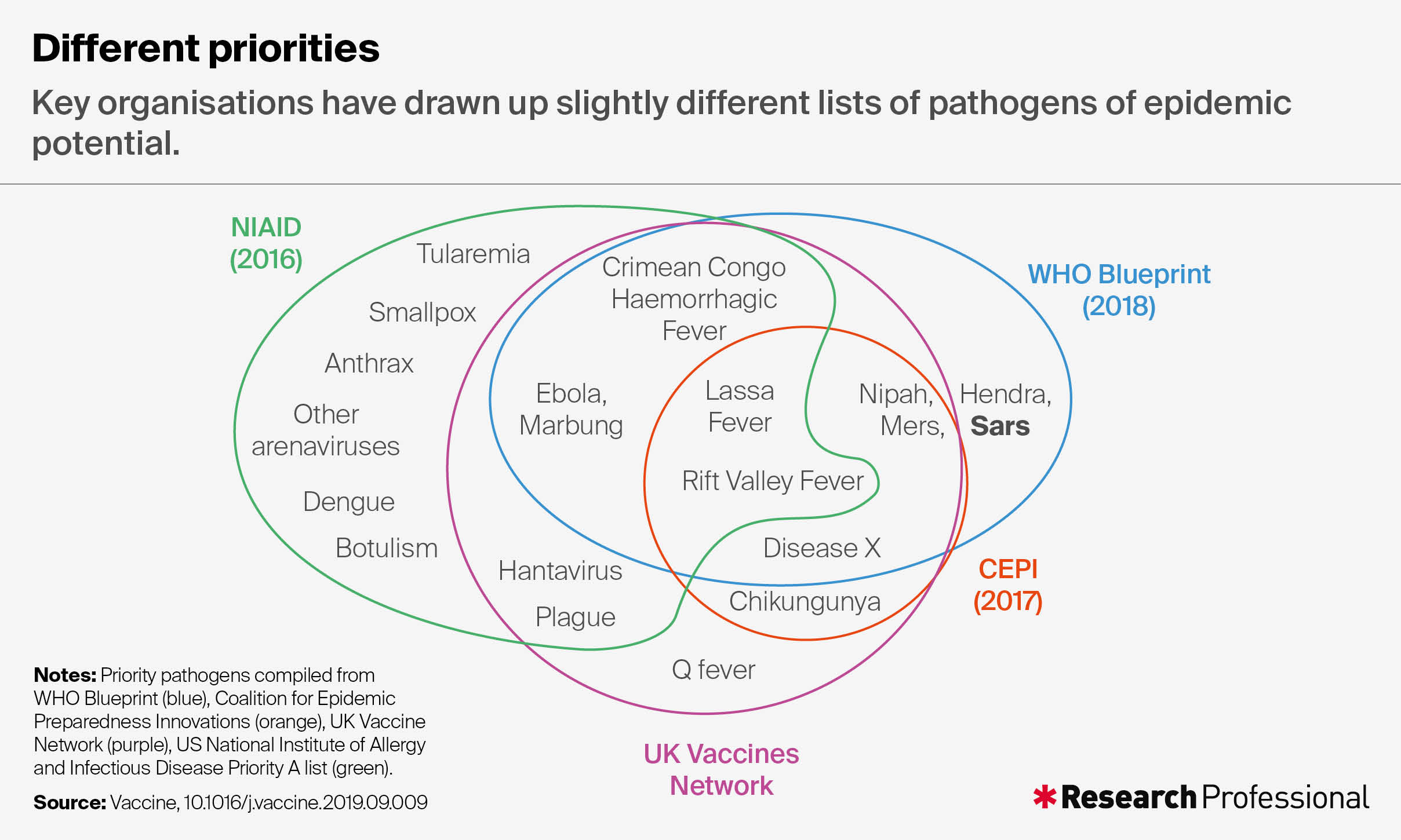 Robert Noad, lecturer in molecular virology at the Royal Veterinary College, who is part of the expert network, said that no such list of priorities will ever be “perfect”. He said the network’s work did end up helping with the Covid-19 pandemic.

The network prioritised another coronavirus, Mers, because it was circulating and causing disease in humans at the time, while Sars was not, Noad said. This led to £1.8m being spent on phase-I clinical trials of the chimpanzee adenovirus vaccine platform for Mers, which has now rapidly been adapted for use for Sars-Cov-2 by the University of Oxford, he said.

“We were well aware of Sars-like viruses as a potential threat,” he said, “but the argument was that if you progress to clinical trials for one coronavirus using a particular vaccine platform you demonstrate its potential for any other emerging coronavirus.”

Noad said one route to better preparation would have been focusing on viruses originating from specific animal hosts, for example by targeting funding to all viruses from bats or mosquitoes. “This would potentially have meant we were better prepared for Ebola, Covid and Zika,” he said. But he said there was no guarantee the next pandemic would come from one of these sources.

Miles Carroll, deputy director of the National Infections Service at Public Health England, who chaired the network’s expert working group on prioritisation, pointed out that the group prioritised the so-called ‘Disease X’, which refers to an unknown pathogen. “Disease X represents the unknown, which Sars-2 clearly is,” he said.

But Jones said that while “Disease X as a concept is fine…there has to be something specific if you want to make specific vaccine plans, as the vaccine type will relate to the disease.”

Coleman agreed. “Vaccines almost always need something specific about them in order to target the virus in question,” he said. “So, the ‘Disease X’ idea is not necessarily appropriate when you have a list of diseases in mind already.”

Disease X does not feature on the government website that lists the network’s priorities, and none of the projects funded through the network mention Disease X.

Carroll said the website “has neglected to include Disease X and this needs to be rectified”. But Research Professional News understands the government does not treat Disease X as a priority pathogen because it does not yet exist. The Department for Health and Social Care has been approached for comment.

Commenting on the different priority lists, Jones said that “part of the problem is the usual thing that one part of government doesn’t know what another part is doing”.