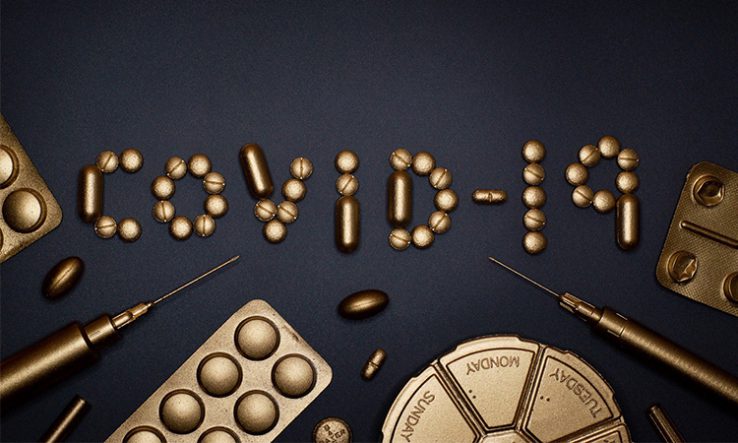 A US-based company, ImmunityBio, has acquired worldwide rights to technology developed in the UK to deliver Covid-19 vaccines in a pill or tablet form, and has now started clinical trials.

ImmunityBio’s human adenovirus (hAd5) Covid-19 vaccine candidate is being tested in people in South Africa as well as in the US, following successful tests in non-human primates.

The vaccine is designed to activate the immune system through virus-specific T-cells and to generate memory B-cells with neutralising antibodies, which ImmunityBio says could protect against emerging coronavirus mutations.

The trials involve different formulations of the vaccine, including oral capsules that are stable at room temperature and were first developed by Stabilitech, a company now known as iosBio and headquartered in Burgess Hill in the UK.

Wayne Channon, chair of iosBio, says the company started work on the technology, called OraPro, in 2015 and was backed by two Innovate UK grants worth in total over £2.2 million to explore its use in delivering a vaccine for the Zika virus. But when coronavirus struck early last year, Innovate UK allowed the company to repurpose the remaining grant money to develop a Covid-19 vaccine candidate.

The firm eventually partnered with ImmunityBio, which Channon says understood the potential of the technology and had the funding and capacity to usher it through clinical trials and scale up production quickly. They are now working together on trials and if all goes well, Channon expects to have the vaccine ready for rollout later this year.

The vaccine candidate targets both the mutation-prone outer spike protein of the coronavirus and the more stable inner nucleocapsid protein, activating antibodies, memory B-cells and T-cells with the goal of creating longer-term protection. The hope is that it will serve as “a universal T-cell boost to current vaccines or address mutations where other vaccines might fail”, according to ImmunityBio.

“Unlike antibody-based vaccines, T-cell-based vaccines kill the infected cell, preventing virus replication, and could provide long-term immune memory to recipients,” said Patrick Soon-Shiong, chair and chief executive of ImmunityBio. “Pursuing a vaccine that does not rely solely on targeting the S protein where the mutations are occurring is of critical importance as multiple variants of the Sars-Cov-2 virus have appeared globally, with concentrated outbreaks beginning in South Africa.”

Soon-Shiong said that trials of the oral vaccine in South Africa were spurred on by “exciting results” that showed “complete protection to a viral challenge in our non-human primate data”.

A pill form allows the vaccine to be delivered to the gut, where most of the immune cells are, says Channon, and also has the added benefit of being easily transported. Similarly, in its tablet form, the vaccine can be given by placing it under the tongue—which is also being tested in the South African trial.

The oral vaccine delivery platform technology “has the potential to transform the way people take vaccines and addresses the challenges of storage and global distribution of vaccines”, Soon-Shiong added. “Given the need for global distribution in both developing and developed countries, the enormous challenge of cold-chain requirements could be mitigated by a room temperature stable formulation of hAd5 that can be administered without the need for needles,” he said.

Graeme Meintjes, a professor of medicine at the University of Cape Town and a co-investigator on the trial, said: “The possibility of oral capsules for boosting doses is very exciting.”

These vaccine vectors are engineered to withstand temperatures of up to 50 degrees Celsius, allowing them to pass through the stomach without loss of efficacy and generate a range of immune responses.

“This technology is key to developing vaccines that can be administered orally without loss of efficacy and has the potential to truly transform vaccine development,” Channon said. “Oral vaccines have the potential to overcome global challenges of traditional vaccines, many of which need to be stored and transported at freezing temperatures.

“Oral vaccines are more cost-effective to produce and can be easily stored and transported around the world. They also have the potential to be self-administered, reducing health systems’ dependency on trained health professionals to run immunisation programmes, and present a future where people could have vaccines delivered straight to their door.”

Under the terms of the licensing agreement, iosBio will be eligible to receive royalties on net worldwide sales of the approved oral vaccine.

Channon says that he would also like to run a trial in the UK and is in talks with the UK Vaccine Taskforce.

The taskforce’s former chair, Kate Bingham, recently told MPs that vaccines requiring two doses, a cold chain, needles and healthcare professionals to administer are not ideal “if they need to be given repeatedly, so we need to be developing vaccine formats that are ideally oral, buccal or intranasal, or even a patch that you can just get sent in the post, and that will basically then protect you for whatever period it may be.”