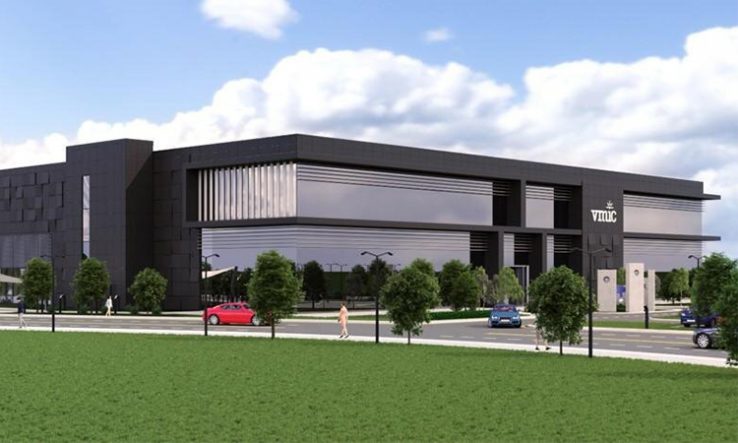 Researchers fear the UK’s ability to respond to future pandemics could be at risk, following the suspension of construction at the government-backed Vaccine Manufacturing and Innovation Centre.

The US pharma firm Catalent, which acquired the centre in April, planned to invest $160m (£120m) to complete the facility and equip it with the capabilities for the development and manufacture of biologic therapies and vaccines.

But the firm has now delayed the project, leading to renewed worries about the UK’s future vaccine-manufacturing capabilities, which the centre was supposed to bolster.

A spokesperson for Catalent told Research Professional News the firm had decided to “reduce and delay some of its capital expenditure projects” to ensure it continues to operate “efficiently and sustainably”.

“This includes temporarily suspending construction activities at our Oxford facility, which remains an important element of Catalent’s long-term growth plans in Europe.”

Research Professional News understands that Catalent now intends for the site to become operational in its 2024 financial year, which starts in July 2023 and runs to June 2024.

‘Still very far from a solution to Covid’

“There is this idea in the UK that the pandemic is over,” she said, “and the worrying part is that vaccine development is also ending. This is very concerning because we’ve already had four waves this year and we are seeing variants which are becoming increasingly resistant.”

“We’re still very far from a solution to Covid,” she added. “Our government has adopted a vaccine-only approach and used vaccines and some limited anti-virals as a reason to get back to normal.

“But if we don’t have a vaccine-development strategy, that puts the UK’s future public health response in doubt because the virus keeps evolving rapidly and there doesn’t seem to be any major vaccine development on the horizon.”

Her concern was shared by Robin Shattock—head of mucosal infection and immunity at Imperial College London’s Department of Medicine and outgoing chair of the board of directors at the VMIC—who told Research Professional News the suspended construction “serves to emphasise the continued need for investment in vaccine R&D and manufacturing innovation”.

“While the disappointing delays to the Catalent facility will have an impact on UK manufacturing capacity, meeting the UK’s future vaccine innovation needs is of higher strategic importance.”

Doug Brown, chief executive of the British Society for Immunology, also said the news was “disappointing”.

“The original vision for this centre was to build the UK’s pandemic preparedness and vaccine manufacturing ability, something the British Society for Immunology has called for many years. With the involvement of Catalent, this centre would still have provided significant infrastructure to work towards the government’s goal for the UK to be a world leader in the life sciences industry.”

In light of the news, he called for efforts to be “re-doubled to ensure that the government make the right investments in our R&D and manufacturing capabilities to support both pandemic preparedness and the life sciences vision”.

The VMIC center was founded in 2018 by the University of Oxford, the London School of Hygiene and Tropical Medicine and Imperial College London, with almost £215m in funding from the UK government through the Department for Business, Energy and Industrial Strategy.

Kate Bingham, the former head of the government’s Vaccine Taskforce, told MPs today the centre was scaled up during the pandemic to “help massively increase manufacturing capability” but has “been sold and mothballed” instead.

She also suggested that the “innovation mandate for the VMIC has been lost”.

“It’s not that we’ve necessarily lost the people and the skills, but there is no leadership, no mandate, the ‘I’ in VMIC as far as I can see has been eliminated,” she said. “So we’ve lost the manufacturing side because it’s been mothballed and we’ve lost the innovation side because no one is continuing that or supporting that.

“Now, if we have innovative vaccine companies that want to work with the UK to develop next-generation vaccines I don’t know who they talk to or where they go.”

Research Professional News has approached Catalent and the Department for Business, Energy and Industrial Strategy for comment.

The Harwell campus, where the centre is based, declined to comment.