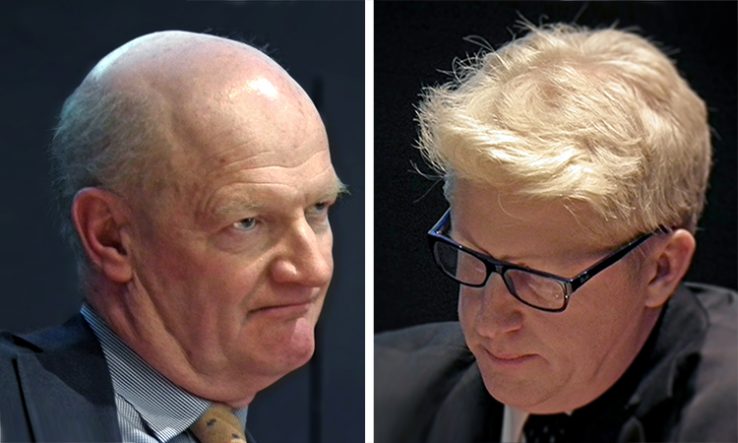 Speaking at Research Professional Live at the Royal Society in London on 5 February, Jo Johnson—who was in office between 2015 and 2018—said the decision to replace maintenance grants with loans for the poorest students was “obviously a very big mistake”.

He added: “I’m glad that that’s in the process of being unwound”. The Conservative Party vowed to bring back maintenance grants for nurses in its 2019 election manifesto, promising every student would receive at least £5,000.

Johnson also said he “deeply” regretted leaving the role in January 2018 to go to the Department for Transport, describing the experience as a “fiasco”.

On a less serious note, the former MP said he regretted starting a competition to name a polar research vessel owned by the Natural Environment Research Council in March 2016. Following the poll, Boaty McBoatface was the most popular choice. But Johnson later announced the vessel would be named RRS Sir David Attenborough.

He said his greatest achievement in office was the Higher Education Research Act, which later led to the creation of UK Research and Innovation and the Office for Students in 2018, adding, “I hope it does the job for the sector”.

Meanwhile, David Willetts—the architect of the current tuition fee system, who was in office between 2010 and 2014—said the decline in mature students was one of his biggest regrets during his time in office.

“We never thought that [increasing] fees and loans was going to hit mature students in the way it did,” he said. “The decline in adult learning is a big problem in the UK, and it’s partly employers disengaging with their responsibilities. [But] it’s also that we haven’t got the kind of public policy and public funding that we need to promote adult learning, and part-time students and mature students going to university.”

The Conservative peer added that he thought he “should have pressed universities more to show what they were doing”, in reference to earlier discussion in the session about universities’ roles in regional development.

Earlier on, Willetts said: “My frustration—and I wish I had been firmer with universities on this—is why don’t you come up with some proper measures of value, some proper metrics for your regional role. If you don’t, outsiders will, and the relative lack of universities researching and developing their own measures in this area I think has created a vacuum that others then fill.”

The ex-minister said his greatest achievement was protecting the university and science budgets from “far worse” public expenditure reductions during austerity.

As a result, he said, “in the decade of austerity both universities and science did relatively well and actually to some extent some of the pressures that the sector now faces are caused by people saying: ‘How did they manage to escape relatively lightly from austerity?’”