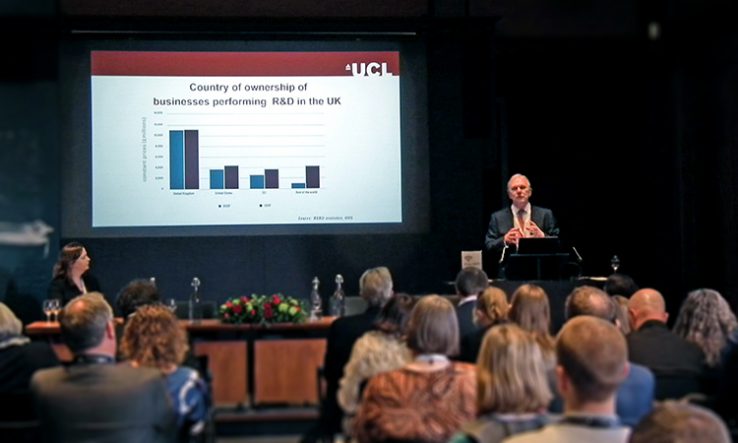 A hiatus could be “part of the price” of UK association to Horizon Europe, the co-author of a report on the future of international research collaboration has cautioned.

Graeme Reid, who is chair of science and research policy at University College London, was speaking at Research Professional Live 2020—an event exploring the future of research at the Royal Society on 5 February.

Asked about the possibility of the UK having a hiatus either before association to the EU’s next R&D programme or before the decision not to associate, Reid said: “there’s got to be a significant risk that, if we make association our non-negotiable goal, in that case the hiatus would come as part of the price of association”.﻿

If the UK chooses not to associate or is unable to, and can only participate as a third country, he said: “My understanding of the timing is that we would be in a position to embark on third-country participation without a particularly long hiatus.”

Third-country status, he added, would mean that participating in the prestigious European Research Council grant scheme “will be somewhere between difficult and impossible” and in such a scenario the UK should launch its own version of ERC.

Nevertheless, he stressed that it would “not be a catastrophe” if the UK fails to associate with Horizon Europe.

“It’s not where we want to be, but it’s not a catastrophe either. There are options.”

In such a case, the government’s top priority should be to “protect and stabilise existing capability”, said Reid. “Don’t do shiny new things until we’ve protected the capability that we’ve got. Otherwise, we are actually just going into reverse.

“It’s only after that that you can start to embark on what could actually be quite an exciting agenda. It would be an expensive agenda; it would involve disruptions that frankly would be better avoided. But if we have to be there, it is not Armageddon.”

Elsewhere in his speech, Reid pointed out that any future money going towards Horizon Europe association would no longer be part of the treaty commitment that comes with EU membership.

“From now on, the cost of UK participation in EU programmes will need to be tensioned against other options for public spending. That will be a decision made by the Treasury just like any other public spending decision.”

The government has repeatedly expressed its desire to associate to Horizon Europe, with science minister Chris Skidmore recently telling MPs that he was “determined to work towards association”. But the rules for joining as a non-EU ‘associate’ country are not yet finalised.