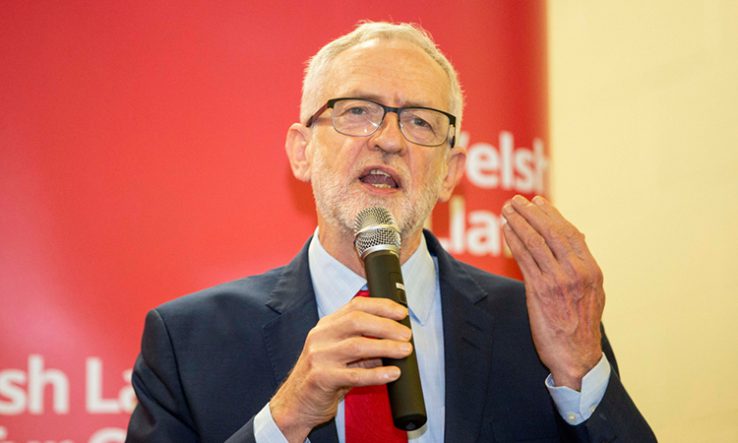 Government ministers must support research laboratories in staying open during the coronavirus crisis—and provide the funds necessary for them to do so—according to a group of scientists who claim the prime minister’s current approach to stemming the outbreak’s impact is insufficient.

Publishing ‘A Science Based Socialist Response to the Covid-19 Pandemic’ on 21 March, political party affiliate group Scientists for Labour argued the government had “reacted poorly to the coronavirus outbreak”, that the first emergency Cobra meeting “should have convened a month before it was” and that public health authorities “should have played a much more visible role” in the outbreak response.

In terms of moving forward, the group’s report argues that experts researching Covid-19 “must be able to continue their research” even as universities across the country begin to close.

“It is vital that, while reasonable steps are taken to prevent the spread of the virus, laboratories and centres researching the virus are kept open,” the report states, but warns that “this will require procurement, finance, cleaning, and security staff to continue working”.

As such, increased financial support must be made available, including “investment in the necessary infrastructure to produce medications and vaccines at a large scale”.

“Any government action to contain the virus must take these requirements into account and funds need to be freely available for research to continue,” the report concludes.

It follows a statement by the pubic research funder, UK Research and Innovation, that existing research grants will likely be disrupted amid workforce pressures during the outbreak.

The Scientists for Labour report argues that “research groups who expect work to stop will not purchase key resources, particularly those which are perishable, which could lead to a delay in vital research”.

Existing international collaborations are already under strain, the group added, “with social isolation of both individuals and countries implemented in response to coronavirus”.

The group also gives advice to the Labour Party.

“It is vital that at no point the Labour Party spreads misinformation, and it cannot take a reactive approach,” the report says. “It needs to be seen as leading, proposing scientifically sound ideas, and raising key issues. Its status as the official opposition allows it to shine light on issues in a way the scientific community cannot, and as such it should act as a proxy for the scientific community.”

The report comes as some senior scientists have warned against politicisation of the issue.

“Science thrives on debate and it is often the interaction of conflicting views and challenge that drives progress,” said Robert Lechler, president of the Academy of Medical Sciences. “Trustworthy advice from credible experts can quickly be politicised. Scientists bear a strong responsibility here and must work to ensure the public have access to the latest reliable evidence whilst at the same time maintaining awareness of its impact in the ongoing broader societal debate.”

Regarding concerns about politicization, Benjamin Fernando, chair of Scientists for Labour who works on numerical modelling of wave propagation in fluids at the University of Oxford, told Research Professional News: “These issues must be guided by science—though we must recognise that the science is in some places uncertain or rapidly developing.”

“What has been clear is that the government’s response has been lacking and the opposition must therefore hold them to account,” he said. “It is therefore vital that both responses and criticism must be guided by science if we are to make it through this crisis”.

On 20 March, the House of Commons Science and Technology Select Committee announced an inquiry into the UK’s responsiveness to Covid-19. The committee is calling for evidence from scientists, with the aim of analysing aspects such as funding availability and the involvement of experts’ data in forecasting the outbreak.