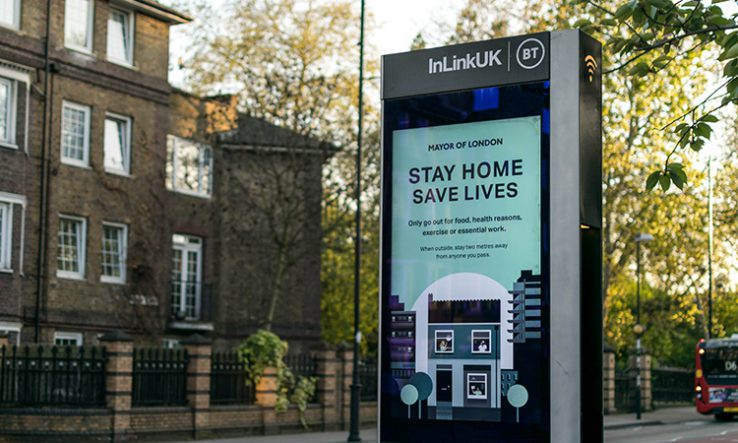 In 1989, John Ashton witnessed first hand the tragic events at the Hillsborough football stadium in which 96 Liverpool fans lost their lives.

In the years that followed, the British doctor, academic and public health chief became a key whistle-blower as the victims and their families fought for justice.

Three decades later, he feels it is his duty to speak out about what he describes as the “worst-managed” disaster he has encountered in his career—the Covid-19 pandemic.

“Hillsborough was an absolute disaster in every sense of the word, followed by conspiracy and cover up—and this is going to be the same,” he tells Research Fortnight.

He says the government has been “back-filling the truth on a day-to-day basis”.

“They’ve tried to make out that it all makes sense, that they are following the science and doing things in a timely way as and when they need to do them,” he says. “Then they just gloss over the fact that they’ve got everything wrong—and they somehow make out that it all forms a coherent progression.”

Despite the UK having a scientific advice system that is the envy of the world, and despite carrying out pandemic preparedness exercises and listing pandemics in its national risk registers, the country looks set to be one of the hardest-hit developed nations.

Many academics and commentators have highlighted a long list of possible missteps along the way. Some believe the government called the lockdown too late. Others say efforts to ramp up testing of suspected cases and source more ventilators have been mismanaged.

“The UK had all the information about what was going on in Italy, for example, and what had happened in China, and yet, we chose to do very little for about three weeks and that lost us an awful lot of time in being able to minimise the impact,” Anne Glover, first chief scientific adviser for Scotland and formerly for the president of the European Commission, told the BBC on 22 April.

“The thing we can learn from this pandemic is that you need to act quickly.”

Ashton, formerly president of the Faculty of Public Health, believes the lack of testing in the UK early on meant researchers modelling the outbreak initially did not have adequate data to predict the trajectory of the virus. It was only later that they realised the UK was following the trajectory of Italy, after which a UK-wide lockdown was triggered on 23 March.

Meanwhile, prime minister Boris Johnson has faced criticism for not attending five Cobra meetings in the early days of the pandemic.

David King—who served as chief scientific adviser to Tony Blair and Gordon Brown between 2000 and 2007—said he could not remember an occasion when a prime minister did not chair a Cobra meeting.

“If a meeting is on an important issue and the chief scientific adviser gets invited, I’m fairly sure that every time it was the prime minister who chaired,” he says. “To not attend five meetings really does say something.”

For years, academics and politicians knew Britain might one day suffer from a pandemic.

King himself warned of an outbreak on this scale in 2006 in a Government Office for Science report titled Infectious Diseases: Preparing for the Future.

“We pointed out in the report if an outbreak of a new virus developed anywhere in the world it would be everywhere in three months. And, of course, that’s exactly what happened here. So it shouldn’t have been any surprise.”

More recently, the government has been accused of burying the findings from a three-day simulation exercise in 2016—code-named Exercise Cygnus. These reportedly detailed gaps in NHS capacity but were never published.

Asked if he had read the findings of that exercise, acting head of government Dominic Raab told journalists on 22 April 2020: “It’s not something that immediately springs to mind”. He would not commit to making the exercise’s findings public.

Beyond general preparedness for a pandemic, critics also point to specific issues with the initial response to Covid-19.

In early January, the World Health Organization warned governments about the risk of human-to-human transmission of Covid-19, which was then taking hold in China.

Despite this warning, the government’s advisory body, the New and Emerging Respiratory Virus Threats Advisory Group—deemed the risk to be “very low” at the time, raising it to “moderate” only in late February.

King says there is “no question” that the UK ignored WHO warnings.

“It may well be that the government was distracted,” he says. “We had a new government in place and we had been battling away over Brexit for many years. We had emerged from that, and suddenly there was a celebratory mood—and that mood was: ‘Don’t rain on my parade’.”

King believes that all along the UK has taken “a very reactive mode of operation—it’s not proactive, which is precisely the wrong way around.”

“We were ill-prepared when the outbreak occurred in January in China, and we stayed ill-prepared—astonishingly—until almost the present day,” he says.

Ashton traces this lack of preparedness back to a decade of austerity that followed the 2008 global financial crisis. This, he says, led to “significant reductions” in grants to local public-health teams, as well as “neglect” of measures to prepare for disasters and emergencies.

He also believes the 2013 Health and Social Care Act “fragmented” the response system through the creation of Public Health England, which “centralised public health in London and the south east, leading to a weaker regional and local public health presence”.

As a result, testing is centralised in a small number of PHE labs, he says, and there is limited capacity for contact-tracing across the UK.

“One of the things that really needs to urgently happen now is to re-instate the resources for local public health and to reposition them to give them the authority of leadership to be in charge of the testing and contact tracing,” Ashton says.

Ian Boyd, the former chief scientific adviser at the Department for Environment, Food and Rural Affairs between 2012 and 2019, also hints at limited funding and misperception of risk as likely problems.

He told the Guardian last month that the UK’s biological security strategy, published in 2018 to address the threat of pandemics, was not properly implemented because of a lack of resources.

Boyd tells Research Fortnight that during his time as a government adviser, he was involved in a risk-assessment exercise once every six months or so.

The results of those exercises would then be fed back to senior members of government departments, who would make business cases to the Treasury.

At that point, they went “into the mix, with all the other things the government needs to spend money on”, explains Boyd. “That’s where the problem tends to arise, [because some of] the issues are long-term and might not happen.”

One of Boyd’s criticisms of the current system is that risks are considered individually rather than collectively.

“If you look at the individual risk of a pandemic, it was really quite low—but if you look at all the different risks put together, the chances of something happening in the next five to 10 years were really quite high. But nobody looked at it that way.”

But for Boyd, it is too early to take lessons from the way the government has handled the crisis. And he is not quick to criticise.

“I think it’s very easy with the benefit of hindsight to say: ‘A few weeks ago, you should have done this instead of that’.”

Some of these moves may have been better than others, he admits, adding that those in decision-making roles have “extraordinarily difficult choices”.

The measures eventually put in place to control the virus do now seem to be working.

Growing calls for a public inquiry into the government’s handling of the outbreak could soon reach a volume that cannot be ignored.

“I’m sure there will be one,” says King.

“And if the government was open and honest and transparent, it would surely welcome that. On the other hand, a government that keeps the Cygnus report top secret is not exactly being open and frank.”

Timeline of a crisis

April 2020 It becomes clear that the UK is one of nations hit hardest by the coronavirus.