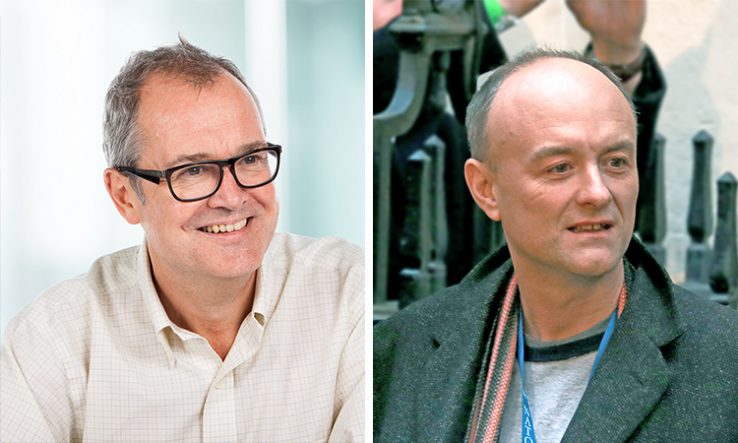 Image: GSK [CC BY 2.0], via Flickr; Cubankite, via Shutterstock

The role of the government’s most senior scientists in the UK’s response to the coronavirus crisis has been thrown into the spotlight, with pressure mounting for transparency over the research that has informed them and the role of political advisers in their discussions.

Over the past week, numerous politicians and researchers have criticised the government for refusing to publish documents related to the Scientific Advisory Group for Emergencies (Sage) and for refusing to reveal all the names of the group’s participants.

“There is a cliquishness and a lack of transparency,” John Ashton, a British doctor, academic and former public health chief, told Research Fortnight. “It needs to be out in the open.”

“Number 10 officials and officials from other departments attend or dial into Sage to listen to its discussions and occasionally ask questions, which is essential at a time the government is dealing with a global pandemic,” said a spokesperson. “It is not true that Dominic Cummings is ‘on’ or a member of Sage.”

The chair of the group, chief scientist Patrick Vallance, later told journalists it was normal for officials to listen into meetings and ask questions. “But they are not part of the general discussion,” he said.

He also said the government was trying to publish Sage documents “as soon as we can”.

Despite Sage committing to updating its website “on a regular basis with the latest available evidence”, the site has not been updated with new documents for five weeks.

“There’s a very large number of documents which we’ve got,” said Vallance. “Some of them are already in the public domain. Others are ones that have been put together by academics that we need to get permission…to publish. But I’m absolutely determined that we get all of these out and get them out in a regular cadence so that people can see them.”

It was not immediately clear if Vallance’s comments—made as Research Fortnight went to press—would stem demands for more openness from Sage.

Critics have also highlighted the apparent failure to publish in full the computer code for the simulation that Imperial College London used to model the pandemic, and which was instrumental in the government’s decision to impose a UK-wide lockdown. Some of this code has been released. But Ashton said: “People needed to be able to see their homework and workings out. These bio-statistical modellers are only part of the total picture—you need other kinds of science in there.”

In contrast to the UK’s approach, he said, documents published by the World Health Organization on the pandemic “stress the importance of openness and transparency and public engagement”.

Even before Cummings’ involvement with Sage emerged, pressure was mounting on Vallance over the committee’s transparency.

James Rubin, chair of the Scientific Pandemic Influenza Group on Behaviour that reports into Sage, told MPs on 16 April that the science behind the government’s policy on exit from the lockdown should be set out plainly for the public.

“I don’t think that this stuff should be kept secret,” said Rubin, who is a reader in the psychology of emerging health risks at King’s College London. “People need to understand, and have the right to understand, what the plan is and what the timelines look like…the more open the government can be and the more open different decisions can be the better it is.”

Speaking then, Vallance said the names of Sage participants would be released only when the committee “stops convening on this emergency”, based on advice from the Centre for the Protection of National Infrastructure and to safeguard members from lobbying and “other forms of unwanted influence”.

But at a Science Media Centre briefing on 27 April he indicated his thinking was shifting.

“This is going on so long…I’m in favour of getting the names out” for those willing to be named, he said.