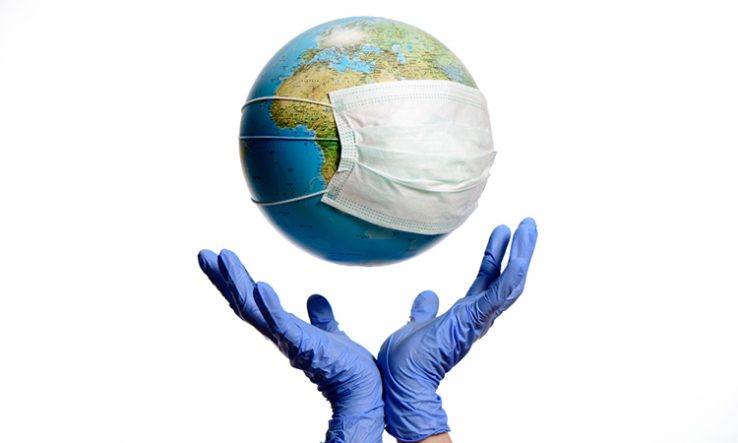 Covid-19 is not the first novel deadly infectious disease to strike the UK.

Following the Severe Acute Respiratory Syndrome (SARS) outbreak, experts assessed what needed improving to better prepare for the next epidemic.

Their advice included the need for building regional research expertise and setting up a dedicated research fund for emergencies to help out university scientists.

Here we republish our 2003 story about that expert assessment.

What do we need for the next epidemic?

It was a story that took the newspapers by storm: an epidemic of international proportions waged by a previously unknown and deadly virus. The outbreak of Severe Acute Respiratory Syndrome and its rapid, and seemingly uncontrollable, spread could have spelt vast and endless recriminations for the government. But as it stands, the government appears to have come out remarkably unscathed.

According to the Academy of Medical Sciences, whose working group published a report on the handling of the SARS virus outbreak in June, the UK got lucky with both a low incidence of SARS during this year’s epidemic and having the necessary research expertise to draw upon.

“There is a need for the UK to build more infrastructure to support research across a broad area (because of the uncertain nature of future threats),” it concluded. “While the UK might not be able to match the intensity of activity in Hong Kong (the influenza epicentre) or the US Centers for Disease Control (response to terrorism), it is important that the UK has sufficient infrastructure to capitalise on the expertise currently available—and to prepare the next generation expertise,” the report warned.

“If there had been a crisis, the UK may have struggled to respond in consequence of the weakening of surveillance structures,” it pointed out. And while the expertise existed in the UK to cope with the SARS virus, equivalent expertise might not be available for a different virus, the AMS warned.

The report also suggested that there was a need to review expertise in the UK and to ensure coordination of activities. In particular so that resources are not wasted on excessive duplication and a fast response could be mounted against any new threats that might arise.

“There appears to be no mechanisms for providing funding in an emergency—Corona virus expertise in Bristol was mobilised efficiently to support the Health Protection Agency, but only through the use of university funds,” the working group of top-level scientists said. “Such ad hoc arrangements do not offer much confidence that the UK will respond effectively to future emergencies. More funding is required to build academic research capacity,” it concluded.

Building regional research expertise is particularly important, the group said. “There is also continuing need to build research capacity in the regional public health laboratories, so that they do not become dominated by the imperative of service provision.”

As it happened, researchers in the UK’s regions gave freely of both their time and expertise to help the government with the research it needed. One such researcher was Stuart Siddell, a professor of virology at the University of Bristol and a member of the AMS working group. Siddell made trips to London at his own expense to lend his expertise to the research effort as well as carrying out research himself at Bristol.

“There’s no specific mechanism [for emergencies],” he told Research Fortnight. The budget for “an extra pair of hands” at the university to help with the research needed at the time would have been very helpful, he suggested. “We did not have any technical assistance.”

Siddell receives a grant from the Wellcome Trust to carry out some of his research. As luck indeed would have it, he was able to negotiate an extension to the remit of his research grant during the epidemic to cover the coronavirus responsible for causing SARS. But he thinks it would have been better if the Health Protection Agency planned for work at the cutting edge when new viruses occur.

“It would be good to have a contingency plan to facilitate those early collaborations,” he suggested. In particular, an emergency fund would be of great benefit. “The scale of the problem could have been much greater,” said Siddell. “We do have to be vigilant. It’s very important that we have mechanisms in place to respond.”

Another member of the working group and AMS fellow, Mike Crumpton, said that although there was no formal requirement for the government to respond, the Academy would value the opportunity to expand on its messages. “How much notice government takes of the Academy I’m really not certain,” said Crumpton. “It’s only in the last few years that the government has turned to the Royal Society and specifically prompted it to examine subjects and take note of the recommendations it has provided.”

He thinks the UK still lacks a compelling or satisfying interface between scientific expertise and government, although this has improved significantly in recent years. And while this seeking of advice means the government is going in the right direction there is a lot more to be done, he said.

“The government has a limited amount of time to do things and it’s a question of how high up the priority list you are,” Crumpton commented. “And yet something like this could be of crucial importance if we had another epidemic similar to Spanish flu, for instance, or a terrorist attack with an unknown or unconventional agent.”

The research base in both animal and human infectious disease research has suffered, the AMS report said. “The UK is losing competitiveness in this field and the weakness is exacerbated by unnecessary divisions between human and animal health research.” This is divorced at both funding and policy levels. “The question of investment in academia and in the public health service in expertise in infectious diseases—not just human but animal diseases as well—our view is that has been significantly eroded over the years,” explained Crumpton.

This was one of the major points identified in the Royal Veterinary College’s response to the AMS report. It warned of the urgent need to develop more expertise in animal and human infectious diseases in the UK. And it flagged up the experience in animal health in terms of the foot and mouth disease, saying this revealed a serious lack of expertise in all branches of microbiology.

This was a point the AMS also identified in the evidence it gave to the House of Lords science and technology committee’s investigation into infectious diseases, as well as to its House of Commons counterpart’s investigation into terrorism. In its report, the AMS called for more funding to build academic research capacity in pathogen discovery and host specificity—prioritised according to perceived risk, but also ensuring cover and response capability.

Asked whether this point was getting through to policy makers, Crumpton let out a derisory laugh. “My own view is that, no, I don’t see it being addressed in any way. But perhaps I’m not party to the discussions that might be going on.”

Crumpton said the SARS outbreak was a particularly useful exercise in terms of a possible bioterrorism outbreak. “I don’t see that there’s really a great deal of difference in how a community responds to a new infectious disease—one introduced deliberately as distinct from one that occurs naturally,” he said.

The government has an Advisory Committee on Dangerous Pathogens—a joint advisory committee between the Health and Safety Executive and the Department of Health. But it has yet to issue an opinion on SARS. It will meet again this week, and SARS is on the agenda.

Meanwhile, the original AMS working group on SARS has recently agreed to maintain its scrutiny of the repercussions of the outbreak and the state of infectious diseases research in the UK more generally. A meeting is to be scheduled for later this year, when the work will be taken up again.

But the government does not appear to share the concerns of the AMS working group. Part of being in government is being responsive to new situations, explained Jane Leese, senior medical officer at the Department of Health, who is also responsible for developing SARS policy. “There’s always flexibility in the system and if one needs to respond to things there’s always a way to do it,” she added.

Generally speaking the mechanisms are in place to deal with situations like SARS, Leese claimed. “This was shown by the response. It was absolutely huge, given we had so few cases.” The UK is well equipped to respond, said Leese. “Everybody has been spending a lot of time over the last two years making sure that contingency plans are in place. They are evolving all the time, you can never say that you’re completely there.”