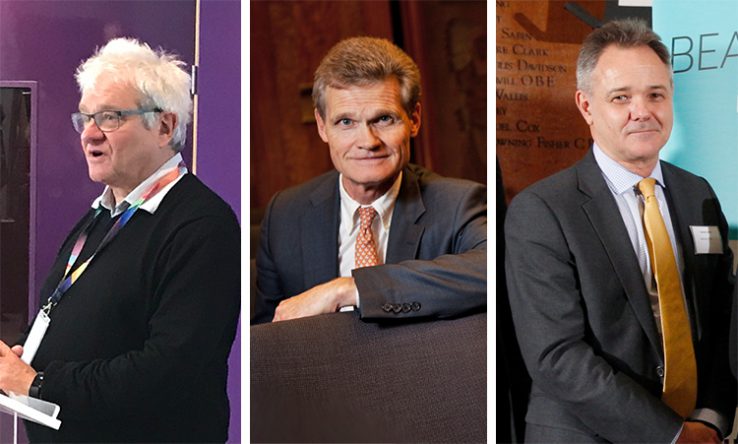 Top scientific experts have bemoaned the government’s “slow” initial response to the Covid-19 pandemic and lack of long-term investment in public health.

Speaking during a House of Commons Health and Social Care Select Committee hearing on the management of the coronavirus outbreak, John Bell, a professor of medicine at the University of Oxford, said a key failure in the government’s response to the pandemic was that it started “too slowly”.

“The fact that we were asleep to the concept that we were going to have a pandemic, I think: shame on us,” Bell told MPs. “Since the year 2000 we’ve had eight close calls of emerging infectious diseases, any one of which could have swept the globe as a pandemic. And some of them had a much higher mortality [rate] than this one.”

Jeremy Farrar, the director of the Wellcome Trust and member of the Scientific Advisory Committee on Emergencies, criticised the lack of investment in public health, telling MPs: “You can’t just turn on and off public health and the response to it. You invest in it over many, many years.”

He added that the world had “underestimated the warning calls” from previous epidemics such as Sars, Ebola and Zika, and “became a little cynical”.

Devi Sridhar, a professor of global public health at the University of Edinburgh, agreed and pointed at high costs of dealing with the pandemic now.

“It’s much cheaper to invest in health ahead of time and prevent a crisis than respond to a crisis afterwards,” she said, “and this is something we’ve learned across the crisis.”

The problem with prevention, she added, is that “no one wants to invest in it because if it works you never really see the gains of it”.

Farrar described the period between January and February 2020 as “absolutely critical” but said there was “not enough urgency” at the time in the UK’s response.

He said that while countries such as Korea, Singapore and Vietnam were quick to implement the lessons from previous epidemics, “the UK was slow to put in place testing, to put in place extra clinical capacity and to make sure healthcare workers were protected with PPE”, leading to an epidemic “taking off” in the UK.

Asked about the UK’s decision to scale down testing and tracing early on in the pandemic, against the advice of the World Health Organisation, Farrar said: “In retrospect…I think that was a mistake”. He added that it would have been a better option to ramp up testing in February.

Paul Nurse, the director of the Francis Crick Institute, said he had concerns about governance and the quality of communication of decisions being made during the pandemic.

He used the example of the decision to invest in large lighthouse laboratories as opposed to existing local laboratories, which he described as a “clearly a big mistake”.

“Sage [said] we needed testing but who made the decision we should rely only on big centralised labs and not consider any other options?” he said.

Nurse identified the need for a “clear governance system”.

“Unless we get that straight we run the risk of sleep-walking into a winter of discontent,” he said.

Another “real major failure” identified by Nurse was the absence of regular systematic testing of all healthcare workers early on in the pandemic. As well as putting patients and staff at risk, it also meant that the public were discouraged from going into hospital for treatment for other diseases such as cancer, he said.