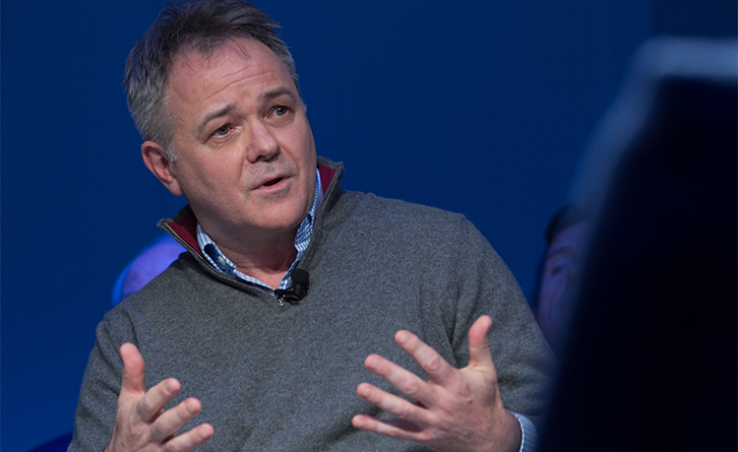 One of the government’s key scientific advisers has said he considered quitting his advisory role “during the darkest moment of the pandemic” last autumn when the government delayed the lockdown that scientists were advocating.

“I began to question the point of giving advice to a body that chose not to use it,” Welcome Trust director Jeremy Farrar said about his membership of the Scientific Advisory Group for Emergencies.

According to The Times newspaper, which released an extract of Farrar’s upcoming book about the pandemic, Farrar said: “There comes a time when you have to ask yourself, and the people you trust, whether you are complicit with the decisions that are made as a result”.

He wrote that “the government chose not to act in September” as cases were rising and scientists were recommending a lockdown, and that “ministers were clearly overriding Sage advice, often while claiming to follow it”.

“The autumn of last year was, without doubt, the lowest point for me during the pandemic,” he said. “I seriously considered resigning from Sage.”

His comments come as the government has controversially lifted all legal Covid-19 restrictions in England on 19 July, dubbed the ‘freedom day’, even as the number of daily new cases is in the tens of thousands and continuing to rise.

‘People were dying in horrific numbers’

Farrar added: “By October 28, I felt the government either did not know, or did not want to reveal, what its policy objectives truly were. It looked to as if the (misguided) purpose of not instigating lockdown was to save the economy at the cost of lives.”

Farrar continued that the UK “was approaching the issue half-heartedly but paying double the penalty: people were dying in horrific numbers and the economy was tanking”.

He concluded that the “state machinery did not get a grip” fast enough during the early days of the pandemic. He called for this to be fixed so decisions can be made swiftly “in a structured, cross-government way”, and ministers work together on tackling future pandemics “whoever is in charge”.

The Wellcome Trust and the Government Office for Science declined to comment further. Research Professional News has approached the health department for comment.

Farrar’s book about the pandemic will be published on 22 July.