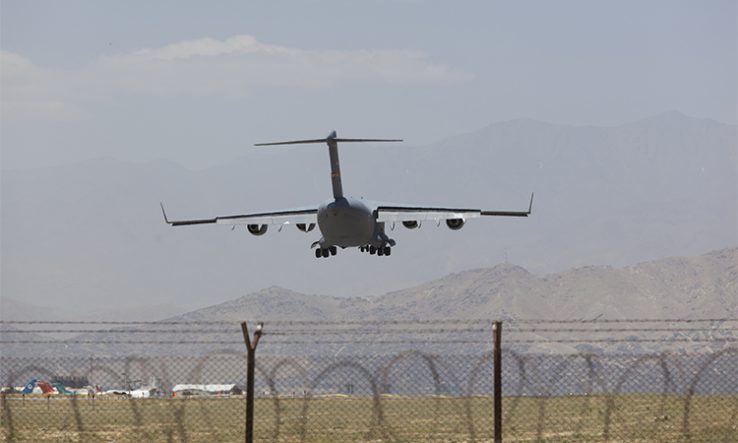 A fundraising drive spearheaded by UK researchers is raising money to get colleagues who are under threat in Afghanistan to safety, many of whom are waiting to hear back from the UK government after applying for resettlement.

The campaign, which has raised more than £23,000 so far, is coordinated by the Gender, Justice and Security Hub—a research network based at the London School of Economics and funded by UK Research and Innovation.

The organisers said that Afghan colleagues and their families were under direct threat from the Taliban due to their highly visible work on issues such as the promotion of women’s rights and gender equality.

Neelam Raina from Middlesex University, who also leads on conflict and displacement for UKRI’s Global Challenges Research Fund, said colleagues “face the possibility of arrest and public execution and punishment”, adding that emails, phone calls, messages and tweets “are landing in a silent space within the government”.

“We knew about the retreat from Afghanistan for months, yet the government did not act,” Raina said. “Whilst they ‘urge’ for action and ‘commit’ to supporting [Afghan citizens], these are empty words with no actions and no timelines in sight.”

A Home Office spokesperson said that the yet-to-open Afghan Citizens’ Resettlement Scheme (ACRS), which will settle up to 20,000 people in the UK, “will prioritise those who have assisted the UK efforts in Afghanistan and stood up for values such as democracy, women’s rights and freedom of speech, rule of law”.

No response to applications

Those that remain have applied for resettlement through the Afghan Relocations and Assistance Policy (Arap) scheme, which, unlike the ACRS, has already been relocating Afghan citizens. As yet, the hub coordinators said there has only been a holding reply from the UK government.

Staff at UCL, Middlesex and LSE have identified a wider group of 185 individuals working on gender equality, women’s rights and displacement, who are either directly involved with those three universities or have a connection with those who do. More than 700 such vulnerable individuals have been identified as in need of relocation by a broader coalition of academic centres and NGOs, which the hub is a part of.

While waiting to hear back about resettlement applications, any funds raised are being used for measures including transporting vulnerable individuals to places of safety and for mitigation amid the developing humanitarian crisis in Afghanistan.

Meanwhile, the Afghanistan Chevening Alumni Network has raised concerns that while current Chevening scholars have been evacuated, former scholars remain in the country.

The group said former scholars were at risk because of their widely known relationship with the UK government. It claimed that having initially classified former Chevening scholars as a priority group, the government subsequently dropped the classification in early September.

The Home Office informed Research Professional News that only those who had been agreed under the Arap scheme were eligible for resettlement in the UK, and this did not include most former Chevening scholars.

The government remains tight-lipped on the steps it is taking to help researchers trapped in Afghanistan. The Foreign Office minister, Lord Ahmad, did not respond directly to a Parliamentary question tabled by Baroness Northover on how many UK-affiliated academics and researchers were in hiding or had made applications to leave the country, but said on 28 September that the government was “prioritising vulnerable groups” in the UK’s resettlement scheme.