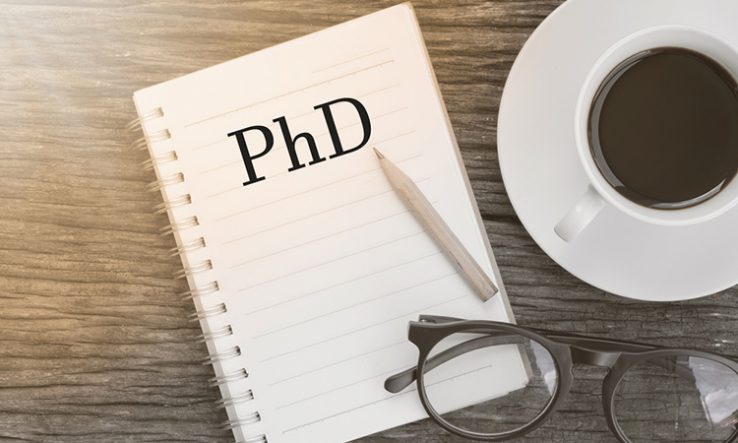 UK Research and Innovation’s promise to extend funding to final-year PhD students as a result of the coronavirus pandemic does not go far enough, students fretting over disruptions to their research have told Research Professional News.

The public funder announced on 9 April that students whose courses are due to be completed by 31 March 2021 can get an extension to their research with additional grants of up to six months.

However, the move has faced strong criticism from PhD students in earlier years of study—particularly those whose fieldwork and data collection have been disrupted as a result of the virus.

Richard Gater, a second-year PhD student at Cardiff University funded by the Economic and Social Research Council, was conducting fieldwork at a youth centre on working-class young men and their attitudes towards employment when the lockdown happened.

“My fieldwork is on hold,” he said. “I have at least another nine interviews to conduct and possibly six months of ethnography…any lost time due to this outbreak significantly affects my research.”

UKRI has said that extensions for students whose end date is after 31 March 2021 will be considered on a “case-by-case basis, with the costs being met from training grant underspend”.

But Gater says this offers “no comfort” for researchers and creates more anxiety.

“Our research has significance beyond our personal goals and may potentially enhance the lives of others,” he said. “Without additional funding that is guaranteed, there is a real possibility that students like myself will be forced to withdraw from their PhD and valuable research will be lost.”

Ross Goldstone, a second-year PhD sociology student at Cardiff University also funded by the ESRC, had been collecting data in educational institutions just before the lockdown in the UK.

“This has meant I am unable to continue to collect data,” he said. “There has been much talk around ‘adjusting’ your project in light of the current crisis, but how can this be done when you have already begun the project? This is just one of a plethora of questions students are asking.”

“I would recommend that the UKRI fundamentally rethink their policy regarding providing financed extensions for PhD students affected by this crisis,” he said. “While giving those at the end of their PhD support is very good, they are not the only ones hit by this crisis and the chosen policy suggests that students have not been consulted at all before this decision was made.”

Angus Naylor, a second-year PhD student at the University of Leeds jointly funded by the ESRC and the Canadian government, said his research into climate change preparedness is likely to be delayed by a full year.

“Currently,” he said, “the travel bans instituted by Covid-19 mean that no fieldwork will be conducted in summer of 2020.”

He described the funding extension for final-year PhD students as “an oversimplified solution to an incredibly complex problem”.

“It is myopic to assume that those who are in their second or first year are not equally or in some cases far more severely affected.

“Indeed, the data collection portion of a doctorate is usually undertaken during the first or second year, not during the final stages,” he said. “The majority of those in their last year will likely be undertaking analysis for data that has already been collected or writing up.”

Simon White, a second-year PhD student at Cardiff University jointly funded by the ESRC and the Office for National Statistics, is currently juggling his research with full-time childcare as well as support for his 90-year-old grandfather who is self-isolating.

After almost a month in lockdown, White said he had little prospect of being able to catch up with his work in time.

He is now urging UKRI to support all PhD students affected by the pandemic. “The apparently arbitrary decision to support those who have a deadline before 31 March 2021 suggests that other students have not been disadvantaged, this is simply not true.”

A UKRI spokesman said “we understand that the current situation is impacting everyone” and that “UKRI is committing to reviewing the situation later this year”.