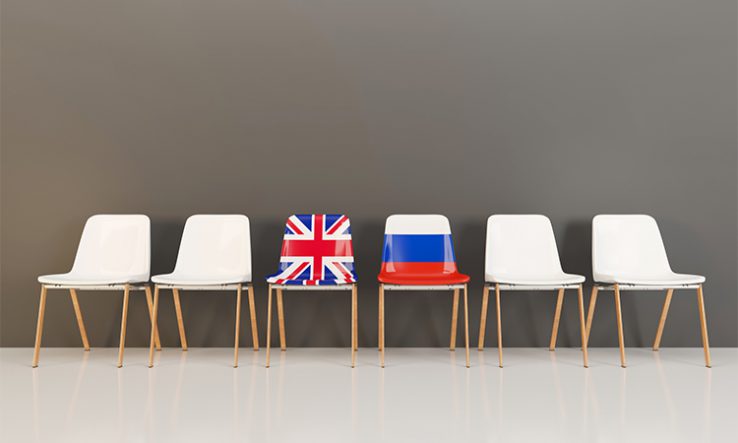 The move was first reported on 13 March by the Financial Times, which said that “almost 50 grants for projects at British universities, with a total value running to tens of millions of pounds” were affected.

The revelation came after UKRI’s parent department, the Department for Business, Energy and Industrial Strategy, announced a “rapid review” of its science and innovation ties with Russia, as part of a wider package of economic sanctions against the country.

Among those affected by UKRI’s decision is Adrian Muxworthy, a professor of earth and planetary magnetism at Imperial College London, and a principal investigator for a joint project on magnetic fields in ancient rocks along with Russian Academy of Sciences researcher Valera Shcherbakov.

On 7 March, Muxworthy said he was notified by UKRI that it was “pausing all payments to grants with potential Russian partners”, including his £656,752 grant.

“Of course, this is really annoying for my research project, but in comparison to what is happening in Ukraine it is unimportant,” he told Research Professional News.

Another affected researcher at a Russell Group university, who did not wish to be identified, told Research Professional News that UKRI’s decision would “likely mean that our projects will all pause prior to publication” and that “there are no contingency plans”.

“Right now,” they added, “we all hope that the disaster that has befallen the Ukrainian people can be halted as soon as possible. This is the most important thing. Then we can begin to pick up the pieces.”

They added that the sanctions imposed by UKRI and other organisations were “completely understandable”.

But they feared that the sanctions would mean that Russian scientists would be “ostracised by all international colleagues and not allowed to publish in international journals”.

A spokesperson for UKRI said the funder “condemns in the strongest possible terms the Russian government’s invasion of Ukraine”.

“At present, and in line with the UK government, UKRI is reviewing its active research projects with Russian partners,” they said. “We are in close contact with colleagues across government to ensure we take the most appropriate actions.

“This is a highly sensitive time, not least because we need to support and protect individuals, and we will share further information as soon as possible.

“Our thoughts remain with everyone affected by the invasion of Ukraine by the Russian government, including colleagues and academic partners who may be dealing with the effects of this directly or indirectly and need our compassion, support, understanding and respect.”

A spokesperson for the Russell Group of research-intensive universities said: “The events of the last few weeks have been deeply troubling for everyone involved and our thoughts are with the people of Ukraine. Since the start of the invasion, our members have prioritised support for staff and students in the UK or overseas who have been affected, and they will continue to do so for as long as this is needed.

“Russell Group universities have reviewed any collaborations or other links they may have had with Russia and are taking appropriate action.”