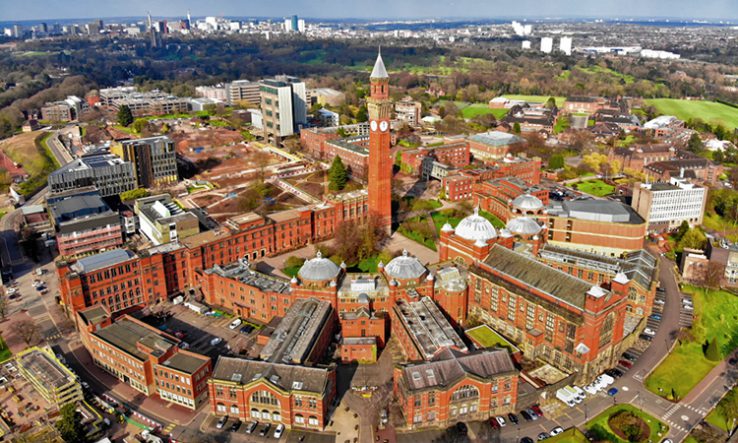 An efficacy study on Covid-19 rapid tests deployed at the University of Birmingham suggests they miss most positive cases, prompting further questions about the government’s strategy to test students en masse.

The study follows concerns raised by experts, including those on Independent Sage, that Innova lateral flow tests could give students a false sense of security as they are unlikely to catch all positive cases.

On 21 December Jon Deeks, a biostatistician at the university, wrote on Twitter about the early results. He said that some 7,189 students were tested at the university between 2 and 9 December, and his team then retested a random sample of 710 Innova negative tests using the gold-standard PCR test. It also retested two positive cases identified using the Innova test.

The two positive Innova tests results were confirmed using the PCR test. “We detected 2 Innova positives from 7,189—our test positive rate was 0.03%,” Deeks said. “This is in line with the unexpectedly low rates from other universities. Both tested positive on PCR.”

But the PCR test also found a further six positives that were not picked up by the rapid test. “We found 6 false negative cases,” Deeks said. “We thus estimate that we found 2 cases and will have missed 60 (because we only double tested 10%). We estimate the true prevalence to be 0.86% which is much more credible than the 0.03% test positive rate.

“We especially made sure our students were aware of the real risk of the test missing cases—because we really know about these things here—and advised them to take all precautions when returning home including isolating.”

Deeks also drew attention to results from Scotland-wide university testing published on 16 December that showed 58 per cent of positives were false positives, not confirmed by a PCR test. This meant students were asked to self-isolate even though they didn’t have the virus. A total of 43,925 rapid tests were carried out across all university and college test sites between 30 November and 12 December.

Deeks said his team have submitted their results to the Department of Health and Social Care (DHSC) and are preparing a preprint paper.

But the department maintains that previous evaluations from Public Health England and the University of Oxford showed lateral flow tests are accurate and sensitive enough to be used in the community.

“The country’s leading scientists rigorously evaluated the Lateral Flow Test and confirmed the accuracy of the tests using a sample of over 8,500,” a DHSC spokesperson told Research Professional News.

“Latest figures for similar settings showing sensitivity of 57.5 per cent generally and 84.3 per cent in people with high viral loads. This means they are accurate, reliable and successfully identify those with Covid-19 who don’t show symptoms and could pass on the virus without realising.

“With up to a third of individuals with Covid-19 not displaying symptoms, broadening testing to identify those showing no symptoms will mean finding positive cases more quickly and break chains of transmission.

“Anyone who tested positive with a lateral flow test during the university testing earlier this month would have been asked to get a confirmatory PCR test.”

But Deeks said the official data used to evaluate the tests were nearly all in people who have symptoms and thus higher viral loads.

“DHSC needs to realise that they have data on how well they work in symptomatic people and that it is different in people without symptoms,” he told Research Professional News. “Universities need to be demanding an urgent proper review of the evidence to decide on what is the best way of protecting students and staff.”

Research Professional News has approached Innova and the University of Birmingham for comment.