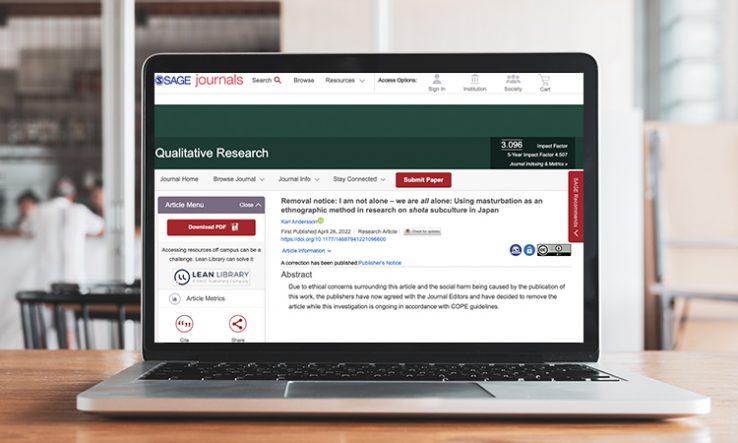 Nalin Thakkar, vice-president for social responsibility at Manchester, said that Andersson worked in “a small, niche area which was a blind spot to us, and clearly there weren’t any checks done on this individual prior to them being accepted”.

The institution has been embroiled in controversy since details of the paper emerged last month.

Speaking to the House of Commons Education Committee on 7 September, Thakkar said Andersson had been accepted as a PhD candidate after he submitted a CV and undertook an interview.

He added that the work Andersson had applied to do at Manchester “did not involve a similar approach to the work that was published”.

Thakkar said that while the controversial paper “was not done as part of his PhD at Manchester, there are certainly lessons for us”, clarifying later in the session that Manchester’s ethics committee had rejected Andersson’s proposed PhD, also related to shota, and asked him to refine it.

Andersson has since been suspended by the university pending the outcome of an internal investigation.

Thakkar was asked why the university had permitted Andersson to study shota comics, despite them generally being illegal in the UK under the Coroners and Justice Act.

“We have people studying illegality and illegal activity, and there may be legitimate reasons to do it,” he said, citing research into terrorist behaviour as an example.

“But we have defined processes for accessing such material and liaison with the relevant authorities—and we would do due diligence in each of those cases,” he said.

Asked directly if due diligence had taken place in the Andersson case, Thakkar said: “No.”

The university had “failed” by not carrying out proper checks on Andersson, he said. “We didn’t know about this [paper] and we should have done due diligence before the student was accepted on the course. I can hold up my hands to that.”

After the police investigation was opened in August, a spokesperson for the university said it was not aware of the background information on the student and that the case had “highlighted that we must ensure our PhD student-recruitment processes are sufficiently robust to appropriately scrutinise the legal, ethical and safeguarding issues of the proposed research and applicants’ prior related activities where relevant”.