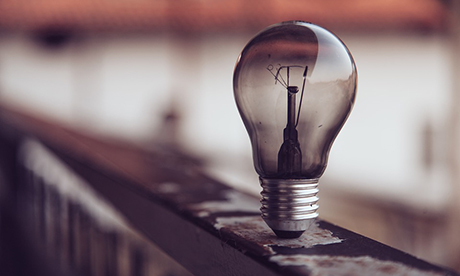 It’s not often that a policymaker publishes a book in the same month that his department produces a major piece of work. But that’s the coincidence between the industrial strategy white paper published on Monday and Capitalism Without Capital: The rise of the intangible economy, by economist Jonathan Haskel of Imperial College London and said policymaker, Stian Westlake, adviser to science minister Jo Johnson.

Haskel and Westlake describe how in many developed economies, including the UK, firms’ investment in intellectual property—for example, brands, software and R&D—has come to outstrip investment in physical stuff such as buildings and machines.

Two properties of intangible assets particularly relevant to research policy are that they create spillovers—because knowledge is harder to monopolise than kit—and synergies, because ideas tend to combine into something new.

To illustrate the first property, Haskel and Westlake describe how the British electronics company EMI developed the CT scanner, only to see it commercialised by Siemens and General Electric. As an example of the second, they show how the microwave is the child of military radar technology and design and branding know-how.

Clearly the intangible economy is not the only force driving industrial strategy, and Westlake is not the white paper’s sole author. But his and Haskel’s book is a guide to understanding how research and innovation policy are changing.

The prospect that innovation will spill over to those that didn’t pay for it, for example, makes firms more reluctant to invest in R&D. This has always been the rationale for public support of basic research, but Haskel and Westlake argue that public funding will be more necessary in an intangible-driven economy, because it will be harder to innovate without creating spillovers.

Government research spending, then, will probably need to go up. This makes it more politically salient, which will mean a shift from technocratic to democratic control. This in turn will see spending directed towards specific goals, because, as Haskel and Westlake note, this wins public approval.

Looking back, such insights help explain both the political support for the science budget through the austerity years, and the increasing strings attached to funding, via challenges, prizes, impact agendas and so on.

The desire to try and capture spillovers within national borders, rather than watch them get mopped up by Korea and China, underpins initiatives such as the Graphene Engineering Innovation Centre, part of Manchester’s efforts to become a “graphene city”.

Such clusters of research should also nurture synergies. The same goal of being more than the sum of one’s parts drives efforts to better support interdisciplinary work via reforms to the Research Excellence Framework and the creation of UK Research and Innovation.

Looking forward, you can see the focus on intangibles in the white paper’s emphasis on productivity and geographic inequality. To quote Haskel and Westlake, “science policy can be a complement with regional policy and not a substitute for it”. The support for the Oxford-Milton Keynes-Cambridge corridor announced in last week’s budget also shows increased effort to join up R&D policy with areas such as transport.

The commercialisation of research looks different in an intangible economy. Social science research—into, say, supply chains or teleworking—will become increasingly important. As the Institute of Public Policy Research noted recently, the UK’s productivity problem lies not in frontier industries such as aerospace and pharmaceuticals, but in services such as tourism and hospitality.

A focus on intangibles also foregrounds the economic clout of the arts and humanities—witness the queues extending from the British Library’s Harry Potter-themed exhibition on the history of magic. All this might shake up spending hierarchies and priorities, sparking turf wars between disciplines and funders and raising questions around what the state should support and what should be left to the market.

One could imagine these priorities earning  disapproval from both natural scientists and populists, neither of whom might see them as proper science. The government’s nerve could be as significant as its generosity; a history of churn in industrial policy is not a reassuring precedent here. As the Institute for Government has pointed out, this is the UK’s third industrial strategy of the past decade.

Even if the initiatives change, however, the intangible economy is here to stay. The idea that science and innovation drive the economy has become commonplace. Haskel and Westlake’s book shows why the reverse dynamic—of economic needs driving research—is increasingly significant.

Something to add? Email comment@ResearchResearch.com