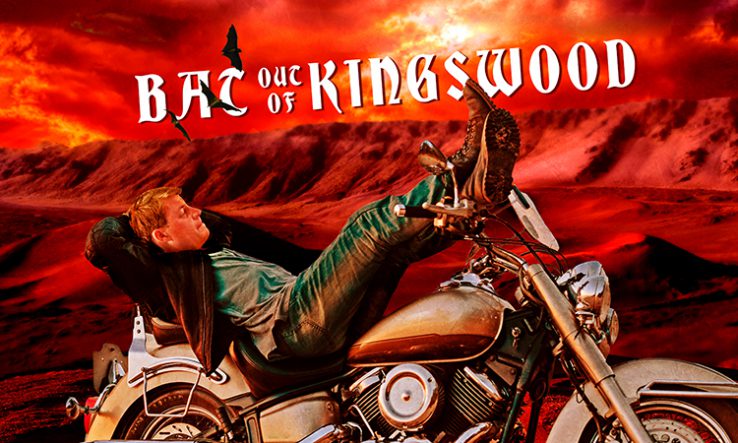 There's not a dry eye in the house as minister takes his loaf, er… leave

Busy week ahead with Sajid wanting numbers for the budget. Dom has also asked for figures. Seems I’m being asked for the same information so many times. Now I know what it feels like to write a REF submission.

I’m trying to work in my office at the DfE but it’s like Piccadilly Circus round here. A junior civil servant keeps coming in to ask if I’ve ever thought about joining a union?

Me: Why would I want to do that?

Civil servant: Protection against precarity in the workplace.

Me: I’m the minister for universities.

Me: What’s this union called?

Civil servant: The Union for Cabinet-ministers and Under-secretaries.

Me: UCU? You’re having a laugh.

I’ve just got rid of him when someone comes in that I don’t recognise.

Visitor: No, no, it’s fine just came to have a look.

Visitor: The office, not much room but it might be fine if the bookcases went.

Me: I don’t want to get rid of my bookcases.

Visitor: Of course not. Is that a double plug socket or a single?

Me: Double. Sorry, have we met?

Visitor: I’m just a very junior member of the government.

Me: We’re all on the same team, what do you do?

Me: Isn’t that Kemi Badenoch?

Me: So, you really are the under-secretary for children. What’s your name?

Me: Well, Michelle, Michelle Donelan, I think Sam Gyimah started as under-secretary for children. Maybe one day you’ll do what Gyimah did.

Me: No, be minister for universities and science.

Michelle: No that’s not going to happen.

Me: You never know, I’ve got a funny feeling about you.

Me: Yes, you are young, ambitious and straightforward.

I’m in BEIS trying to sort these budget figures when there is a knock on the door.

Me: Come in Michael.

Michael: It’s only me, Govey, the Govester, Michael Gove, duke of Lancaster.

Me: I can see that Michael, come in. What brings you over to Victoria Street?

Gove: Chris, Chrissie, St Christopher, Chris Christopherson, you know we go back a long way, back to when we were in opposition together. When it was just you and me, Dom Cummings, and Rachel Wolf against the blob.

Me: How can I forget? I had the desk in the broom cupboard.

Gove: It was a thought pod. But you know, I’ve been loyal to you all these years. Loyal, loyal, loyal—that’s me.

Gove: So, I’m just checking everything is okay with you Chris.

Gove: Yes, okay. Everything okay with you?

Me: Really? Thanks, but I’m a bit busy at the moment, what with Sajid’s budget, and then I’ve got to go to Oxford to break ground on the new Harwell campus.

Gove: Whatever. I just wanted to thank you on behalf of number 10.

Gove: For all those trips to the north you’ve been making recently to universities: Manchester, Leeds, Nottingham, Leicester…

Gove: Whatever, Christopher. Anyway, since you like north of England so much, Boris wants you to go again.

Gove: Labour’s new higher education person is from Hull, so we’d like you to go up to her constituency and make a point.

Me: I can do it in a couple of weeks. When do you want me to go?

Me: Saturday? But that’s a family day.

Gove: Is it? Families for science or something? Sounds ideal.

Me: Yes, I try not to work on Saturdays.

Me: What does that mean?

Gove: Not very loyal is it? People might begin to think that you weren’t sound.

Gove: Never mind, look at me chattering away like Graham Norton, got to go. Is Andrea Leadsom’s office nearby?

Me: Down the corridor.

Gove: Bye Chris, look after yourself.

He leaves. That was odd, but I’m not working on Saturday. I start to sing to myself:

Must remember to buy a Valentine’s card today for Mrs Skidmore. She’ll be scrutinising my submission like some sort of Romance Excellence Framework. I’m trying to get out the office to give a speech at the Unite Foundation, when there is knock on the door.

Dom: Skidders, do you have those budget numbers?

Me: I thought we had until Friday to submit them?

Dom: Yeah, of course, it would just be good if you had anything to give me right now.

Me: They are still a bit rough.

Dom: You know that you and I go back a long way Chris.

Dom: When it was just me, Rachel and you against the blob.

Dom: Just me, Rachel and you.

Me: PJ Masks, it’s a kid’s TV programme, on the Disney Channel.

Dom: What are you talking about?

Me: You should watch it. It’s about kids who turn into animals to fight crime.

Dom: Are you quite well?

Me: You should get out of London Dom, open your mind to new things.

Dom: For crying out loud, I’ve got things to do. This is the moment where the rubber meets the road. This government is all revved up with no place to go. We need those numbers.

Me: I can get them to you on Friday.

Dom: I see. You voted Remain didn’t you, Christopher?

Dom: I see. Just be careful that people don’t begin to think that you aren’t sound.

Me: Sound? Has anyone ever told you that you are a real dead ringer for Gove? Anyway, I’ve got to go now to the Unite care leavers in HE event.

I’m up early to sort out those budget figures. I get a text from Dom:

“Roses are red,
Violets are blue,
Rome has been sacked,
And so are you.

So long and thanks for all the fish.”

Thank God for that, at least I don’t have to pretend to think Brexit is a good idea anymore. I make a coffee and sit at my desk in the flat, thinking about all the things I could do with my time now.

I could go back to rock and roll. I could grow my hair long again and head off on my silver back phantom bike. I start to sing to myself:

The SpAds are screaming, and the press are howling
Way down in Westminster tonight
There’s a man in the shadows and knives are out
And a blade shining oh so bright
There’s change in the air and there’s reshuffle in the sky
And Dom’s walking around the streets
And down in the shires where the Tories are rising
Oh, I swear I saw a university down in the gutter
It was starting to fail in the TEF

Ottolie, baby you’re the only thing in this whole world
That’s pure and good and right
And wherever you are and wherever you go
There’s always gonna be some light
But I gotta get out, I gotta break out now
Before the final crack of dawn

Science, HE had to make the most of our time together
When it’s over, you know
We’ll all be so alone

I dance around the flat, playing air guitar

I close my eyes, daydreaming and drive off into the sunset

Terms of use: this is a free email for fun on a Friday, it should circulate freely like categorical assurances to retain your chancellor of the exchequer. Want to apply for the vacant position of science minister? Want to say hello? Email ivorytower@researchresearch.com